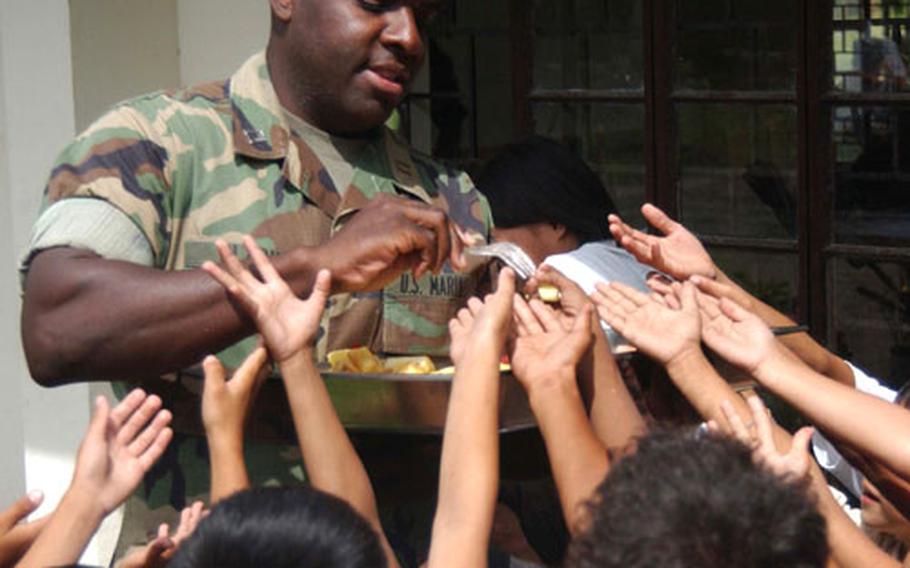 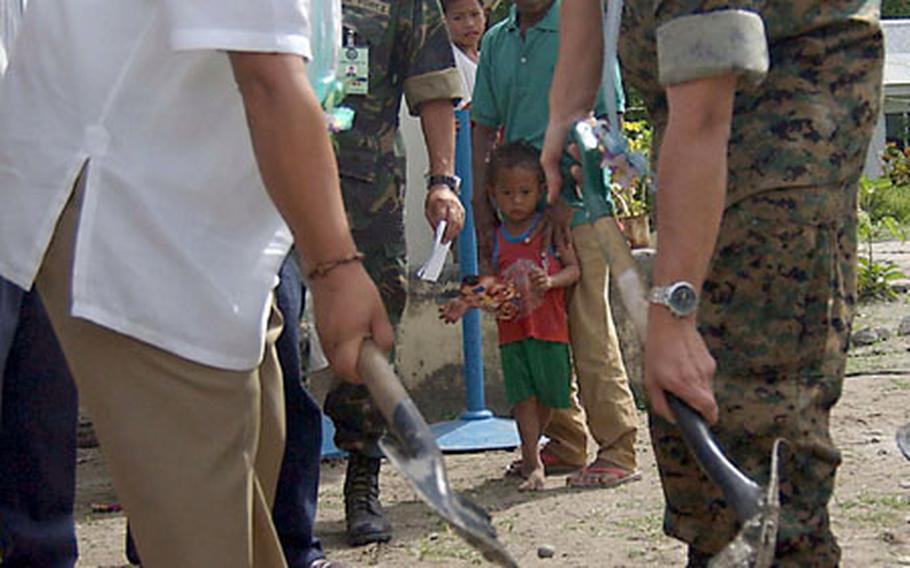 Reynaldo Catacutan, the mayor of Capas, Tarlac, and Marine Maj. Rob Gomez, Talon Vision operations officer, shovel wet concrete in the corner stone of a new school building during a ceremony Oct. 20. Okinawa-based Marines are in the Philippines for a two-week exercise with Philippines Armed Forces. (Courtesy of USMC)

While Marines from Okinawa prepare for the start of a two-week exercise in the Philippines&#8217; central Luzon, a team of engineers is engaged in a construction project in the remote Barangay Maruglo community of Capa, in the province of Tarlac.

A combined engineering team of 20 Marines and 15 airmen from the Philippines air force began the effort this week as part of the humanitarian-assistance portion of the Talon Vision &#8217;04 exercise. It includes building a school, a community center and recreation facilities, according to a Marine press release.

Some 900 Marines from the 1st Marine Air Wing and 3rd Marine Division are taking part in the exercise, which starts Nov. 1. Talon Vision is a &#8220;bilateral training exercise designed to improve and maintain the interoperability, combat readiness, and enhance the professional relationships between the U.S. and Philippine Armed Forces,&#8221; according to the release.

The exercise, which focuses on integrating ground and air forces, is taking place at several Philippine military installations in central Luzon, including Clark Field, a former U.S. Air Force base.

The entire project was proposed and planned within a week, proving how well the two militaries already work together, he said, according to the release.

&#8220;This project brings unity between the two nations and the two groups of engineers,&#8221; said Gunnery Sgt. Raymond Davis, the staff noncommissioned officer in charge for the Marine engineering detachment involved in the project.