Exclusion zone set up around site of Marine choppers crash 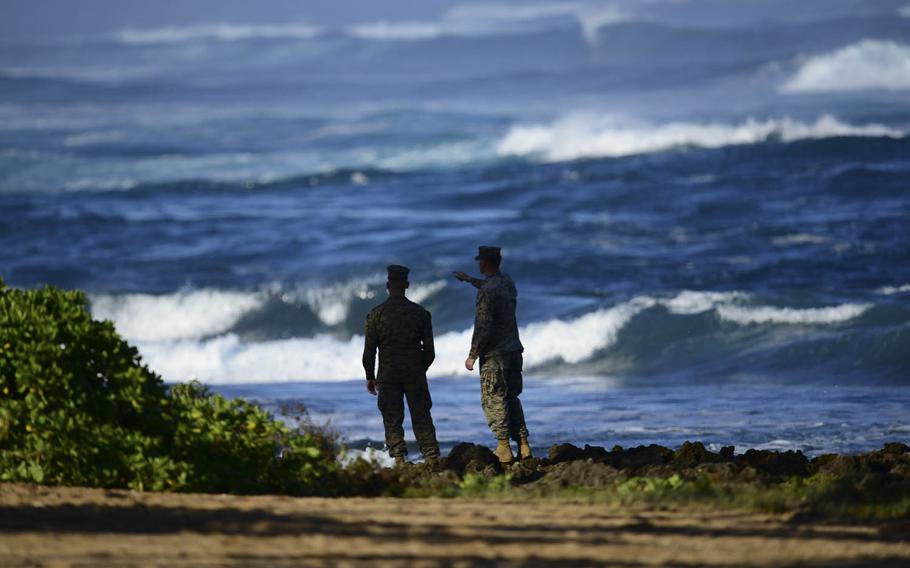 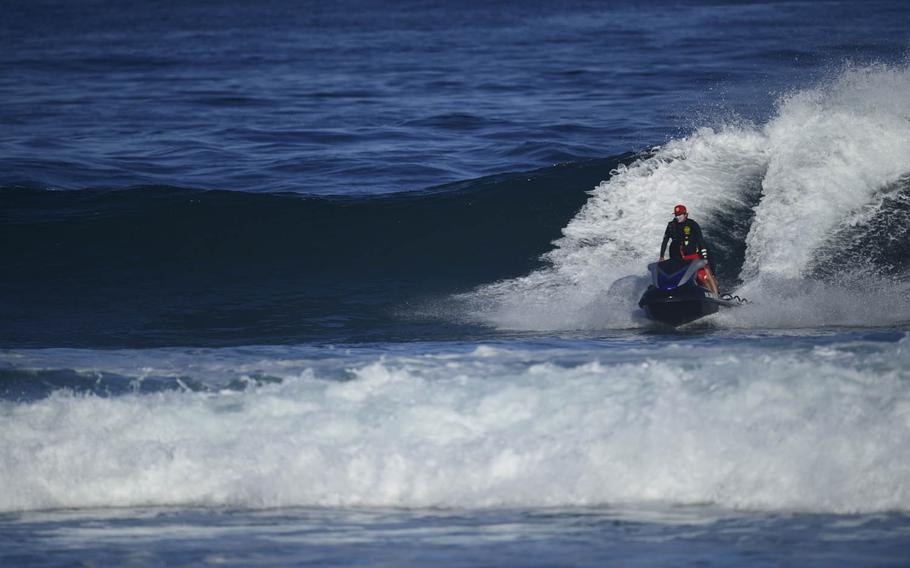 The safety zone, about three miles off Oahu’s North Shore, was established Thursday to clear the way for salvaging underwater debris after the Jan. 14 crash, which remains under investigation.

An intense five-day search ended Tuesday without finding a trace of the Marines. The helicopters’ four life rafts were found with no sign that they had been used.

The safety zone — which will remain in effect through Feb. 10, or until salvage operations are complete — encompasses waters extending a mile in all directions around the location of the salvage operations, about three miles northwest of a small boat harbor in Haleiwa.

No vessel or person is permitted to enter the safety zone without Coast Guard authorization. Violators face penalties of up to $40,000 for each infraction, or a criminal sentence of up to 25 years and a $250,000 fine, the Coast Guard said. Vessels may also be seized and held liable for any monetary assessments.

The Marines is heading the salvage work and will continue to search for debris and the missing Marines’ remains.

Capt. James D. Jenkins, Hawaii Coast Guard commander, told reporters Tuesday that a widespread debris field had been found using remotely controlled underwater vehicles. The debris was consistent with what would be found from the helicopters, CH-53E Super Stallions.

The helicopters did not have voice recorders or other devices to provide highly detailed information about the crash, which means investigators will have to painstakingly piece together much of the debris.

An aviation mishap board will investigate the cause of the crash and possibly provide recommendations to prevent incidents.

Marine Corps Base Hawaii will host a memorial service for the 12 Marines at 10 a.m. Friday in hangar 102, according to the 1st Battalion 12th Marines’ Facebook page.

While there is “no way to comprehend the grief their families feel today, this we do know: These proud Marines died as they lived, in service to a country they loved and in dedication to a cause greater than themselves,” Defense Secretary Ash Carter said in a statement Wednesday.

Efforts by the Coast Guard, Navy, Marines and others to search day and night in rough seas and heavy swells was testimony that “leave no man behind” is “not a simple slogan: It was a solemn oath,” he said.