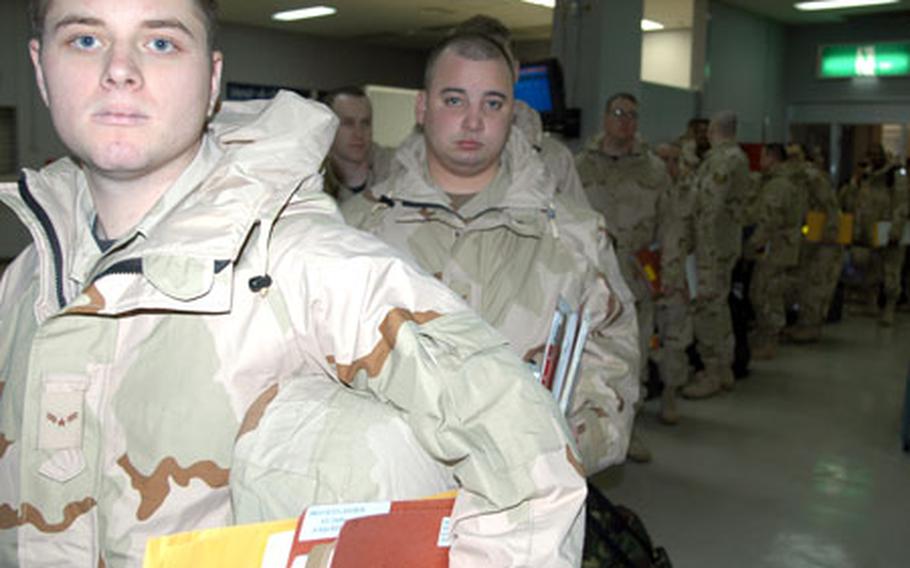 Airman 1st Class David Dracouless, 20, an electrical environmental technician with the 35th Maintenance Squadron, was near the front of a line of about 100 Misawa airmen who were getting ready to deploy to Iraq Wednesday morning from the base passenger terminal. (Jennifer H. Svan / S&S)

Airman 1st Class David Dracouless, 20, an electrical environmental technician with the 35th Maintenance Squadron, was near the front of a line of about 100 Misawa airmen who were getting ready to deploy to Iraq Wednesday morning from the base passenger terminal. (Jennifer H. Svan / S&S) 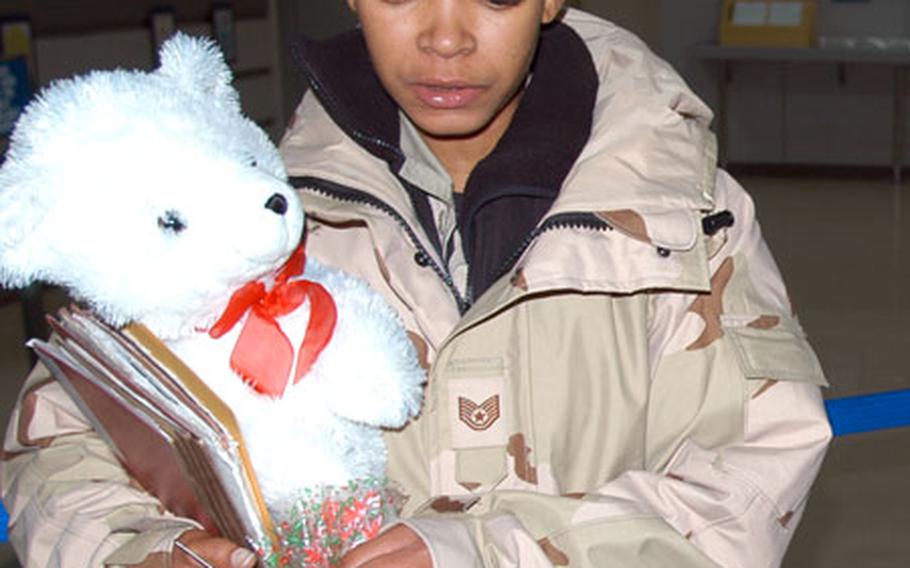 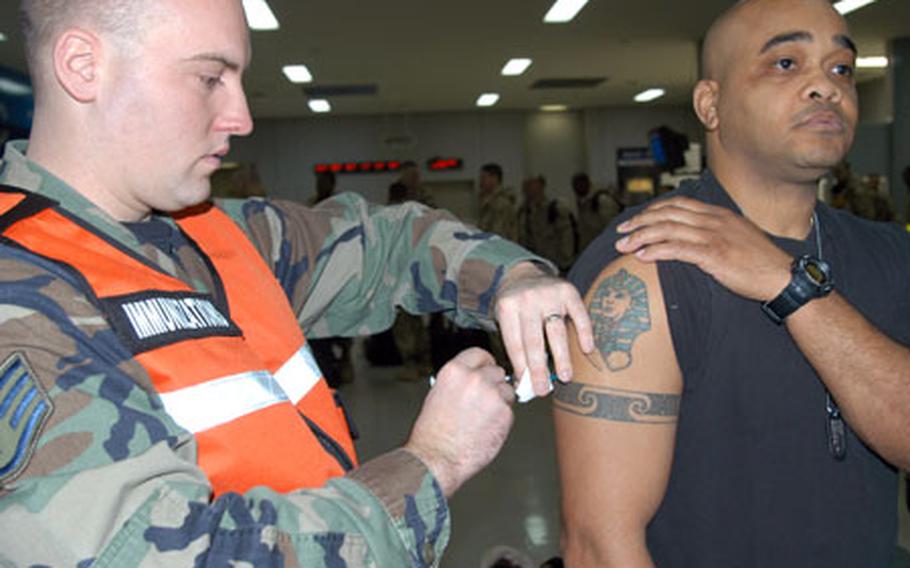 Staff Sgt. Jason Peters, noncommissioned officer in charge of the Misawa Air Base allergy and immunization clinic, gives a last-minute shot to Tech. Sgt. Charles Cox Jr. Wednesday morning at the base passenger terminal. Cox was among about 100 Misawa airmen who departed Wednesday for a 4-month deployment to Iraq. (Jennifer H. Svan / S&S)

It was 4 in the morning Wednesday, and Deraas was standing in a line stacked about 100 deep. Dressed in desert fatigues, their bags packed, the Misawa airmen processing through the base&#8217;s passenger terminal indeed were war-bound.

As airmen joked and chatted with each other or stood quietly by themselves, emotions generally fell into two categories: Excited and nervous.

Some, like Deraas, were looking forward to the opportunity to use their skills in a combat environment.

But others, such as Airman Brandon Cunningham, couldn&#8217;t shake the jitters of a first-time deployment to a war zone that churns out casualties by the day.

After having their chartered flight delayed several days, the airmen finally were destined for an undisclosed base in Iraq.

For four months, they&#8217;ll support Misawa&#8217;s 14th Fighter Squadron, which has been charged with providing cover to ground troops.

More than 400 Misawa airmen have been tagged for the current deployment.

The 14th Fighter Squadron&#8217;s F-16s along with another large contingent of airmen left Tuesday, while a smaller group of maintainers left Monday.

Many airmen are deploying for the first time, said Tech. Sgt. Crystal Deann Burnett, 34, an avionics technician with the 35th Aircraft Maintenance Squadron, and they don&#8217;t know what to expect.

It&#8217;s a first deployment for Staff Sgt. Dennis Williams, 24, who also loads bombs and missiles on the F-16. But he&#8217;s ready, he said while leaving last week with a small advance team of airmen.