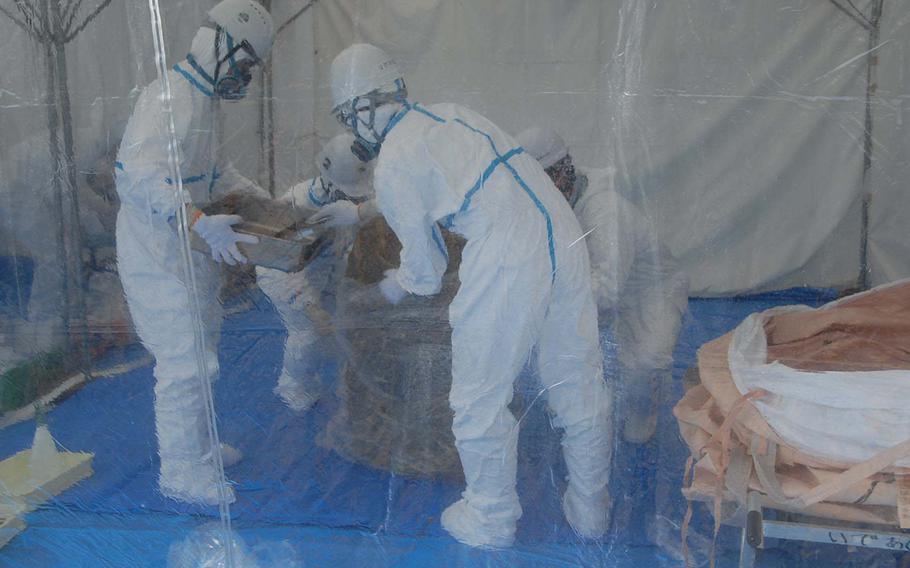 The announcement to investigate the magnetic anomalies — thought to be more barrels or other metal objects — was made Thursday by the Okinawa Defense Bureau. Should any barrels or substances that indicate the presence of defoliants be found, the bureau plans to notify the city and prefectural governments immediately.

The excavation comes on the heels of a report released by the Japanese government in July that found while 83 barrels already unearthed in the reclaimed land adjacent to the Kadena Air Base fence line contained ingredients used in Agent Orange, they were of the incorrect consistency and quantities however, leading officials to instead believe they were used in a common herbicide.

The barrels caused a stir amongst both locals and U.S. military personnel and dependents when they were found. Veterans who have claimed exposure to Agent Orange while stationed on Okinawa said it confirmed what they had been saying all along. Parents of students at the nearby Amelia Earhart Intermediate School, Bob Hope Primary School and the Kadena middle and high schools expressed concern. Activists and local media also seized on the issue.

The U.S. military’s position has been that Agent Orange — which defoliated jungles during the Vietnam War and has been blamed for a slew of health problems in veterans — was never stored, shipped through or used on Okinawa. A study commissioned by the DOD has backed that assertion. The military discontinued use of Agent Orange in the early 1970s.

The defense bureau has said it was unlikely the barrels posed a health risk. Tests have shown the air and water, on and off base, are safe.

The excavation report will be released by the end of March, a bureau spokesman said.