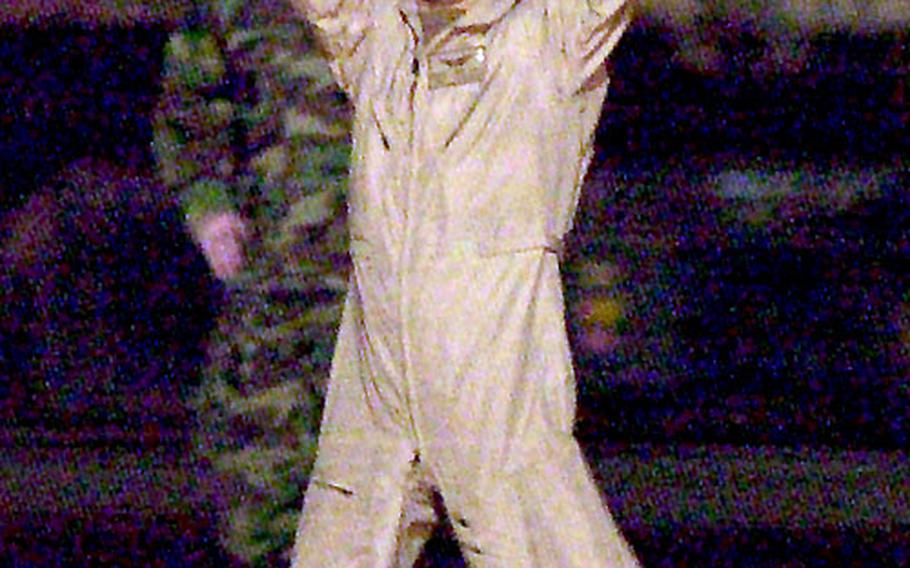 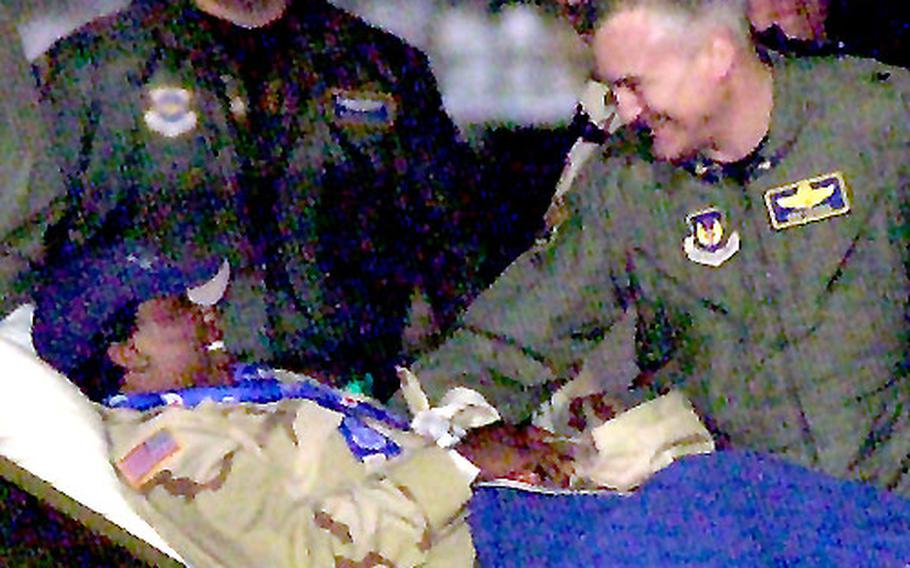 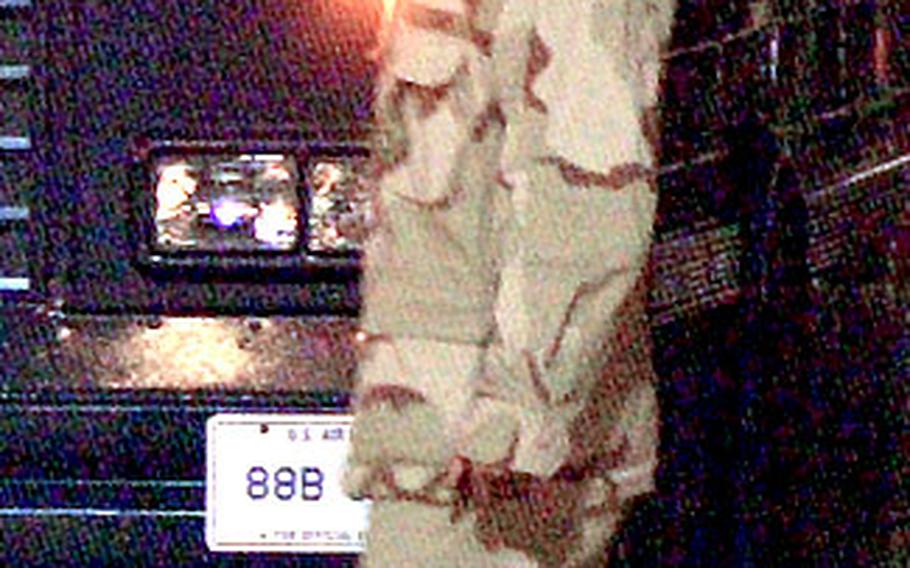 &#8220;They are in good spirits. They went and ate lunch at the dining facility today,&#8221; said Marie Shaw, hospital spokeswoman.

All except Spc. Shoshana Johnson, who is in a wheelchair with wounds to her feet, are fit enough to walk, Shaw said.

The two Apache helicopter pilots and five soldiers from a maintenance unit were found Sunday by U.S. forces heading toward Tikrit, Iraq. Initially cared for in a U.S. hospital in Kuwait, the seven will be treated for wounds and debriefed by counselors at Landstuhl before heading home to the United States.

&#8220;They are talking with each other and with the staff,&#8221; Shaw said, adding that some could be returning home within the next couple of days.

At Landstuhl, the seven were reported to be speaking with psychologists and a chaplain to help them deal with their ordeal.

&#8220;They bonded as prisoners when they were there, but they will each need individual attention,&#8221; said a Landstuhl spokesman, Dan Unger.

All were captured on March 23 in an ambush near the Iraq city of An Nasiriyah as U.S. troops advanced toward Baghdad.

The soldiers were greeted with whistles and claps by a small welcoming party at Ramstein that included wing commander Brig. Gen. Erwin F. Lessel III.

As six of the soldiers walked toward a waiting bus, they waved at news media. One Apache pilot, Chief Warrant Officer David S. Williams, lifted his arms over his head like a boxer who had just won a match. Another soldier flashed a peace sign as the bus drove off the tarmac.

Johnson, 30, of Fort Bliss, Texas, was carried from the plane on a stretcher. Johnson, who wore a blue baseball cap, turned her smiling face toward the crowd as she was toted to an ambulance. She reportedly had been shot in a foot.

Johnson and four of the rescued soldiers are part of the 507th Maintenance Company, as is Pfc. Jessica Lynch. Lynch, 19, was rescued from her Iraqi captors on April 2. She was treated at the hospital in Land- stuhl and flown to Walter Reed Army Medical Center in Washington, D.C., on Saturday.

The freed 507th soldiers who arrived in Germany are Spc. Edgar Hernandez, 21, of Mission, Texas, who was reportedly shot in the elbow; Spc. Joseph Hudson, 23, of Alamogordo, N.M.; Pfc. Patrick Miller, 23, of Park City, Kan.; and Sgt. James Riley, 31, of Pennsauken, N.J.

The freed pilots, from the 1st Battalion, 227th Aviation Regiment, are Williams of Orlando, Fla., and Chief Warrant Officer Ronald D. Young, 26, of Lithia Springs, Ga. Their Apache attack helicopter was forced to land in a field southwest of Baghdad.

The C-141 also carried about 50 other ill or wounded soldiers from Iraq to the hospital.

Doctors at Landstuhl have treated more than 500 patients from Operation Iraqi Freedom, including 223 combat casualties.

Landstuhl is the largest U.S. military hospital outside the United States, and so far has treated more than 200 patients with battlefield injuries from the war in Iraq.