Ex-NBA stars shoot for laughs at basketball clinic in Vicenza 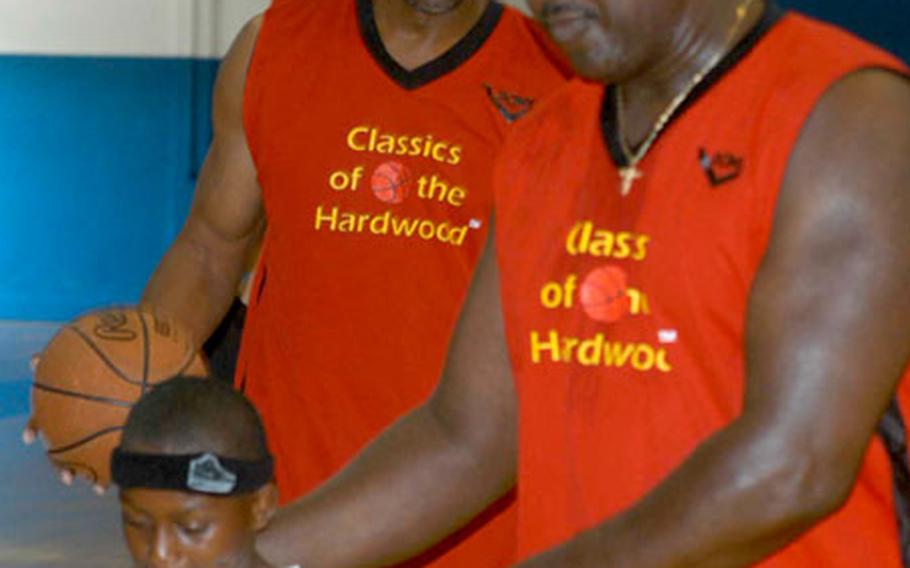 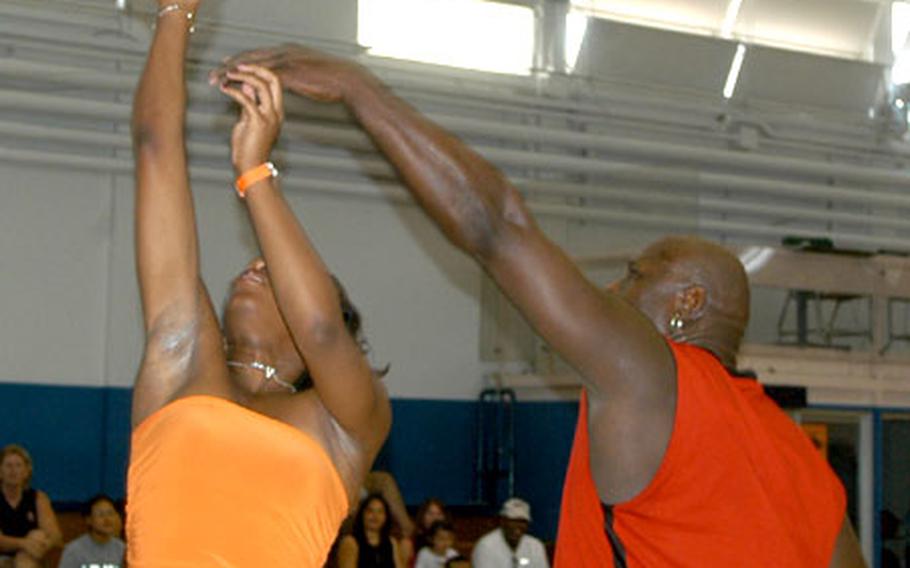 Volanta Stoveall manages to get a shot off before Darryl Dawkins can swat it away. (Kent Harris / S&S) 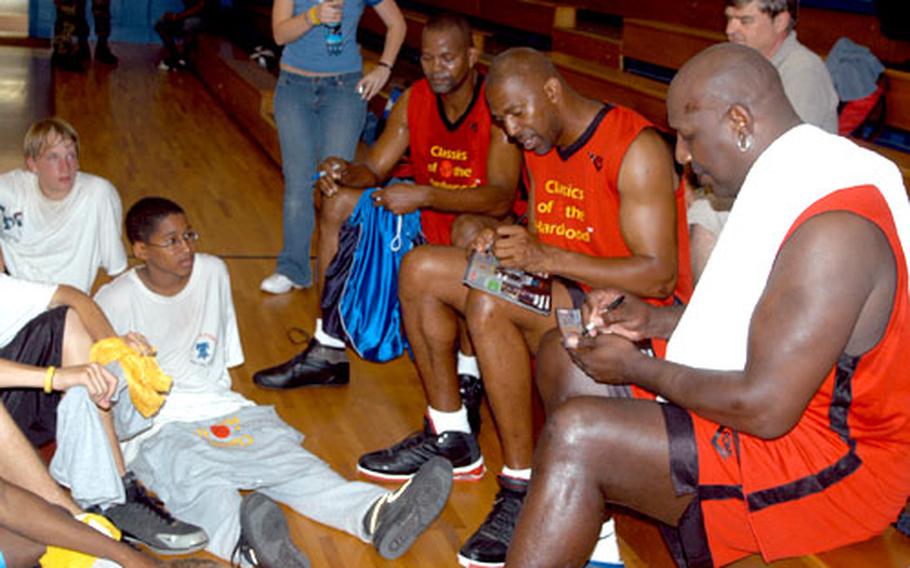 But three former NBA players called their swing though Europe &#8220;a once-in-a-lifetime experience&#8221; and said they&#8217;re hoping to bring some smiles to servicemembers and their families.

&#8220;For us as athletes/entertainers, this is the best way for us to give something back,&#8221; said Thurl Bailey, who spent 16 years playing professionally. &#8220;Our armed forces are sacrificing their time with their families for our benefit. It&#8217;s the least we can do.&#8221;

Bailey, Darryl Dawkins and Dale Ellis put on a clinic for kids in the morning, signed autographs in the food court at lunch and then entertained a small crowd in the base gymnasium in the afternoon.

For Bailey and Dawkins, who both played professionally in Italy, it was like turning back the clock. Dawkins recalled a trip to Camp Darby in 1989 &#8212; when he was just starting a five-year career in Italy. He said he picked up a few American items that he couldn&#8217;t get elsewhere in Italy.

This trip is all about giving back, though.

Bailey spent much of his career with the Utah Jazz. He also played for three teams in Italy and spent more time playing ball in Greece. But he&#8217;s most remembered for being on the North Carolina State team that won an improbable national championship in 1983.

These days, he provides commentary for Jazz games and University of Utah basketball, works as a motivational speaker and has produced four music CDs. He joked that he&#8217;d have to send a few over to get them stocked in military exchanges.

But Dawkins, one of the first players to go directly from high school to the pros, was the real jokester during the clinics and shows. Known during his playing days as &#8220;Chocolate Thunder,&#8221; Dawkins was one of the game&#8217;s biggest personalities, which wouldn&#8217;t surprise anybody familiar with his career.

&#8220;I&#8217;m not going to coach you all no more,&#8221; he said in mock disgust as several kids missed their shots during a shooting drill. A few minutes later he claimed victory &#8212; for the team coached by Ellis &#8212; after another drill. And he was also a big obstacle &#8212; 6-feet, 11-inches and 310 pounds &#8212; during layup drills, rejecting shot after shot. Most of those shooting weren&#8217;t old enough to recall Dawkins&#8217; playing days, when he was known as a monster dunker who shattered several glass backboards. But several onlookers remembered, and laughed all the harder.

The three are set to run similar clinics and entertain communities in Germany over the next few days. Visits to Mannheim and Darmstadt are set for Saturday, followed by Kitzingen on Sunday and Baumholder on Monday.

Brian Lee, who works for the company helping to sponsor the tour &#8212; Pro Sports MVP &#8212; said the three were originally supposed to go to Kuwait and Iraq, but were switched to Europe because of security concerns.

Instead, the trip started with multiple stops in Bosnia and Kosovo.