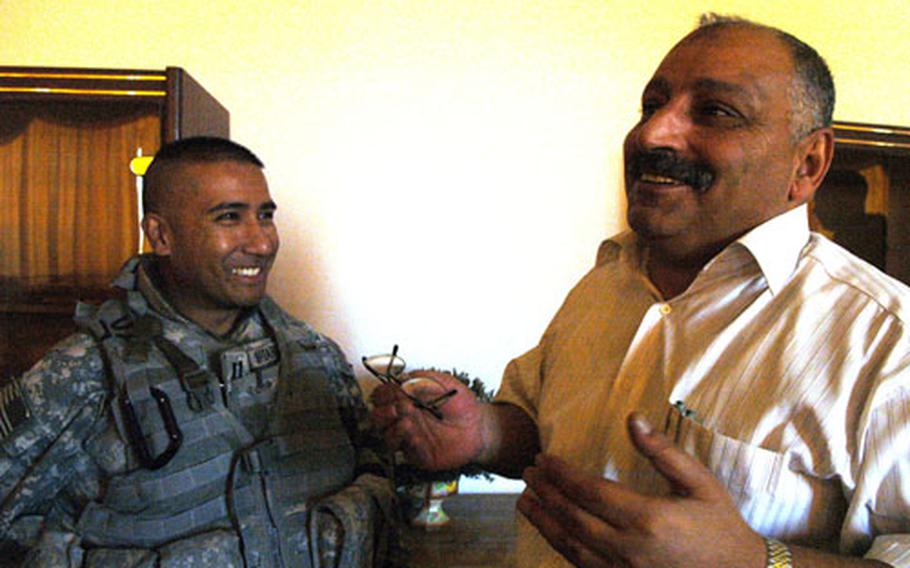 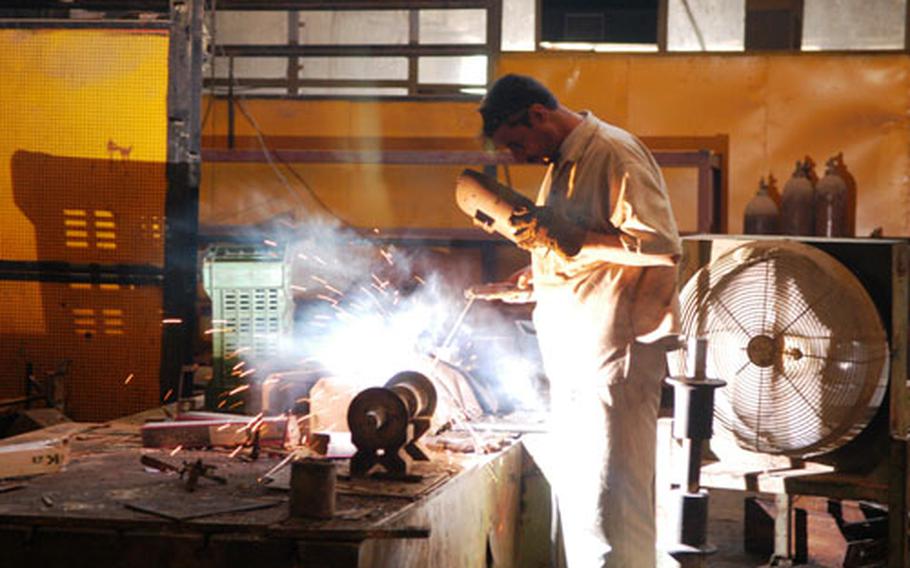 The al Ikaa factory near Fallujah currently employs about 1,000 people, but has the potential to put over 4,000 people back to work building parts for cement factories, cellular phone towers and bridges, the Army said this week. (Allison Batdorff / S&S) 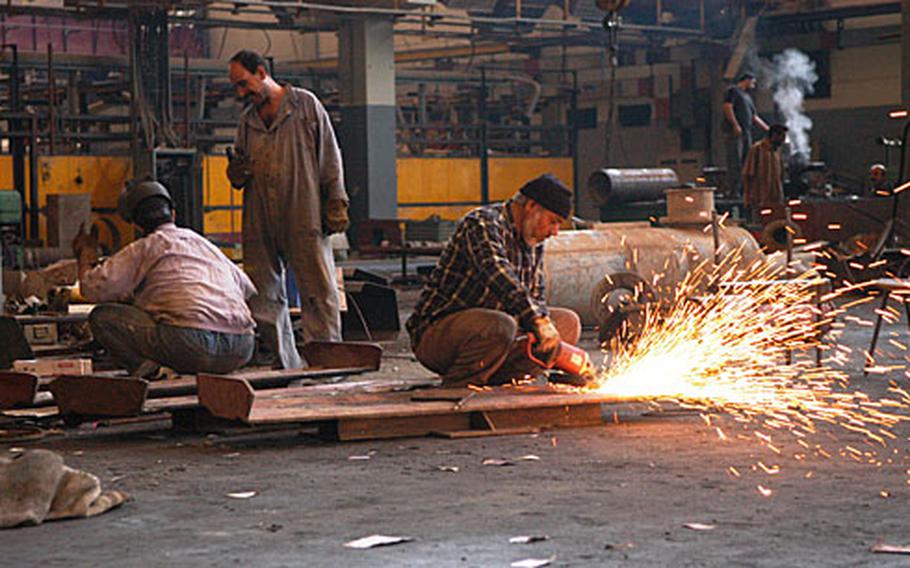 The former workers of the al Ikaa factory kept it from a looted fate common to other Anbar province factories by providing security for their workplace. (Allison Batdorff / S&S)

&#8220;We were number one in Iraq,&#8221; recalls Akram Shakir Abdul Fatah, owner of the munitions plant that was originally constructed in 1982.

Now, the Anbar province factory is in line for another sort of defense contract &#8212; a multimillion grant from the U.S. to help rebuild Iraq.

The factory has &#8220;incredible potential&#8221; &#8212; so much, that the president of the United States has been briefed about it, said officials with the U.S. Army&#8217;s 5th Squadron, 7th Cavalry this week, after putting the al Ikaa factory up for a $3.6 million Commander&#8217;s Emergency Response Program, or CERP, grant.

Right now, the factory builds metal parts for cement factories and is running at 25 percent capacity with a work force of 1,000 people, Fatah said.

With the grant, the Army hopes to increase that to 4,000 people and branch out to building parts for water treatment plants, bridge construction, and cellular phone towers, said 5-7 civil affairs officer Capt. Vikas Nagardeolekar.

Workers make between $150 and $600 a month depending on the job, Fatah said. They live in a company-built housing area not far from work and are so loyal that they kept the factory from being looted by guarding it themselves during the riotous times that marked the Fallujah area as one of Iraq&#8217;s most violent places.

But still, commuting along a road lined with explosives drove workers away from the factory. Now they are trickling back, Fatah said.

These include five Shiite families &#8212; a rarity in the majority Sunni province &#8212; which have already returned from Baghdad, Nagardeolekar said. Twenty more families are on the way, he added.

&#8220;The potential here is incredible,&#8221; said Lt. David Cooper, who assisted Nagardeolekar on the project. The company has a modern approach to business not often found in the largely agricultural area, he said, citing the factory&#8217;s AutoCAD program and reverse-engineering.

But switching masters, as well as switching products hasn&#8217;t been easy on the factory, said the once-engineer-now-owner. Now, instead of one product and one employer &#8212; Saddam and his munitions &#8212; he has many products and many places to collect payment.

There are also several general barriers to doing business in the area, he said.

The power goes out during an interview as if to emphasize his point.

And while he hopes to get the large grant from the U.S. (they will find out in the next few weeks) he also hopes for the day when Iraqis can cut the purse strings, he said.

Where can Commander&#8217;s Emergency Response Program dollars be spent?

CERP consists of U.S. taxpayer dollars that can be used for:

Direct or indirect benefit to U.S. or Multi&#8211;National Force&#8211;Iraq personnelEntertainmentWeapons buy-back programs or other purchases of firearms or ammunitionReward programsRemoval of unexploded ordnanceDuplication of services available through municipal governmentsSalaries of Iraqi or Afghan military or civilian government personnelSource: The Department of Defense Financial Management Regulation