Ex-fighter pilot is an ace in both directions 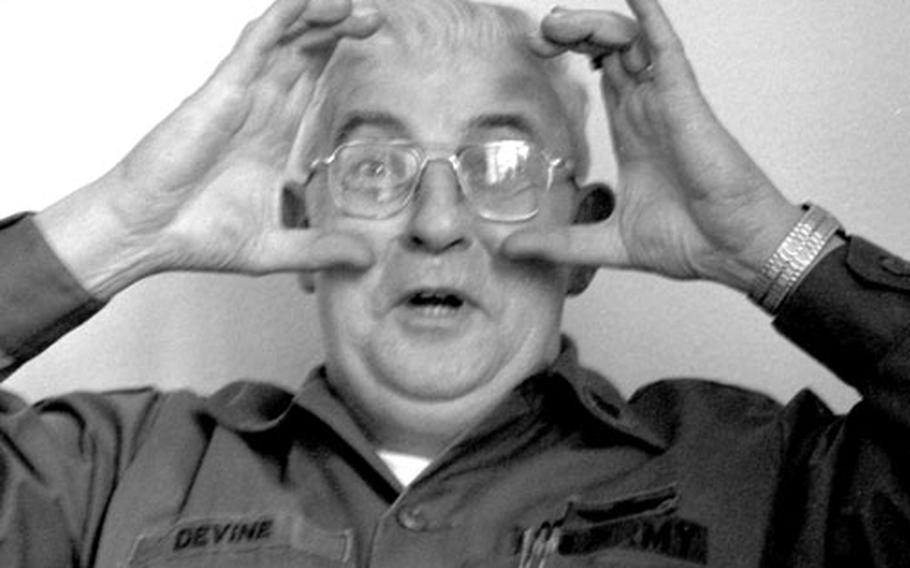 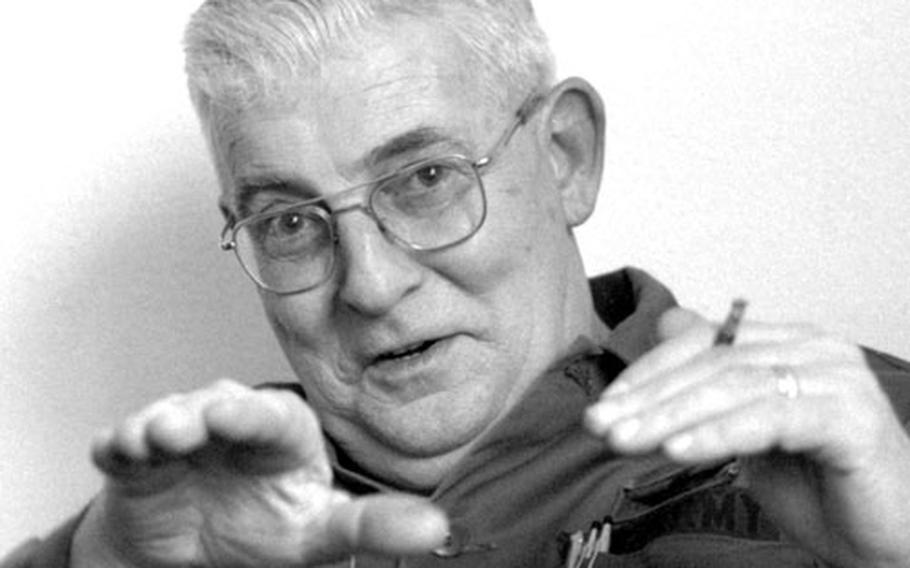 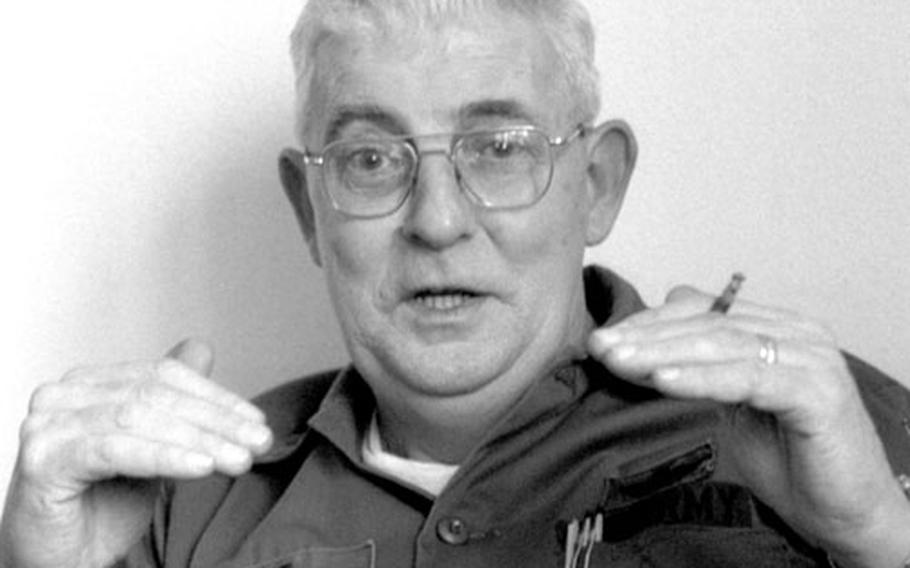 Buy Photo
Chief Warrant Officer Gerald P. "Pappy" Devine recounts some of his experiences as a fighter pilot during a 1979 interview at Göppingen, Germany. (Ed Hill/Stars and Stripes) 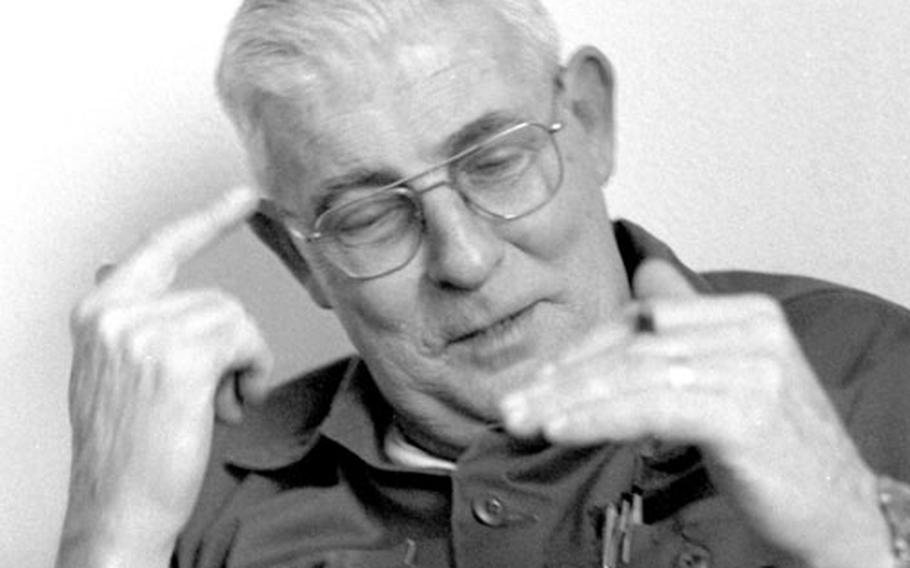 G&Ouml;PPINGEN, Germany &mdash; In the fighter pilot's world an ace is one who downs five enemy aircraft.

Gerald P. Devine. an Army Air Corps pilot during World War II, made ace the hard way. He says he was the first American to have five planes shot out from under him before he evened the score.

"Actually, I was shot down only once by enemy aircraft fire." he said. "The rest of the time, it was ground fire that got me. It became somewhat of a joke in my unit. I went out to the flight line one morning to find out that my crew chief had painted five little American flags on the cowling of my plane."

The only time he was downed by another airplane was over Nijmegen in Holland. His flight of five P-47s was intercepted by more than 50 Focke-Wulf 190s. The score: Americans 16, Germans 4.

Now an Army CWO who has a supply job at the airfield here. Devine was reassigned to the Pacific theater during World War II after flying more than 90 missions in Europe. He was rammed head-on by a kamikaze pilot not long after reaching the Pacific.

"Over Europe, two opposing fighters would fly at each other, guns firing, until the last second. Then, both would break away. come around, and try again. Here I was, flying against this Japanese pilot. fully expecting him to do the same. It was only in the last seconds that I realized he had no intention of breaking away. I tried desperately to get out of his way but he got me. He went down but I managed to get my badly damaged plane back to base where I crash-landed it."

Devine said he flew fighter escort when the atomic bomb was dropped on Nagasaki. Devine turned his plane around and took photos with the nose camera when he saw the mushroom cloud rise above him.

"When I got back and reported what I had seen, the military intelligence people confiscated my film and spent three days trying to convince me that I had not seen what I had seen. Seeing a city here today, gone tomorrow, didn't make me feel very good then and still doesn't.. I still find it hard to comprehend."

January 1967 saw Devine &mdash; now known as "Pappy" &mdash; in Vietnam as an Army CWO flying spotter planes in support of ground troops. He was put in charge of younger pilots during a tour in 1969.

"Their nickname for me was the 'King of Crabs.' I was hard on them because I didn't want to see them going home in a box."

His first flight into Phu Loi airstrip in 1967 reminded him of strafing runs he made on the Japanese-held fighter base in 1945. Devine said he also strafed G&ouml;ppingen while escorting a bombing run over the Luftwaffe fighter strip in 1944.

"I remember personally strafing the ,hangar that now houses the supply section I'm in." he said. "The damn roof still leaks."

Devine joined the service in 1942. but has spent only 19 years on active duty. "I've been more of a wartime soldier." he said.

However, he added. "I've never been the killer type and have no use for those who are. I have never hated the enemy. I may have been damn mad sometimes but I've never hated."

Devine was grounded in 1975 when an EKG showed his heart couldn't take flight duty. His flight logs record more than 17,000 flying hours and 2,200 combat missions. He was shot down nine times, crash-landed seven, bailed out twice. scored 8&frac12; kills and received 110 awards.