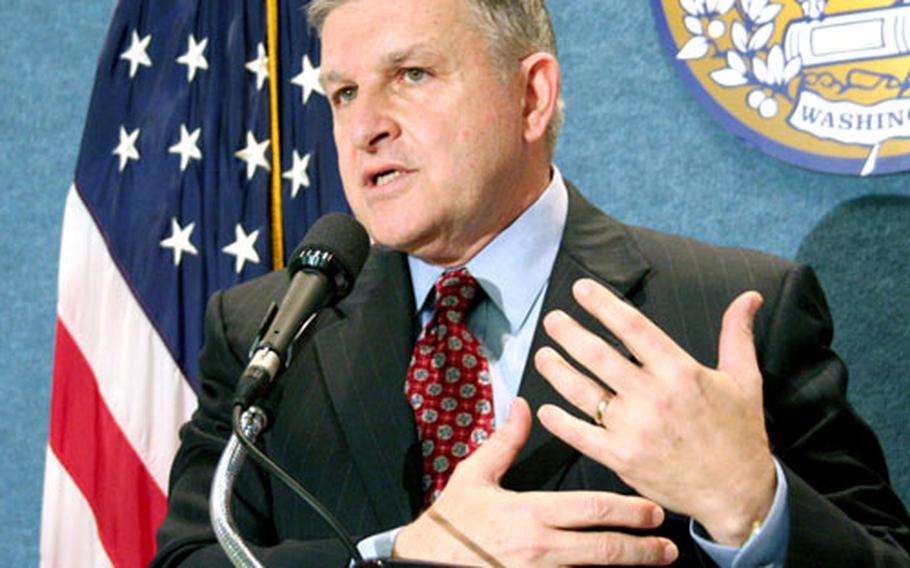 WASHINGTON &#8212; Former CENTCOM commander Anthony Zinni said he expects &#8220;five to seven more years of hell&#8221; in Iraq and a U.S. military presence there for years to come.

&#8220;We may not have it in the sense of the big bases with Burger Kings, but the combatant commander of CENTCOM will have military efforts in that nation. You can&#8217;t just walk away from something that&#8217;s potentially a pit for problems that&#8217;s located itself right in the center of the Middle East.&#8221;

Zinni&#8217;s comments came during a news conference Thursday for his new book on military power in the post-Cold War era. He said much of the current military and political thinking regarding Iraq and Afghanistan still clings to old anti-Soviet planning that is no longer relevant in the war on terror.

Iraq, he said, has too many natural resources, too much geographical strategic importance, and too long of a history of political and religious problems for the U.S. to completely abandon, even if the security situation stabilizes there in the short-term.

He said U.S. officials need to offer fewer political ultimatums on a time line for forming the new Iraqi government, and instead more political advice on coalition building and bureaucratic reforms.

Zinni also said that not enough has been done to help with the economic redevelopment of that country, even as the security situation in parts of the country improves.