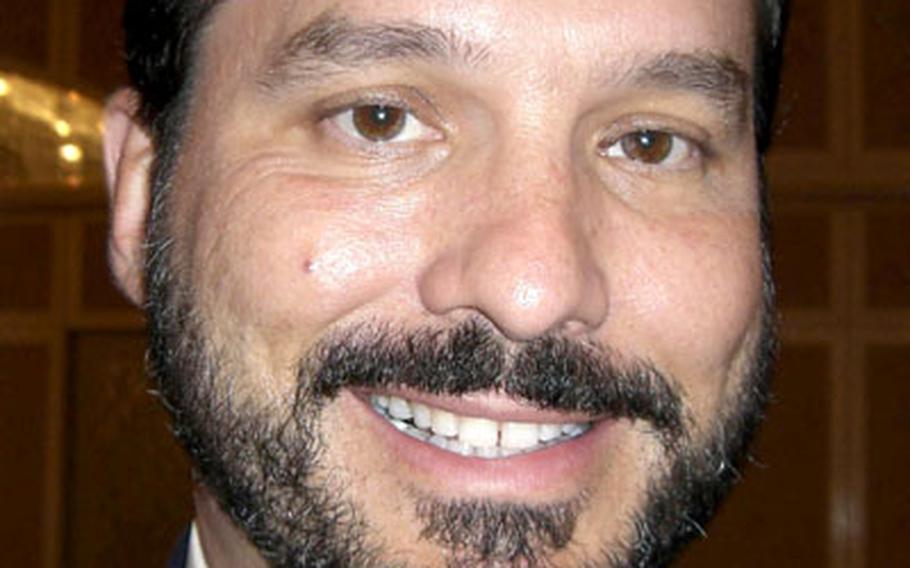 In a speech to Okinawa corporate executives, Green said he met with Abe in Tokyo last week just before Abe was elected to replace Koizumi as president of Japan&#8217;s ruling Liberal Democratic Party. Japan&#8217;s legislature is to vote Tuesday to confirm Abe as prime minister.

&#8220;It was very clear to me that Mr. Abe is going to continue the very strong path&#8221; Koizumi set &#8220;with respect to the U.S.-Japan alliance,&#8221; said Green, who now holds the Japan Chair and is a senior adviser for the Washington- based Center for Strategic and International Studies.

Abe also made clear he intends to maintain the Bush-Koizumi commitment &#8220;to reduce the burden in Okinawa,&#8221; Green said.

The U.S.-Japan realignment plan agreed to on May 1 calls for transferring 8,000 Marines and their families to Guam, building a new military airport on rural Camp Schwab to replace urban Marine Corps Air Station Futenma and closing camps Kinser and Lester and part of Foster.

Two major realignment goals were to reduce U.S. forces&#8217; footprint on Okinawa while maintaining their power to be a regional deterrent. The island has 75 percent of the land used for U.S. bases in Japan and almost half of the some 50,000 U.S. troops.

When the global transformation process began in 2001, he said, &#8220;Nobody could imagine such a large reduction on Okinawa could be possible.&#8221; He credited the close personal relationship Bush and Koizumi have maintained since they first met in June 2001 at Camp David.

&#8220;The security environment is very tough, but because of such a strong relationship between leaders of the U.S. and Japan &#8230; this really is a crossroads,&#8221; he said, adding it was up to Okinawans to make the realignment a reality by supporting building a new airport on Camp Schwab.

U.S. officials have said moving Marines to Guam and closing military bases in central and southern Okinawa depends on being able to move Marine air operations to Okinawa&#8217;s rural north.

&#8220;In very simple terms, it&#8217;s a choice between implementing the agreement we have or basically keeping the same situation by doing nothing,&#8221; Green said.

The plan also is designed to enhance U.S. and Japanese forces&#8217; ability to work with each other, Green said, making realignment &#8220;an enormous opportunity &#8230; to validate the very strong and close relationship of U.S. and Japan.&#8221;