Everyone gets into the act at Naha in making mochi, a New Year's treat 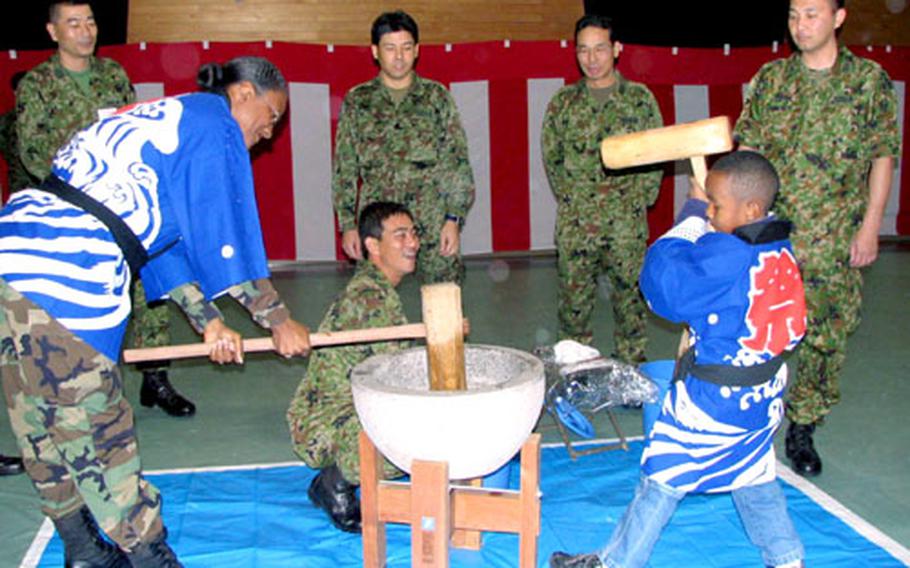 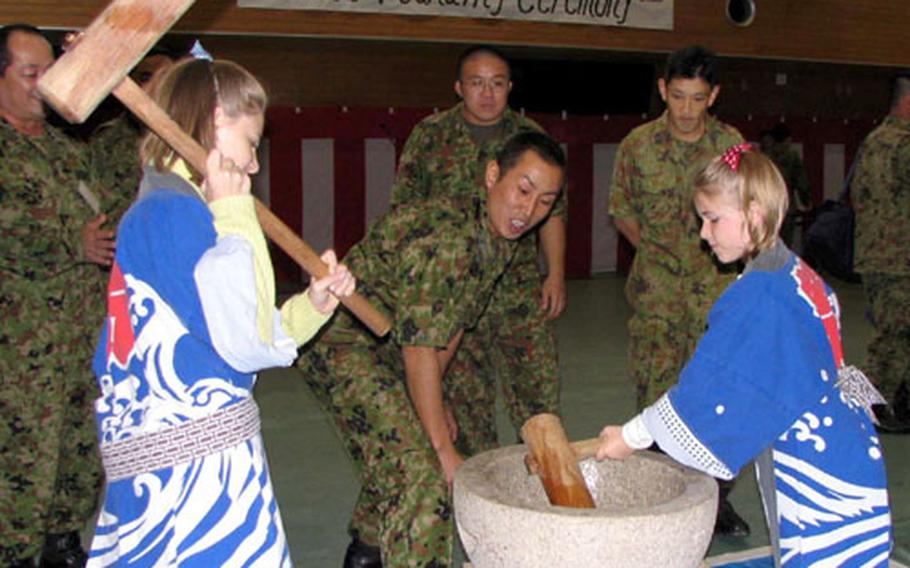 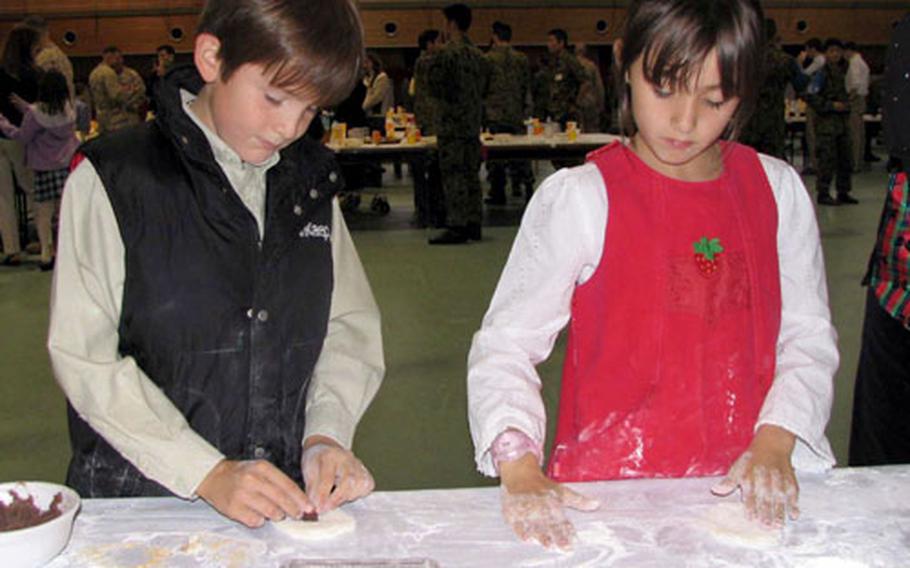 NAHA, Okinawa &#8212; The U.S. and Japanese military communities came together Wednesday at the Japan Ground Self-Defense Force&#8217;s Camp Naha to pound rice in preparation for greeting the new year.

The thump of huge wooden mallets smashing steamed rice in stone mortars echoed through the base gymnasium, background noise as the gummy rice dough was rolled and mixed with sesame seed powder, bean paste and sugar for mochi.

The rice balls are a New Year&#8217;s Day tradition in Japan, where what&#8217;s eaten on the first day of the year is important. Mochi is thought to bring luck.

By sharing each other&#8217;s cultures, he said, &#8220;servicemembers of both countries can deepen a mutual understanding, which helps to further strengthen our partnership and the U.S.- Japan security alliance.&#8221;

Lt. Gen. Joseph Weber, III Marine Expeditionary Force and Marine Forces Japan commander, said, &#8220;Any time the Americans on Okinawa have the opportunity to experience the culture, the traditions and the history of the Okinawa islands makes us better partners in what is the greatest alliance in the world.&#8221;

Weber and Fujisaki joined each other in pounding mochi at the ceremony&#8217;s start.

&#8220;The rice-pounding ceremony has always been my favorite because it involves all the people &#8212; the military members, their wives and children,&#8221; Weber said.

As the rice was pounded in three stone mortars, guests were served a lunch including hot zoni, a vegetable soup with balls of mochi traditionally served as a New Year&#8217;s Day breakfast.

&#8220;I remember that when we had the first mochi-tsuki (rice molding) and invited U.S. military officials, we had nothing here. We had to make special arrangements to have all the necessary equipment, such as the rice mortars, sent&#8230;from the mainland.&#8221;

Standing next to him, Marine Gen. Frank A. Panter Jr., 3rd Marine Logistics Group commander, smiled as U.S. and Japanese servicemembers interacted with each other.

&#8220;We have a special relationship with the 1st Combined Brigade,&#8221; Panter said. &#8220;We have a healthy relationship and partnership. We especially enjoy the rice-pounding ceremony, every year hoping that it will bring us the good luck that it&#8217;s supposed to.&#8221;