Everyone gets into July Fourth fun at Kandahar 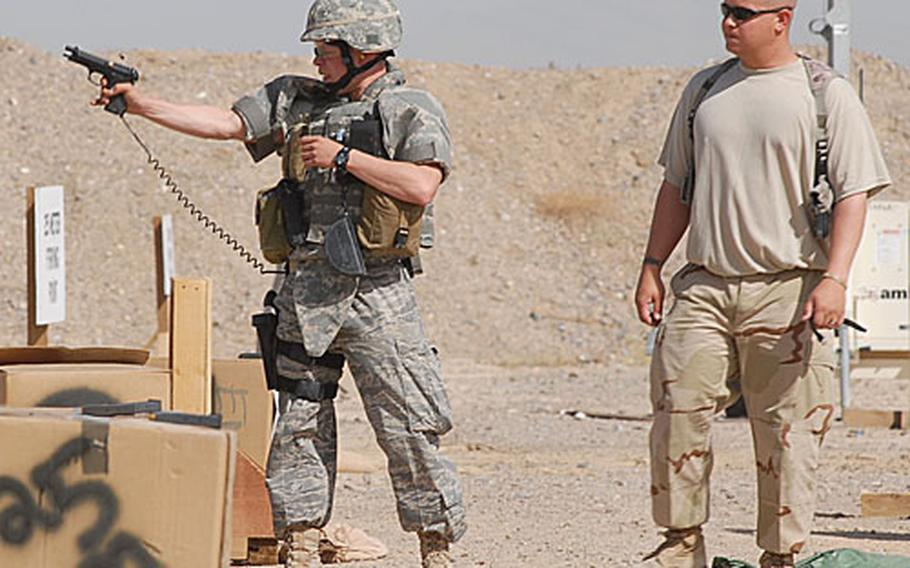 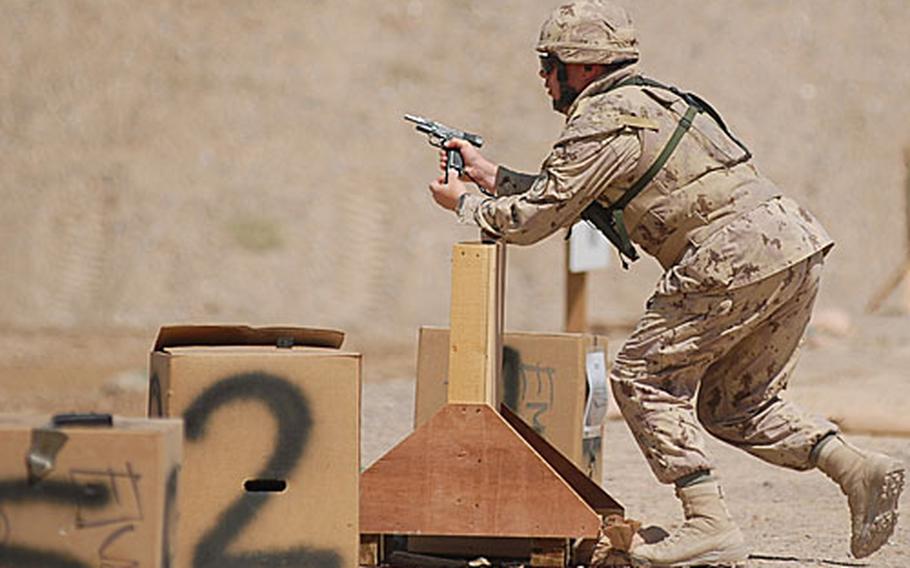 A Canadian Army soldier prepares to run from one target to another while ejecting a magazine from his 9 mm pistol. Shooters were required to move between a series of shooting positions during the competition. (Monte Morin / S&S) KANDAHAR, Afghanistan &#8212; Celebrating July Fourth was the order of the day here Wednesday &#8212; even though Kandahar Air Field is a NATO military base in the sultry foothills of Afghanistan&#8217;s Hindu Kush.

Soldiers, sailors and airmen from the United States, the United Kingdom, Canada, Mongolia, Romania and a host of other nations took part in a series of competitions that were held to mark Independence Day.

The games included an early morning 5-kilometer run, a pistol shooting competition, a volleyball tournament, a balloon toss, an egg race, a tug of war and a talent competition dubbed Kandahar IDOL.