Evergreens arrive for those pining for a whiff of holidays 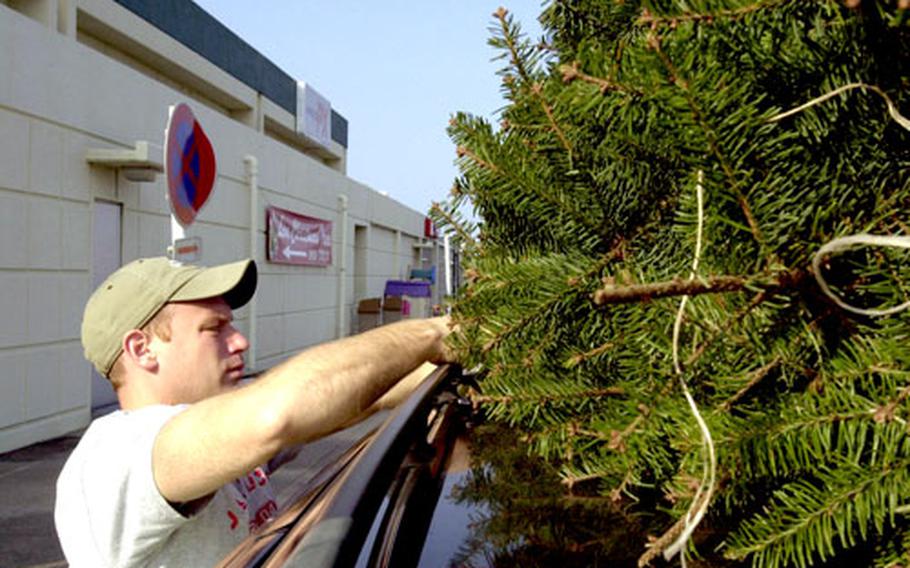 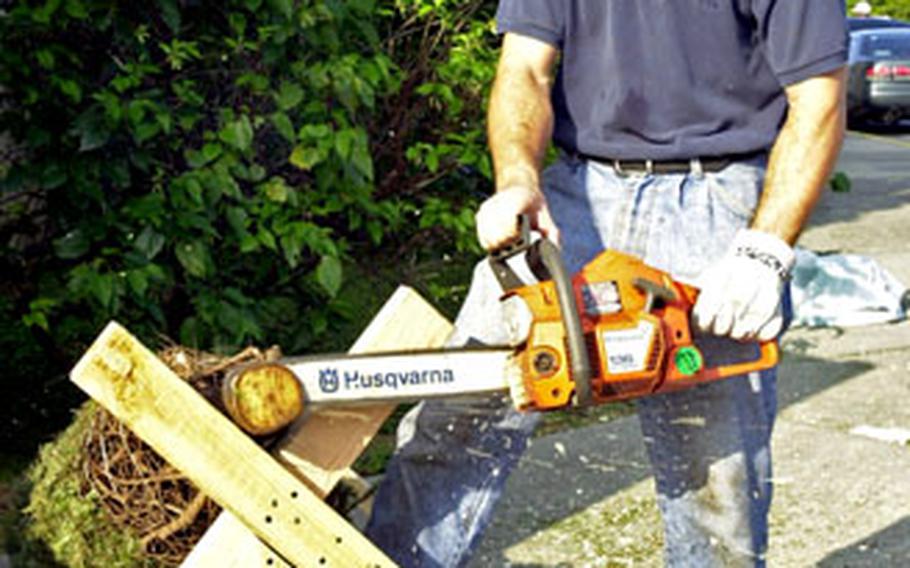 CAMP FOSTER, Okinawa &#8212; For those who can&#8217;t stand fake trees, longing instead for the fresh smell of pine and the occasional prickly pain of stepping on a fallen needle, your ship has just come in.

AAFES also carries the stands needed and preservative to help keep the tree alive longer, Glenn said. She added that all the trees AAFES is selling have been treated with a fire retardant chemical to make the trees less likely to catch fire.

Minkle, who&#8217;s been on Okinawa for 15 years, said he appreciates AAFES bringing live trees to the island because having a real tree is part of his family&#8217;s tradition. He added that he also appreciated the prices as his father, who lives in Florida, said the bigger trees there cost from $100 to $150.

Airman 1st Class Jason Way said hearing that real trees would be available is making things easier this first holiday season on Okinawa for him and his wife, Shannon.

As Jason strapped their tree to the roof of their car, Shannon said: &#8220;It makes me very happy that they have live trees. If they didn&#8217;t, I would have had to resort to a fake one and that would have been devastating. This helps bring a little normalcy to the holidays.&#8221;