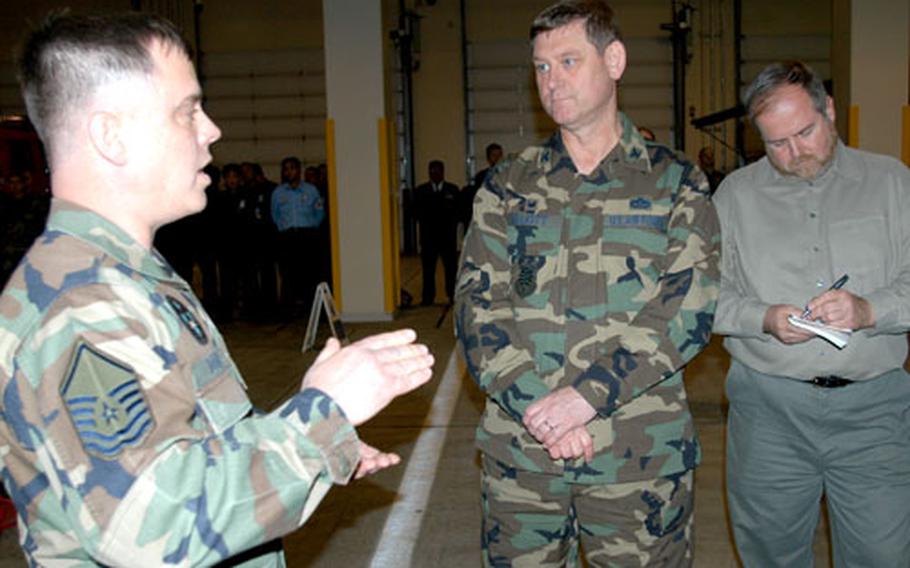 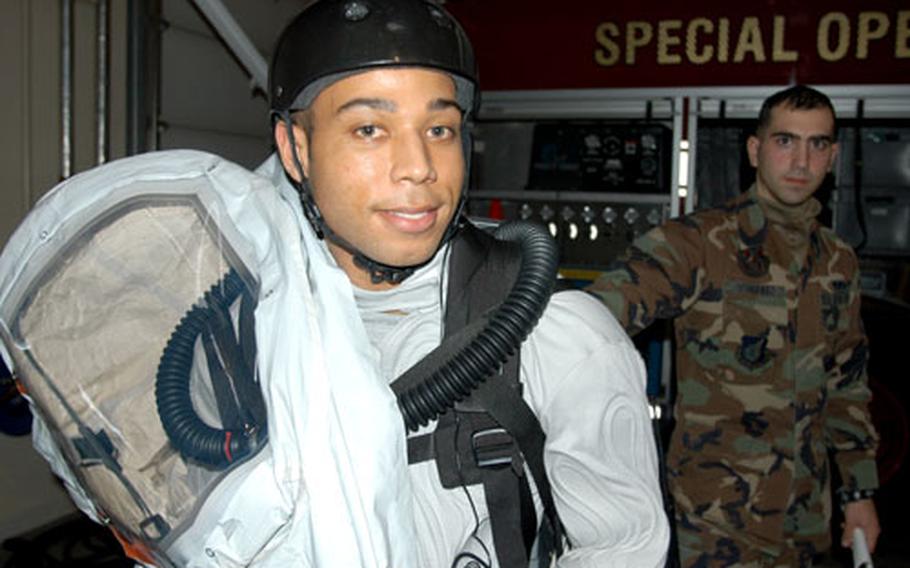 MISAWA AIR BASE, Japan &#8212; The questions were tough and off the cuff.

They quizzed airmen and their supervisors on equipment, procedures, training and more.

Smith, Col. Gus Elliott Jr. and Chief Master Sgt. Wayne Quattrone II made a brief appearance in the Pacific region last week, stopping at Andersen Air Force Base, Guam, on Tuesday and Misawa on Thursday. Up for grabs is the prestigious Society of American Military Engineers Curtin Award. Six bases are vying in two categories: Misawa goes against Ellsworth Air Force Base, S.D., and Ramstein Air Base, Germany, in units with 550 or more members; among the small squadrons, Andersen is up against Little Rock Air Force Base, Ark., and Charleston Air Force Base, S.C.

The six made the final cut after submitting written packages describing their achievements in six areas, from how they preserve the base&#8217;s infrastructure to innovations in training and equipping deploying troops. The Curtin award, named after Maj. Gen. Robert H. Curtin, the Air Force director of Civil Engineering from 1963 to 1968, is the only civil engineer award that also includes a site visit. The evaluators, all with years of experience and education in the Air Force civil engineering field, are looking for &#8220;the proof in the pudding.&#8221;

&#8220;On the in-brief,&#8221; said Elliott, the commander of Headquarters Air Force Civil Engineer Support Agency at Tyndall Air Force Base, Fla., &#8220;I usually say this is like Internet dating. We have a written submission that says they have a sparkling personality, are witty and they can dance. We are actually coming out to verify that.&#8221;

And fire away they did. Misawa&#8217;s civil engineer readiness flight airmen had to be on their toes Thursday: After listening to a detailed presentation on biological- and chemical-detecting tools, Elliott wanted to know what happens if something breaks. Some things can be fixed in-house while others are sent back to the States for repair, an airman answered.

Some, Vodney, replied, but not all, since some were purchased while he was deployed.

While they will score a set of criteria, Elliott said this stage of the competition is more subjective.

&#8220;In a general sense, it really is the experience, what they chose to show us, how that all went, then trying to decide which unit was the best,&#8221; he said. To be the best, &#8220;it takes great leadership, great support from the base and a work force that loves what they&#8217;re doing and is excited about telling you about it.&#8221;

The team was to evaluate Ramstein on Tuesday. The winners should be announced by the end of the month; an awards ceremony in the States follows in late February.