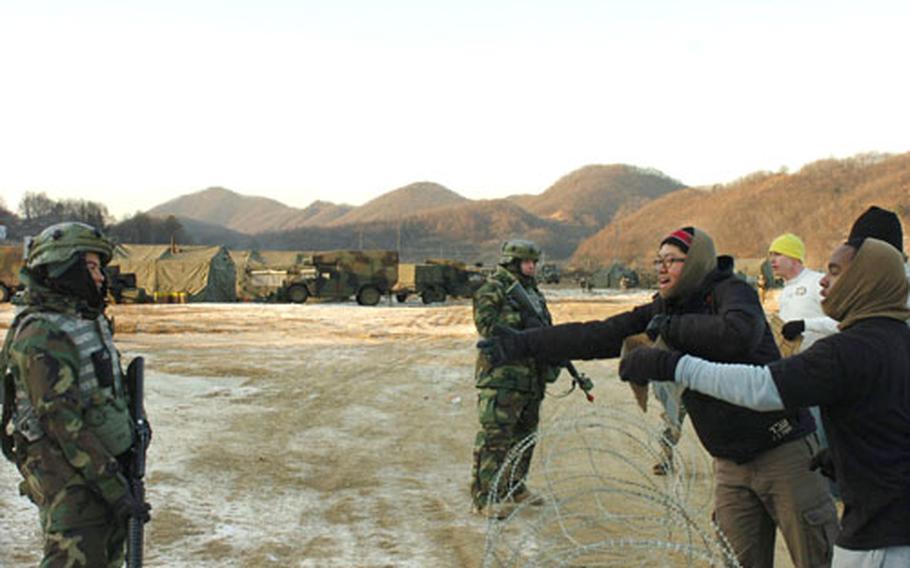 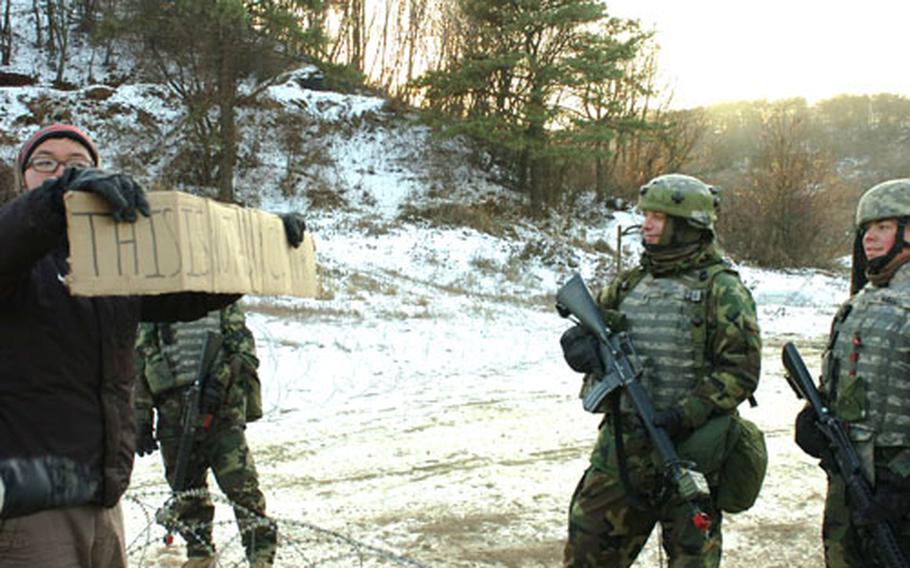 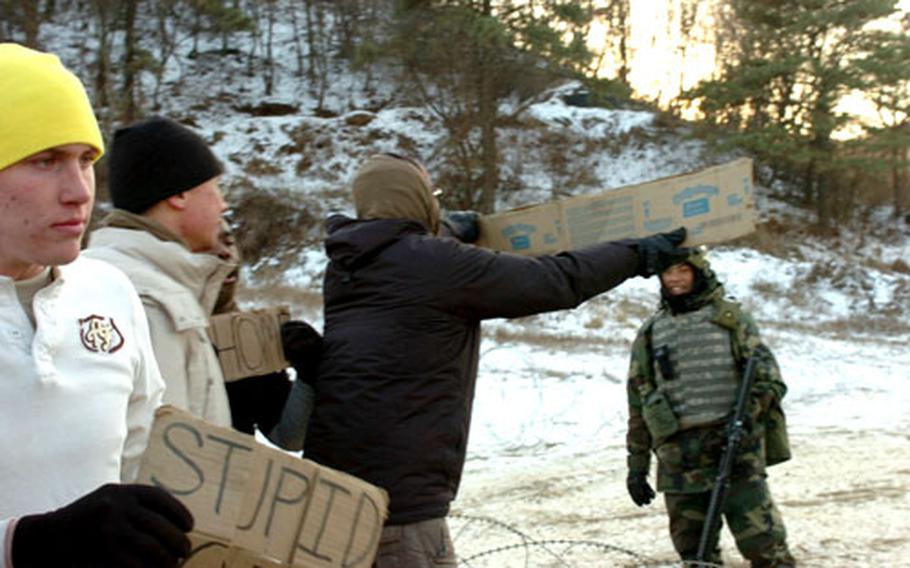 Throughout last week, the winds swirling down through the hills made temperatures that hovered around single digits feel even colder, the sort of conditions troops fought in during the Korean War.

Although they have the luxury of ducking into heated tents, 2nd Infantry Division&#8217;s 1st Battalion, 38th Artillery soldiers have been braving the conditions since it has been holding an external evaluation since last week.

The evaluation, controlled by the 6th Battalion, 37th Field Artillery, is an approximately 10-day simulation of an invasion scenario.

Hannah, of the 70th Brigade Support Battalion, and others guarded a barbed wire entrance to their area when mock protesters showed up waving cardboard signs with slogans such as &#8220;this is not your country.&#8221;

The soldiers did a good job with it overall, said senior operations controller Maj. Joseph Metayer of 6-37; they kept the protesters at bay and didn&#8217;t use excessive force.

But the protesters were a surprise. When they arrived, the Korean police guarding the area weren&#8217;t in on the plan and actually tried to stop them.

There were plenty more surprises for the battalion, which has a larger percentage of junior enlisted soldiers than average, said commander Lt. Col Eric Kail.

On Wednesday, the tactical operation center was supposedly hit with mortars during the simulation.

French and Staff Sgt. Darrell Betts, a Chicago native, say they know it&#8217;s cold and they&#8217;re taking measures to prevent injuries. But the Army isn&#8217;t a normal job, Betts said, and it&#8217;s why when asked about the one thing he wanted to see out of his soldiers during this evaluation above all else, his response was simple.