Evacuees grateful to be out of Lebanon, but found ride 'horrible' 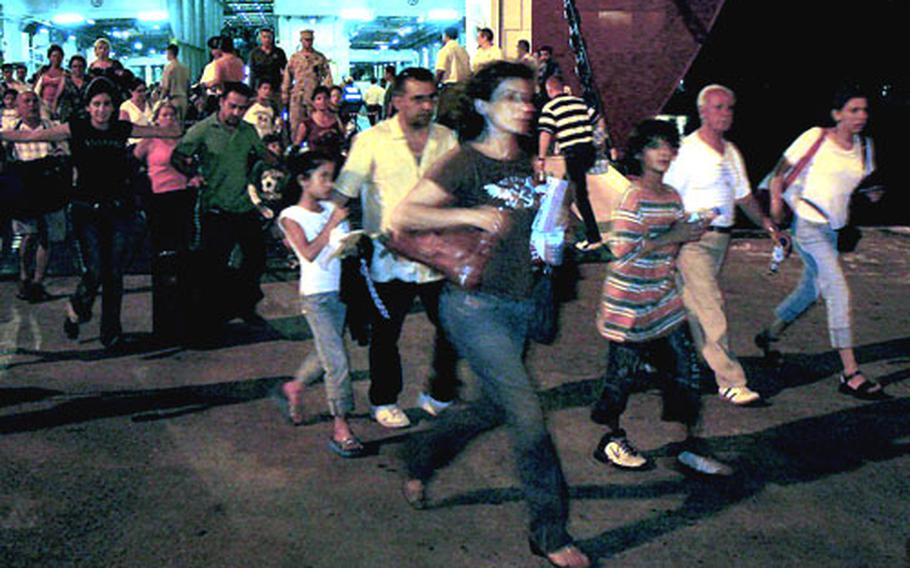 Americans from Lebanon leave a chartered ship in the port of Limassol. (Scott Schonauer / S&S)

Americans from Lebanon leave a chartered ship in the port of Limassol. (Scott Schonauer / S&S) 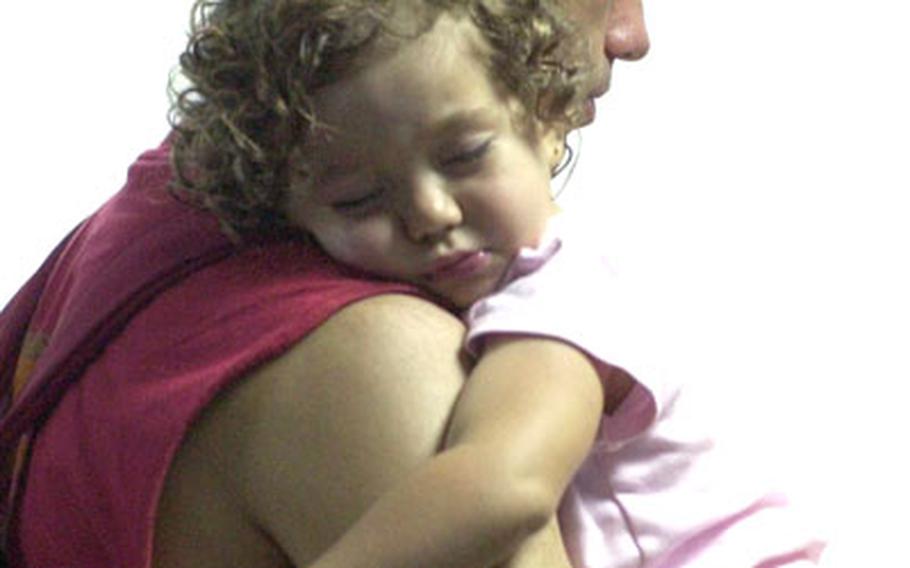 A girl sleeps in the arms of her father after arriving in Limassol, Cyprus. (Scott Schonauer / S&S) 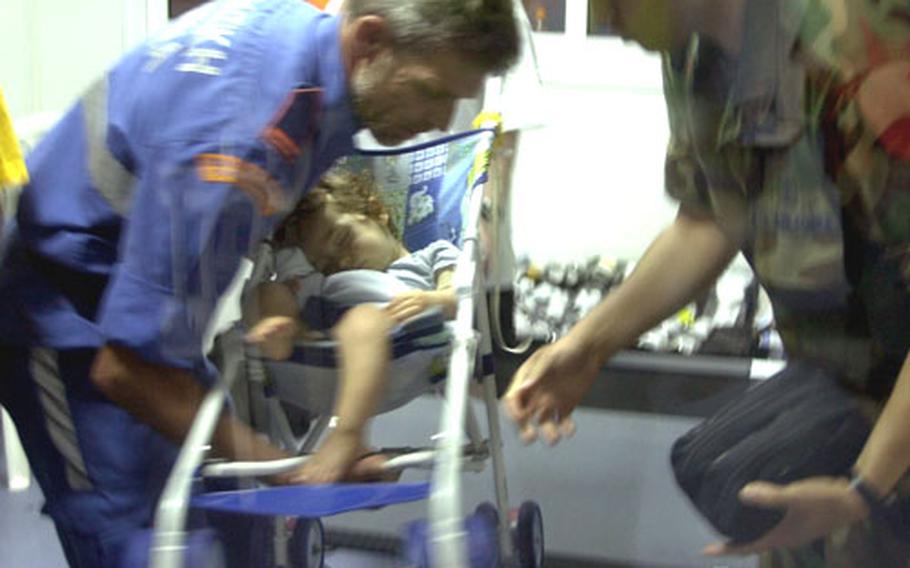 A civil defense volunteer in Limassol, Cyprus, rushes a toddler into the hands of Air Force Maj. Francis Carandang, a pediatrician from Ramstein Air Base, Germany. The child, who evacuated Lebanon with her mother, was treated for dehydration after disembarking from a ship on Saturday. (Scott Schonauer / S&S)

LIMASSOL, Cyprus &#8212; Americans being evacuated from war-torn Lebanon had heard a rumor floating along the pier that they would be taken way from the country in a cruise ship.

But what many evacuees had thought would be a luxury liner turned out to be closer to a ship of horrors.

The toilets didn&#8217;t flush. There was no toilet paper. The faucets spit brown water. And there wasn&#8217;t enough food or water for the nearly 1,000 people who rode the ship from Lebanon to Cyprus on Saturday.

The list of Americans wanting to flee the fighting in Lebanon continues to grow and is longer than State Department officials initially expected. An estimated 40,000 Americans live in the country and more than 17,000 people have requested the U.S. government to help them out.

State Department officials, who are running the evacuation, and the U.S. military are scrambling to get the people out of the country and back to the States through Cyprus.

The U.S. government has used a mixture of civilian and military planes, helicopters and ships to transport the thousands of people anxious to leave. Some Americans have complained the operation has been slow and disorganized, but many said they were just grateful to escape.

Some evacuees cried that the conditions were so miserable on the ship they said they wished they had found their own way out of Beirut. But Aufe didn&#8217;t regret getting on the ship and away from the danger and death.

She was visiting her grandmother when Israel launched its anti-terrorism assault 12 days ago in Lebanon in response to the capture of two soldiers by Hezbollah militia fighters.

She and her relatives fled to the mountains to escape the fighting. They returned to find her grandmother&#8217;s apartment was buried in rubble. Shell-shocked families who lost their homes walked around aimlessly with no place to go, she said.

She boarded the government-contracted ship along with Priscilla Bechara and her brothers Teddy, 14, and Waer, 13.

The ship was supposed to travel to Turkey, but a mechanical problem forced the captain to steer the ship to Cyprus. The journey was expected to take three to four hours. It took more than twice as long.

The military had a supply of Meals, Ready to Eat on hand but not nearly enough to feed everyone. The ship also did not have enough water or beds. Tired children cried under the sweltering conditions, while weary adults grumbled.

As the trip dragged on longer, the situation became more of a challenge for a three-person Air Force medical crew from Kaiserslautern, Germany.