EUCOM sends advisers to Ukraine to assist in crash probe 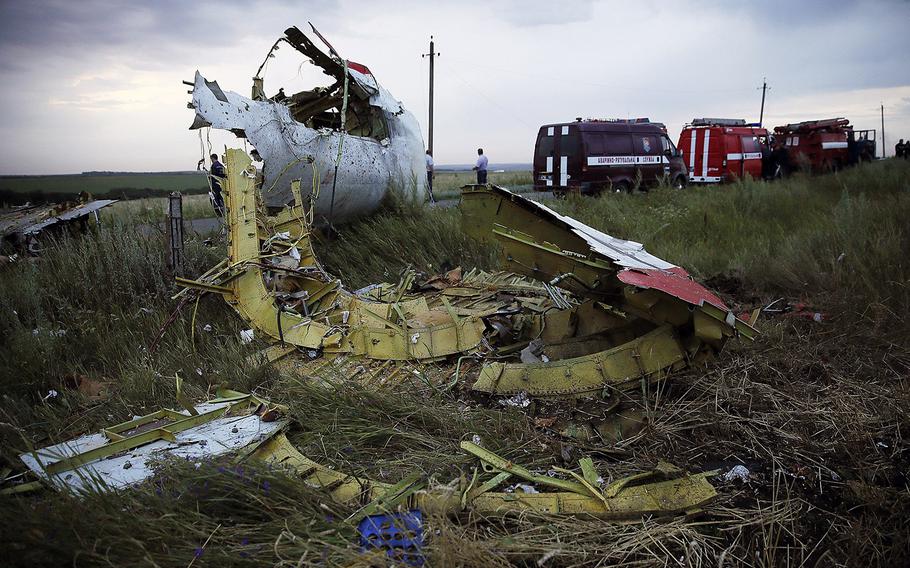 STUTTGART, Germany — U.S. European Command has dispatched a small team of advisers to Ukraine to support the investigation into the downing of the Malaysian airliner last month.

About 12 servicemembers were sent to Kiev, but they will not venture to the site of the crash in eastern Ukraine. The team will provide assistance to U.S. diplomatic personnel in areas such as communications, logistics and surveying, the Pentagon's spokesman said on Tuesday.

"Recovery operations is something, tragically and unfortunately, the U.S. military has to do and has to be good at. And these people are — they have expertise in that regard," Navy Rear Adm. John Kirby told reporters.

The troops, who arrived in Ukraine on Monday, were mobilized at the request of the State Department, Kirby said.

U.S. officials have accused pro-Russian separatists of shooting down the commercial aircraft, which crashed on July 17 in the heart of contested territory not far from Ukraine's border with Russia.

Close to 300 people were killed, prompting widespread international condemnations. Soon after the incident, U.S. and European officials levied additional sanctions on Russia. U.S. officials have accused Russia of supplying separatists with advanced anti-aircraft weapons systems that it believes were used in the attack.

The separatists also have been accused of preventing access to the crash site, and hampering the investigation and the recovery of remains.

In recent weeks, Russia has moved more than 10,000 troops back to its border with Ukraine, according to U.S. officials, raising concerns that tensions in the region could further escalate.

"What matters is that they continue to reinforce these units, that they are very capable and very ready across what we call combined arms capabilities -- armor, artillery, air defense, special forces -- and that they are closer to the border than they were in the spring," Kirby said.