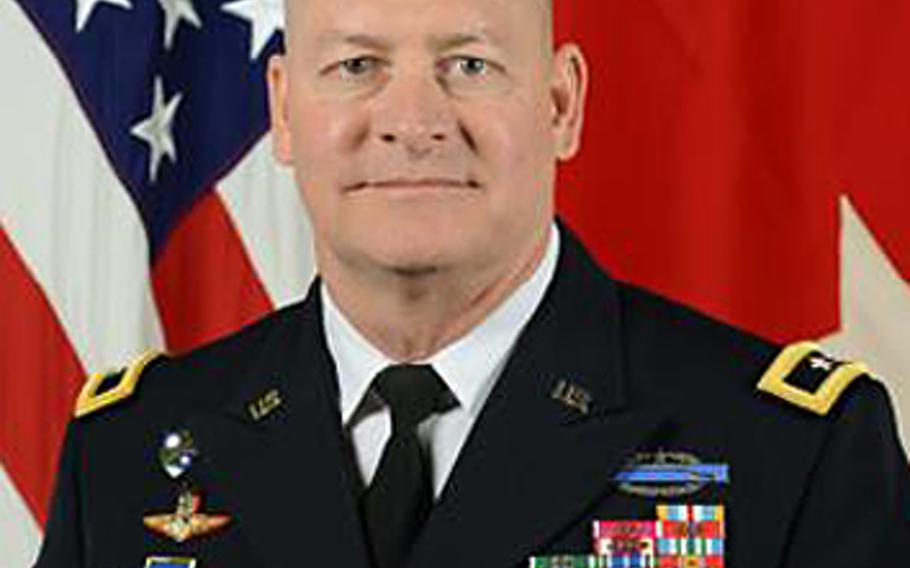 Army Maj. Gen. David Haight was removed from his position as head of operations at U.S. European Command in connection with allegations that he had misused government resources while having an extramarital affair, the U.S. Army said on Wednesday.

Haight was moved from his post earlier this summer and reassigned to Army headquarters in the Pentagon, a typical stopping point for senior officers under investigation.

“Maj. Gen. Haight was reprimanded for failing to exhibit exemplary conduct by engaging in an inappropriate sexual relationship with a woman who was not his wife and for misusing government resources,” said Col. Pat Seiber, an Army spokesman, in a statement.

“Upon retirement, the Army may convene a Grade Determination Review Board for a recommendation as to whether he served satisfactorily in the last grade held,” Seiber said.

Haight, in a statement to USA Today which first reported the allegation of misconduct, apologized for his actions.

“I’m very sorry — and take full responsibility — for my actions,” Haight told USA Today. “I will cooperate fully with Army leadership as the process moves forward.”

Haight arrived at EUCOM in June 2015. In his position, Haight helped oversee day-to-day operations of U.S. personnel across Europe, an effort that has taken on added significance as the U.S. adjusts its force posture in response to concerns about a more assertive Russia. He previously commanded troops in Afghanistan as a brigade commander and later as a top deputy for NATO’s training mission in the country.

He also served as executive officer to former chairman of the Joint Chiefs of Staff Adm. Mike Mullen.