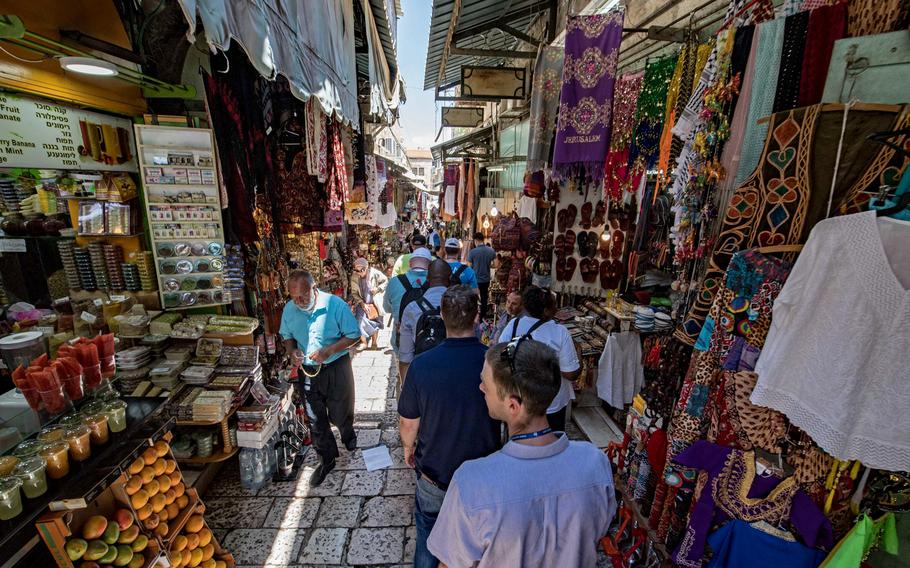 U.S. European Command has issued an order restricting travel to Israel’s West Bank, which includes the Old City of Jerusalem and Bethlehem, citing security concerns after the U.S. reversed its policy on Israeli settlements.

Travel is restricted to the whole of the West Bank, including Jericho, Bethlehem and Jerusalem’s Old City, “until further notice,” EUCOM said in a memo distributed to military units around Europe on Tuesday.

The administrative message, sent by EUCOM’s plans and operations center, warned of “potential unrest due to the United States’ change in policy toward settlements in the West Bank.”

“After carefully studying all sides of the legal debate … the establishment of Israeli civilian settlements in the West Bank is not, per se, inconsistent with international law,” Pompeo said.

Instead, Pompeo said the U.S. position is to take “no view on the legal status of any individual settlement.”

Israel attracts visitors from around the world, including U.S. troops stationed in Europe and the Middle East, particularly during the Christmas season. Christians believe Jesus Christ was born in Bethlehem, and the Temple Mount in the Old City of Jerusalem is a holy site for Jews, Christians and Muslims.

Travel restrictions for U.S. government personnel to places such as Bethlehem and Jericho are not uncommon and have been put in place in the past during times of tension. The travel ban announced Tuesday was in line with recent actions taken by the U.S. Embassy in Israel, EUCOM said.

Israeli Prime Minister Benjamin Netanyahu welcomed the change in U.S. policy over the settlements, but the European Union said it will continue to regard settlements in the occupied West Bank as illegal.