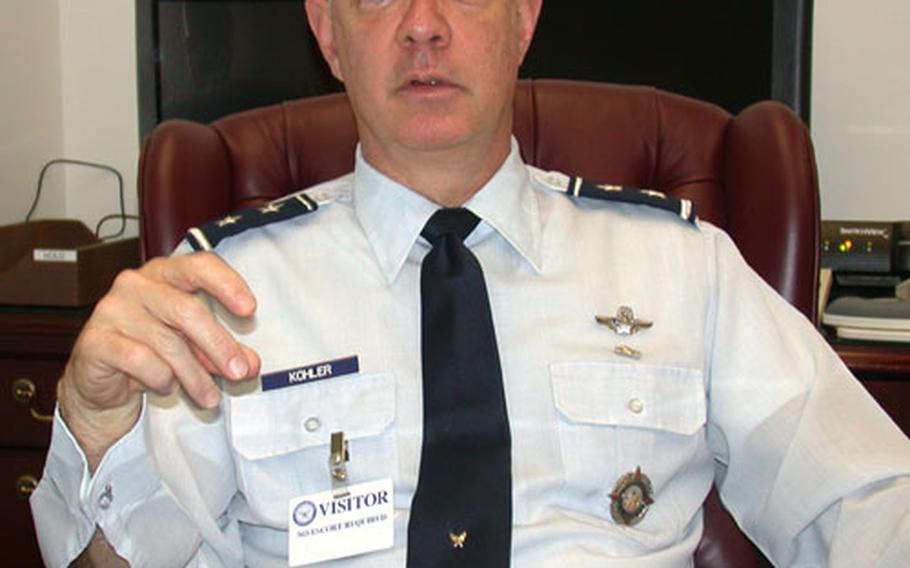 ARLINGTON, Va. &#8212; U.S. European Command forces are ready to help with security for the Summer Olympics in Athens, but the government of Greece has not yet asked for the Pentagon&#8217;s assistance, according to a senior EUCOM official.

EUCOM liaison officers participate in the Olympics Security Assistance Group, or OSAG, a seven-nation advisory body that includes France, Germany, Britain, Spain and the United States, Israel and Australia, Kohler said in an interview with Stars and Stripes in his Pentagon office.

OSAG, in turn, is a major advisor to the Greek government as it plans security for the Olympic Games, which will be held Aug. 13&#8211;29.

Meanwhile, as part of its established military-to-military relationship with Greece, EUCOM has been working on Olympic security issues with the Hellenic Coast Guard, the Hellenic Navy and the Hellenic Air Force, Kohler said.

EUCOM forces have also held Olympic-themed exercises with Greece, including a &#8220;consequence management&#8221; exercise in Stuttgart that included both Greek government officials and police.

With the assistance of the National Defense University in Washington, EUCOM &#8220;walked [Greek participants] through three or four different scenarios, using the [Olympic security] structure they had already set up,&#8221; Kohler said.

Although the Greek government has asked NATO to provide security assets from the alliance&#8217;s new NATO Response Force and NATO&#8217;s standing Mediterranean fleet, there has been no separate request to the United States for Pentagon help.

He said military assets belonging to the United States and other OSAG members, such as Britain, are heavily committed in Iraq.

Without advance warning, Kohler said, equipment and personnel Greece decides it needs to help secure the Olympics might not be available for the games.