EUCOM gets an earful in survey on quality of life 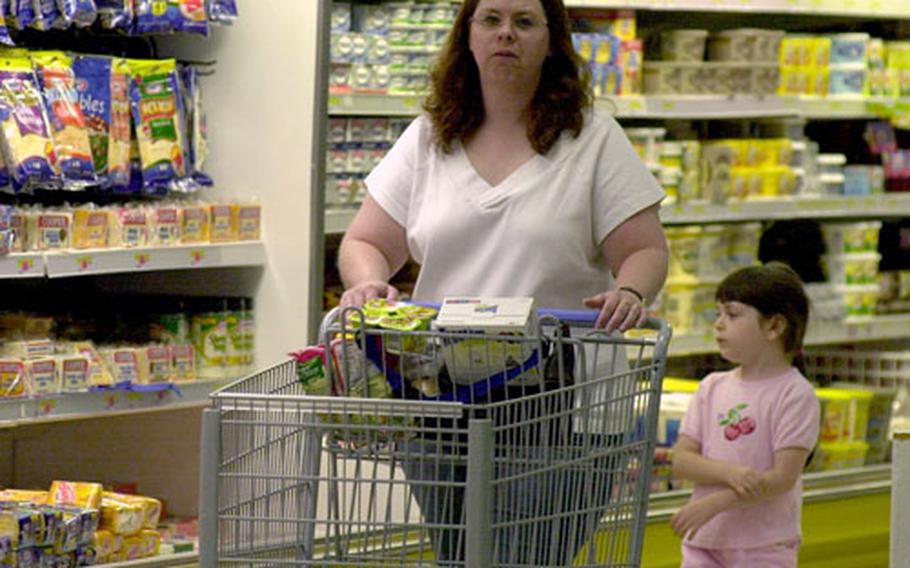 That was one of many humorous responses to a recent quality-of-life survey conducted by the European Command. It was also just the sort of comment EUCOM was looking for.

Military leaders in Europe wanted to take the community&#8217;s pulse in large part because of transformation &#8212; the realignment of the military that has resulted in a series of base closures and downsizing across Europe. Issues raised by the survey will be used for discussion at a conference held by EUCOM in December.

The survey asked whether people were satisfied with something &#8212; yes or no &#8212; and then offered space for comments. Those comments were the most important part of the survey, officials say.

&#8220;Some of the comments were very detailed and very descriptive of reasons folks were either satisfied or dissatisfied,&#8221; said Air Force Maj. Eliza Knutson, who works in the command&#8217;s quality of life branch.

The survey found that people are satisfied with their quality of life &#8212; with some exceptions.

According to EUCOM, respondents were less kind when writing about spouse employment and support, health care, American Forces Radio, services for single troops, the Army and Air Force Exchange Service and the Naval Exchange, and the Defense Commissary Agency.

EUCOM provided a distilled version of the survey&#8217;s results to Stars and Stripes, along with a handful of the comments. &#8220;With transformation, there are so many moving pieces, we wanted to ensure (quality of life) remained at the forefront,&#8221; Knutson wrote in an e-mail to Stars and Stripes.

&#8220;Our goal is to maintain support and minimize scaling back of services,&#8221; wrote Wayne Boswell, chief of EUCOM&#8217;s quality of life branch.

The survey confirmed many assumptions, such as &#8220;stairwell housing and barracks living did not generate large &#8216;satisfied&#8217; statistics, as we expected,&#8221; Knutson wrote.

But some issues drew fewer complaints than expected and others generated unexpectedly negative reactions.

DODDS-Europe schools drew a satisfaction rate of 75 percent &#8212; one of the highest in the survey.

David Ruderman, a DODDS-Europe spokesman, said the school system was happy to have rated relatively high, but would like the community to respond to its own survey, available at www.dodea.edu.

Other low marks went to issues such as spouses of servicemembers reportedly having a hard time finding on-base employment. A total of 598 of the 628 respondents to the spouse employment section think the job market in Europe is tough because of limitations imposed by the Status of Forces Agreement, the cost of child care, and lack of U.S. citizenship.

Knutson said many complaints were not new and were being addressed.

&#8220;You hear that there is a child-care challenge overseas, and although this survey was anecdotal, we thought we would have more negative comments in that area,&#8221; Knutson wrote. &#8220;Parents are overall pretty satisfied with the care their children are getting, as well as their education.&#8221;

About one-sixth of the responses came from single people. Some 650 of them live on installations, and 443 of the respondents said they would prefer to live off post, the majority citing privacy and dorm-quality issues.

Another entity scoring high marks was the Defense Commissary Agency with almost 68 percent of respondents saying they were satisfied with their base commissary.

Most complaints about the commissaries came from smaller bases, officials said. Some of the commissaries are too small, the selection limited, prices too high, and/or the produce of poor quality, respondents said.

Some of the respondents appeared to rate the Defense Commissary Agency on services actually provided by the post exchanges, based on their comments, according to Geraldine Young, DECA spokesman.

In many cases, dissatisfaction corresponded with the drawdown of troops, Knutson said.

And although he yet to see the EUCOM survey results, American Forces Network commander Scott Malcom wrote in an e-mail to Stars and Stripes that AFN has adjusted to the changing demands of its audience. The EUCOM survey &#8212; 61 percent were satisfied with AFN radio &#8212; results will help, he said.

&#8220;As for programming choices, we&#8217;ve recently partnered with an established music industry consultant in the States," Malcom wrote. The consultant will help AFN update its playlists weekly.

By the numbers: EUCOM survey