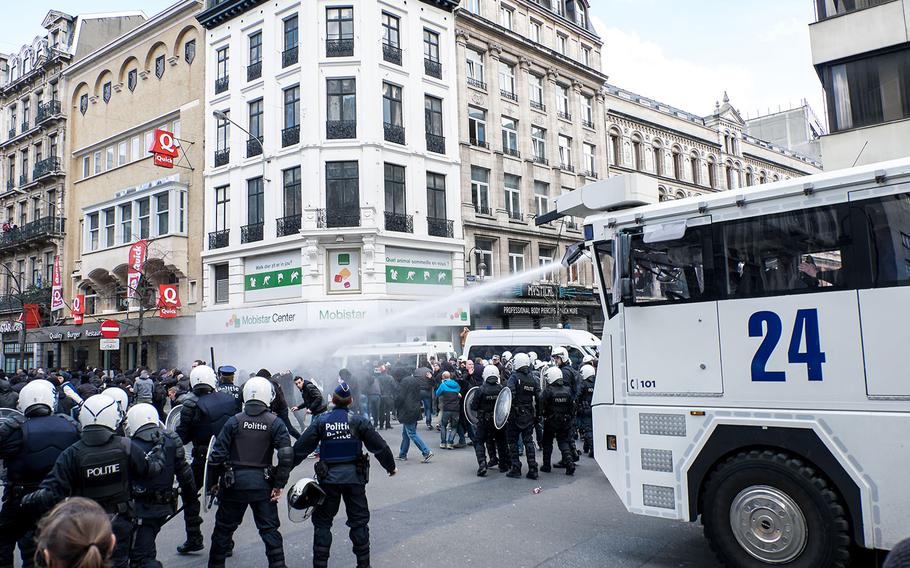 Police fire a water cannon at protesters who gathered at a memorial site for the victims of March 22's terrorist attacks in Brussels on Sunday, March 27, 2016. (Merlin Meuris, Reporters, Zuma Press/TNS)

After the March 22 attacks at Brussels’ international airport and a subway station, EUCOM issued a travel restriction to Brussels that was set to expire Tuesday.

The decision to extend the prohibition comes as authorities are searching for suspects in the terrorist attacks.

The restriction doesn’t apply to personnel stationed in and around Brussels, home to the headquarters of the U.S-led NATO alliance, according to EUCOM.

EUCOM did not issue an expiration date for the travel ban.

Uniformed and civilian personnel must receive senior leader approval through their respective chain of command for special exemptions to visit the Belgian capital.

U.S. military personnel are also restricted from travel to Turkey, where a travel ban has been in place because of several high-profile attacks in the country.