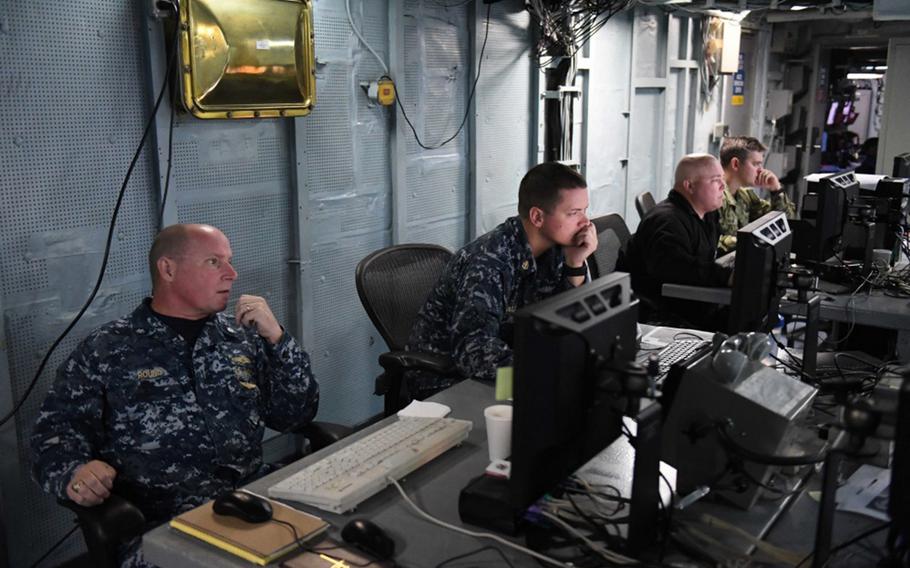 MUNICH — U.S. European Command concluded a series of classified war games this week as part of an effort to boost its combat readiness, the military said Friday.

Austere Challenge 2017, which included computer-assisted scenarios that tested EUCOM’s ability to marshal forces in a combat scenario, brought together troops and units from across Europe. The war games commenced in October and culminated in February as part of one of the most complex command exercises for EUCOM since the end of the Cold War. EUCOM declined to site the exact date the drills ended.

“Your efforts are critical to ensuring we have a trained and postured joint team ready to respond at the speed of conflict,” EUCOM’s Gen. Curtis M. Scaparrotti, said in a statement. “Exercises like this validate our ability to rapidly respond together with decisive and overwhelming success in Europe, or to enable other combatant commands.”

The military provided few details about the nature of the exercise. Much of it is classified and relates to how EUCOM would command forces should a conflict break out.

The exercise tested EUCOM’s ability to provide “overwhelming and decisive results in a variety of exercise situations. This exercise ensures our warfighters practice, and hone, their abilities to respond to any crisis situation,” said Maj. Gen. Mark Loeben, EUCOM’s director of exercises and assessments, in a release.

Since Russia’s 2014 intervention in Ukraine, EUCOM has sought to adapt to what it sees as a new security environment. Part of that has focused on rebuilding command and control capabilities that atrophied during the post-Cold War era.