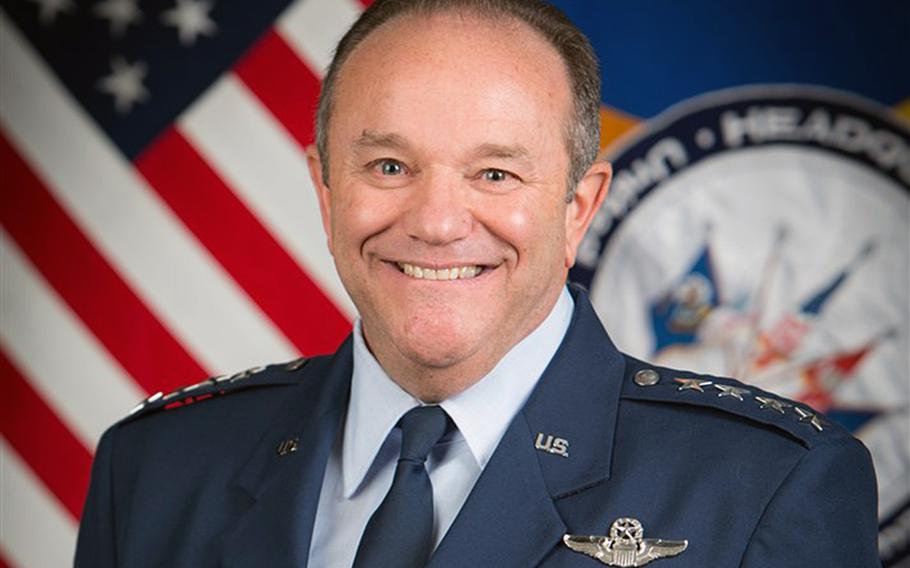 STUTTGART, Germany — U.S. European Command’s Gen. Philip Breedlove said Monday that he would continue to press for more military resources on the Continent as his force adapts to a more fragile security landscape.

However, decisions were still pending on how such assets would be allocated, he said.

During the past year, Breedlove has sought more land, air and naval forces, some of which have been bolstered through an increase in troop rotations from the United States. In addition, Breedlove has lobbied inside the Pentagon for more intelligence-gathering assets, which he says are in short supply..

How military assets such as surveillance and reconnaissance systems would be dispersed is under review, Breedlove said during an interview at his Stuttgart headquarters on Monday.

“I am advocating for those, and we are in the middle of that process now. I am certainly a vocal advocate,” he said.

In Europe, the permanent military presence has shrunk dramatically since the end of the Cold War, when force levels were in the range of 300,000. Today, about 70,000 troops across all the services are based in Europe. Those numbers are “inadequate to the current issue that we see,” Breedlove said. The number of military experts and analysts on Russia has also shrunk.

A U.S. defense official, speaking on background about the military mission in Europe, said the issue of more military assets is one leaders in Europe are asking for “every day.”

And Europe is not the only combatant command asking.

“That’s the problem — all of them want more,” the official said.

While it is unlikely that the Pentagon will consider returning significant numbers of permanently assigned forces to Europe, the services are examining expanded troop rotations.

The military downsizing in Europe that has occurred over the past 20 years — a period that Breedlove described as “hugging the bear” — reflected a view that Russia was more partner than adversary. But with Russia’s aggressive moves in Ukraine, its growing navy presence in the Mediterranean and periodic nuclear saber rattling, that has changed.

“We see we don’t have a partner with Russia here in Europe,” Breedlove said.