Estrada is tapped as 15th Sergeant Major of the Marine Corps 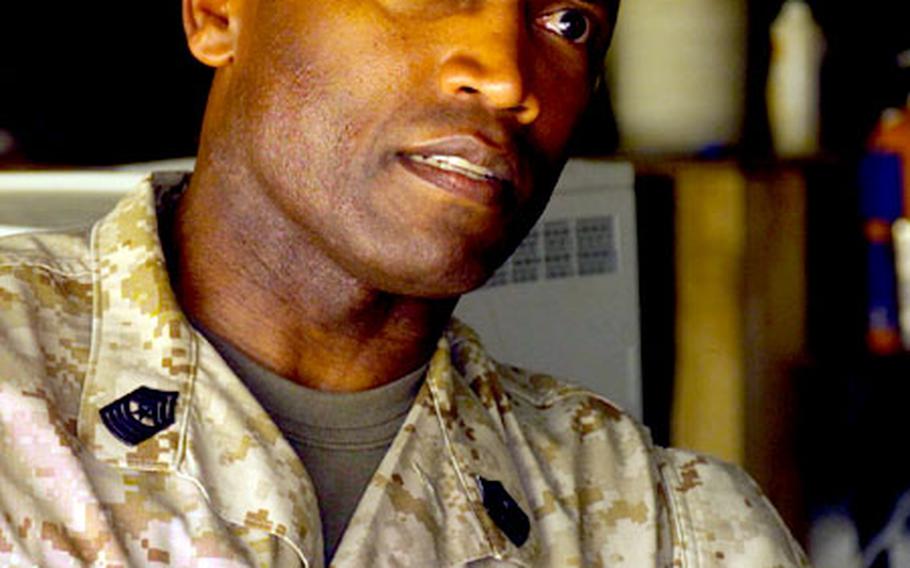 Estrada currently is the top enlisted man of the 3rd Marine Air Wing in California and deployed to Kuwait.

&#8220;I did not sleep at all last night,&#8221; Estrada is quoted as saying during an all-hands staff noncommissioned officer meeting in Kuwait on April 22. &#8220;This is a very momentous event. There are many Marines and sailors I have to thank. I know I wouldn&#8217;t be in this position if it were not for them. This is as much a part of you as it is of me.&#8221;

The quote appears in a story published on the official Marine Corps Web site, www.usmc.mil.

Estrada moved in December 2001 to Marine Corps Air Station Miramar, Calif., which is home of the 3rd Marine Air Wing.

&#8220;I was very fortunate to get slated to be the 3rd MAW sergeant major,&#8221; Estrada is quoted as saying. &#8220;I did not realize when I put my name in for that job that it would be such a huge responsibility. I wanted to get back out West because I was approaching retirement time and I was looking at retiring. Since I came up through the wing it was like a homecoming of some sorts and I could not think of a better way to end my career &#8212; to be fortunate enough to come back and end it in the wing. It was just a tremendous billet for me.&#8221;

Estrada is set to take over on June 26.

He has served at Beaufort, S.C.; Iwakuni, Japan; Yuma, Ariz.; and El Toro, Calif., and has been deployed aboard the USS Coral Sea to the western Pacific and Arabian Sea. He also served at Andrews Air Force Base, Md., and served as a drill instructor in San Diego, to name a few of his duties.

As a sergeant major, he served from March 1995 to May 1998 as sergeant major for 2nd Battalion, 1st Marines, 1st Marine Division, at Camp Pendleton, Calif., and deployed with the 11th Marine Expeditionary Unit (Special Operations Capable) and the 15th MEU (SOC) to the western Pacific and the Arabian Gulf.