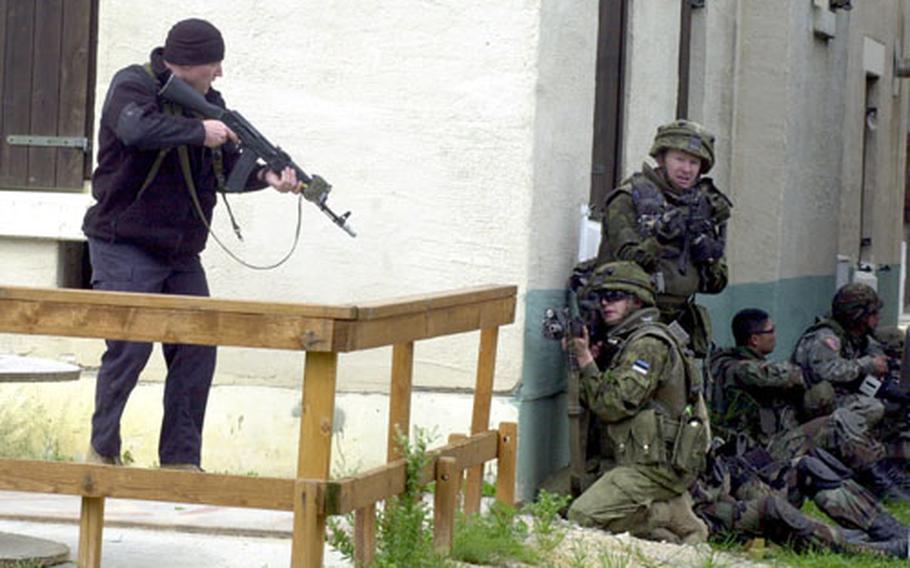 Estonian troops are about to get a nasty surprise from an “insurgent” at Hohenfels on Thursday during a mock raid. (Seth Robson / S&S) An Estonian soldier enjoys his pipe after a raid on the mock town of Ubensdorf at Hohenfels, Germany, on Thursday. (Seth Robson / S&S) 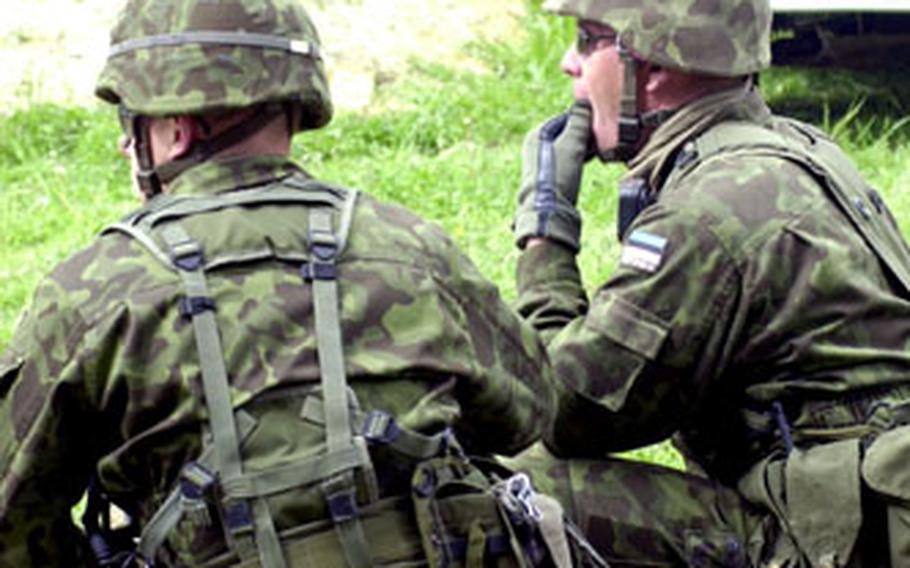 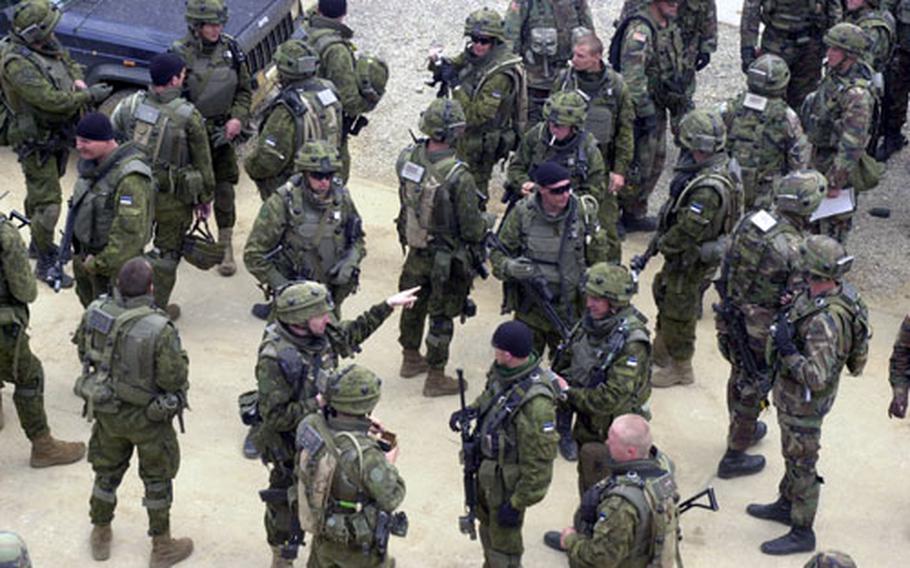 Estonian and US troops mingle after a raid on the mock town of Ubensdorf at Hohenfels, Germany, on Thursday. (Seth Robson / S&S)

Observer controllers, or OCs, are the officials who run exercises inside &#8220;The Box&#8221; training area at Hohenfels. Their signature is the God gun, which can set off the siren on a MILES laser harness if the OC determines that a soldier has been &#8220;killed&#8221; during an exercise.

The first foreign OC to work at Hohenfels was a Polish soldier who participated in an exercise in March. The foreign soldiers take the same two-week course that U.S. troops do before going to Hohenfels, officials said.

The exercise was a chance for another American OC, Maj. Brad Laauwe, 33, of Katy, Texas, to meet up with Estonian Capt. Eero Kinnunen, 38, who he served with in Iraq.

The pair met in 2003 in Baghdad when Laauwe was a company commander with 2nd Battalion, 70th Armored Regiment, he said.

In Iraq the pair talked about the differences between their militaries, he said.

&#8220;The Estonian Army is mostly conscripts. They go through intense training. They only get conscripts for eight to 12 months and yet they are still committed to all these overseas missions,&#8221; he said.

The Estonian army, 6,000 strong out of a population of 1.4 million, has deployed to Iraq, Afghanistan, Bosnia and Kosovo in recent years.

Laauwe said he learned a little about Estonia through his conversations with Kinnunen.

&#8220;You think eastern Europe is behind the times, but Estonia is definitely not. They are very forward-thinking and their economy is booming,&#8221; he said, adding that he plans to travel to Estonia this summer.

Kinnunen, who has served in both Afghanistan and Iraq, recommended Estonia&#8217;s 900-year-old capital, Tallinn, as a holiday destination and a traditional Estonian meal of pork, salted cabbage and potatoes.