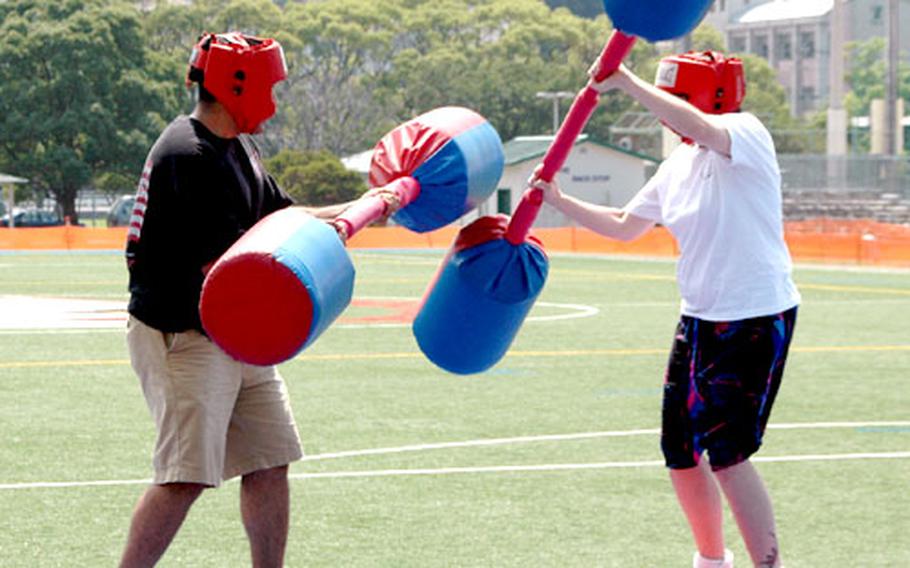 A sailor from the USS Essex, happy with a plate of freshly-grilled ribs and chicken, thanks the cooks and shipmates behind the grill at Sasebo&#39;s Nimitz Park Friday afternoon. (Greg Tyler / S&S) 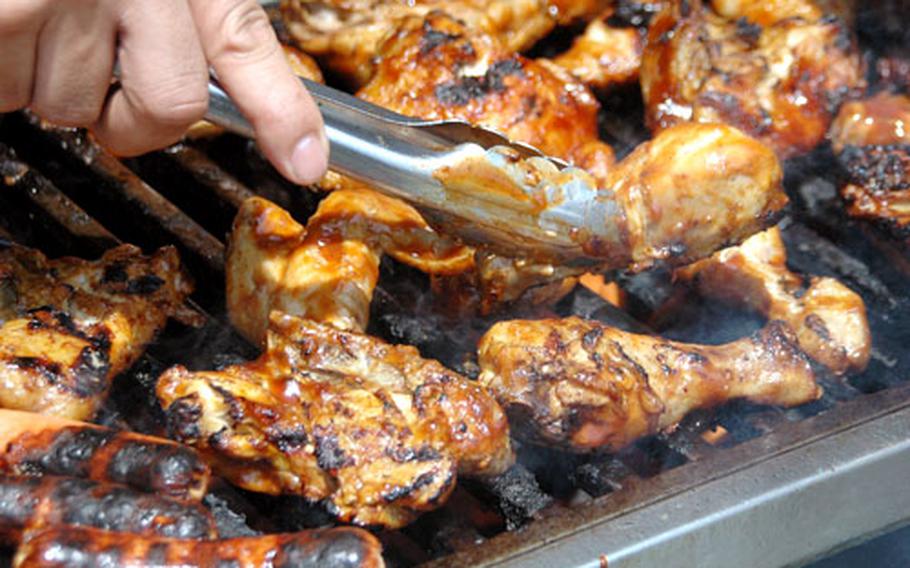 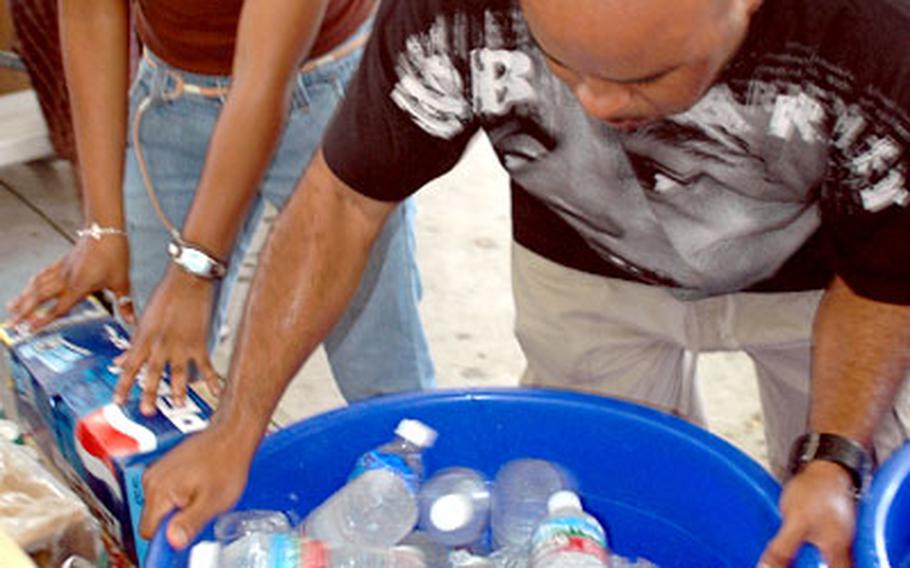 SASEBO NAVAL BASE, Japan &#8212; When Petty Officer 3rd Class Andrew Mahan joined about 900 shipmates in Nimitz Park for the USS Essex picnic Friday afternoon, he wasn&#8217;t expecting to leave with one of seven prize packages to the NFL&#8217;s American Bowl.

Now Mahan, 24, must choose to cheer for the Atlanta Falcons or Indianapolis Colts at the Aug. 6 matchup at the Tokyo Dome. The prize package includes a ticket to the game, transportation and hotel costs for a stay in Tokyo Aug. 3-7.

On top of that, the NFL agreed to create opportunities for servicemembers to visit with players during their stay, said Dennis Lebling with Sasebo&#8217;s Morale, Welfare and Recreation department.

&#8220;My goal is to get them on the practice field with the players the Thursday before the game and at the pre-game party at the Tokyo Dome,&#8221; he said.

The six other winners from the Essex drawing, most not at the picnic, could not be identified by press time, organizers said, because they were not sure of the winners&#8217; complete names.

The American Bowl preseason game traditionally has a Super Bowl-like atmosphere, with a week of events and player appearances leading up to the game, said Lt. Cmdr. Ed Lucas, aircraft maintenance officer and collateral-duty MWR representative for the Essex.

&#8220;These guys really deserve something like this,&#8221; he said. &#8220;These sailors spent eight months deployed to protect the interests of Iraq, then responded to the humanitarian disaster created by tsunamis in Southeast Asia.&#8221;

U.S. Forces Japan obtained tickets to the game from the NFL, said USFJ spokeswoman Capt. Richelle Dowdell. A specific number of tickets &#8212; she was unsure how many &#8212; were allocated to each service branch in Japan. The branches were making separate plans on how to distribute their tickets.

&#8220;As a tribute to our military servicemembers throughout Japan, not only will many receive the tickets, but they&#8217;ll also participate in halftime activities,&#8221; she said.