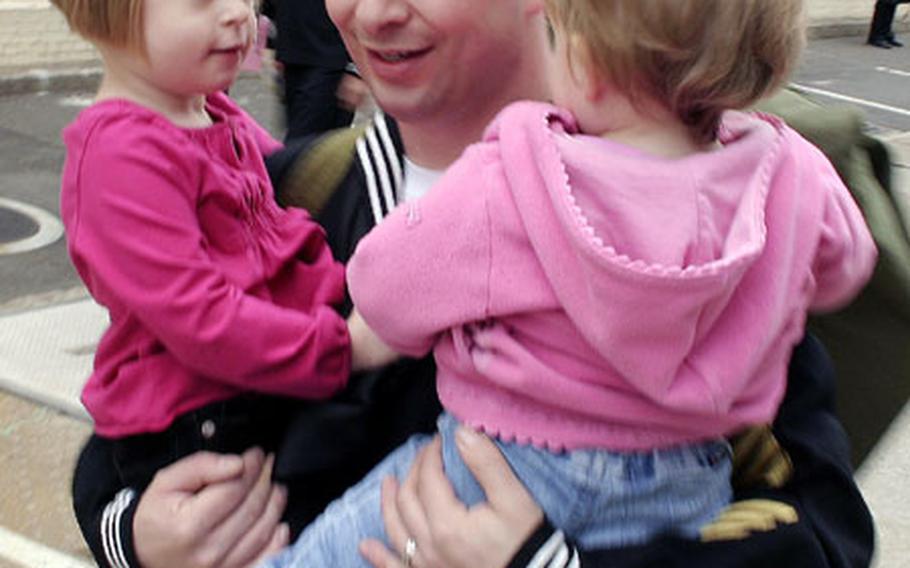 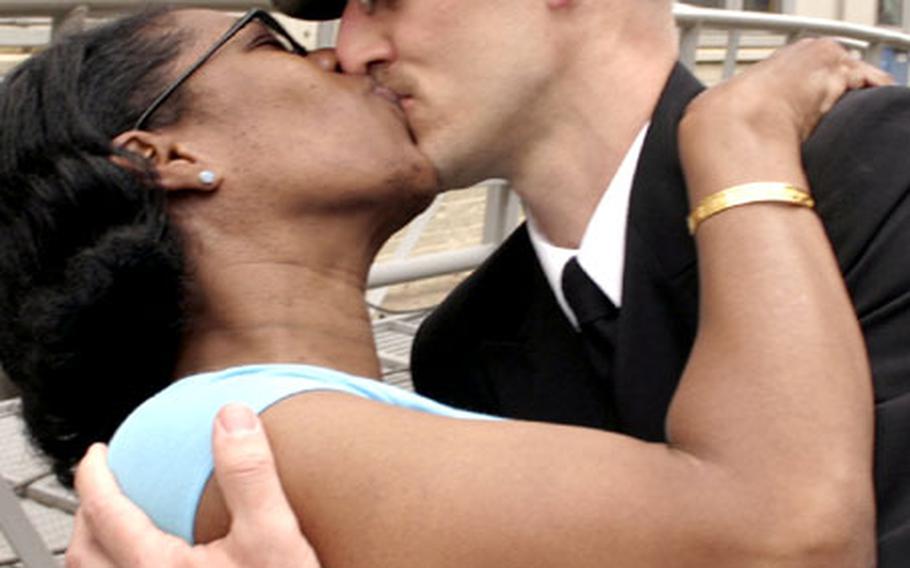 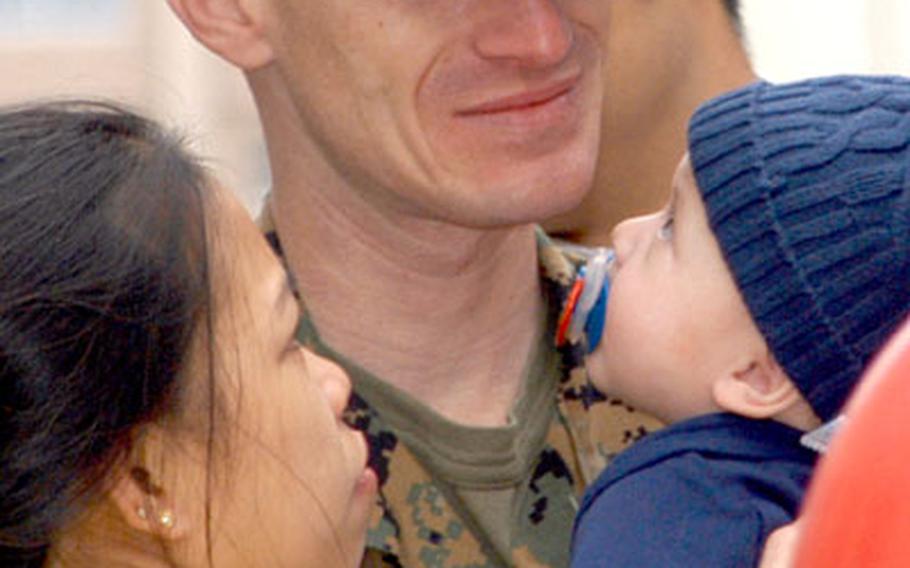 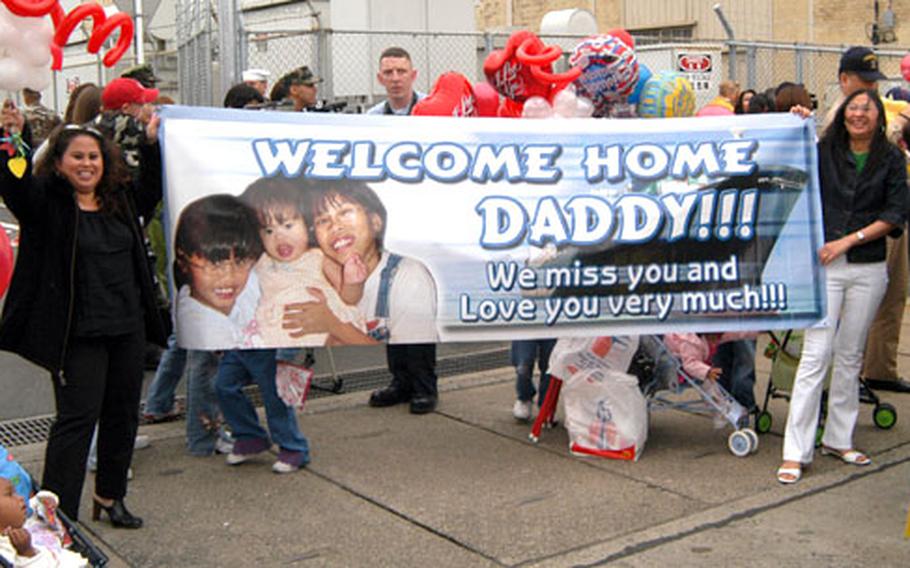 Family members display a banner specially made for a loved one aboard the USS Essex during the homecoming celebration Wednesday at Sasebo. (Paul Phelps / Courtesy of U.S. Navy)

SASEBO NAVAL BASE, Japan &#8212; As early as 7:30 a.m. Wednesday, Essex Amphibious Ready Group family members and well-wishers were busy creating a festive atmosphere for the return of more than 2,000 sailors in the Ready Group who were a few hours from ending an eight-month deployment.

Tugboats later nudged the USS Essex, the first ship to arrive, up against the India Basin Pier. Sailors manning the rails saw colorful balloons and banners, heard the Ernest J. King High School Band and scanned the crowd for their family members.

The order of the day, on shore and aboard: excitement and exhilaration.

&#8220;We are so excited he is back today and to have him back home again. It&#8217;s been eight months,&#8221; said Navy spouse Tamra Lucas, waiting for Essex crewmembers to disembark.

In early September, the three ships left to serve with coalition forces as part of Task Force 50 to support operations in Iraq. After more than four months, the Essex shifted missions and assisted with humanitarian efforts in Indonesia after the Dec. 26 earthquake and subsequent tsunamis that devastated South Asia coastlines.

Navy spouse Vanessa Drummond said that in the 22 years her husband, Senior Chief Petty Officer Paul Drummond of the Essex, has been in the Navy, this was his longest deployment. They were separated throughout this deployment save for a brief meeting in Singapore, she said.

&#8220;He said the things he saw in Indonesia after the tsunamis were devastating,&#8221; she said. &#8220;But he also got to fly in with helicopters to deliver some of the bottled water and other relief supplies. He said it was awesome to be a part of that because they knew they were helping, if only just a little.&#8221;

Petty Officer 3rd Class Tristan Malig, an information technician on the Essex and a single sailor, was about as excited to be back on solid ground as were those with wives, children and girlfriends. But he also expressed pride in his deployment.