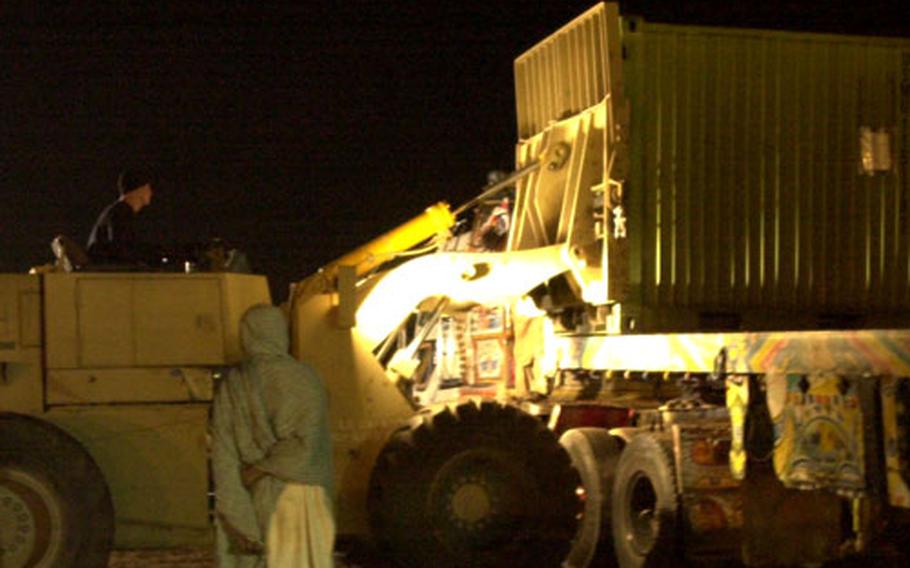 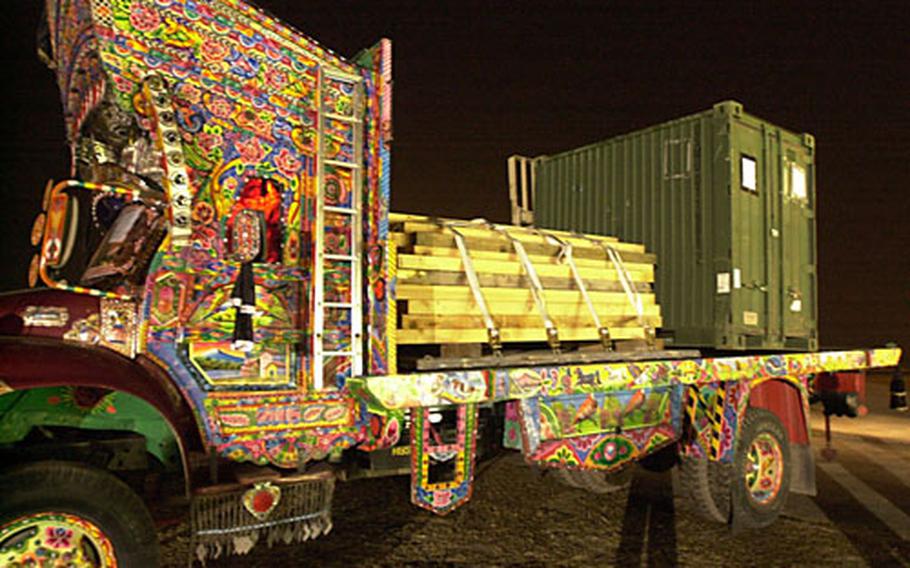 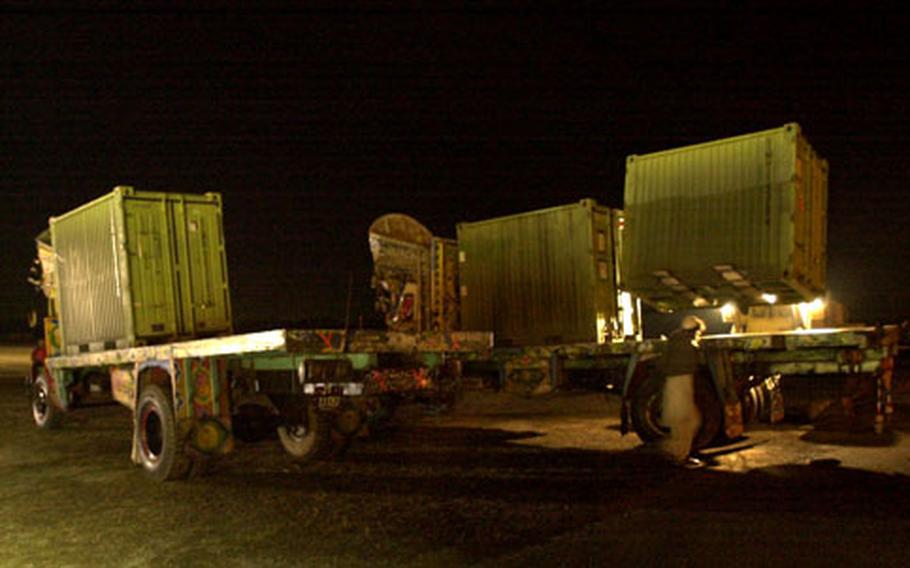 Pallets full of tents, generators and other pieces of camp support equipment arrived at nearly 2 a.m. local time via a 747 cargo plane.

Shortly after the plane parked on the airfield, a team of U.S. Air Force personnel went to work offloading the equipment and staging it nearby.

Once the plane was empty, the cargo was loaded onto &#8220;jingle trucks&#8221; &#8212; brightly decorated trucks with chains that dangle from the bumpers, causing a jingling sound when they drive.

As day broke, the trucks departed the airfield to deliver the gear nearly 110 miles north of here to Shinkiari, where the detachment, which includes the Bravo Surgical Company from 3rd Medical Battalion and Marines and sailors from throughout 3rd Marine Logistics Group, will set up a field hospital.

Four members of the group&#8217;s advance party traveled via helicopter to the site to get ready to accept the gear and begin constructing the camp, according to Capt. Danny S. Chung, 3rd MLG spokesman.

Five more planes full of gear &#8212; including several 7-ton trucks, Humvees, water purifying equipment and medical equipment &#8212; and one plane with the more than 190 Marines and sailors were set to arrive in Shinkiari by the end of Tuesday.

The camp should be fully operational by the end of this week, Chung said.

Accepting the detachment&#8217;s first shipment at Chaklala Air Field was Staff Sgt. Victor Robinson, who controls the in-flow of supplies and personnel.

His role was to work with Air Force personnel to make sure the group&#8217;s gear is moved and loaded at the airfield.

&#8220;The biggest challenge of my job is knowing what the commander wants and being able to execute that by connecting with my counterparts from the different services,&#8221; Robinson said.

Robinson said this gear movement was different for him, as he normally has his own team to offload and load equipment.

Being a one-man show and having five inbound flights in 24 hours over Monday and Tuesday could be overwhelming, but Robinson said it&#8217;s worth it.