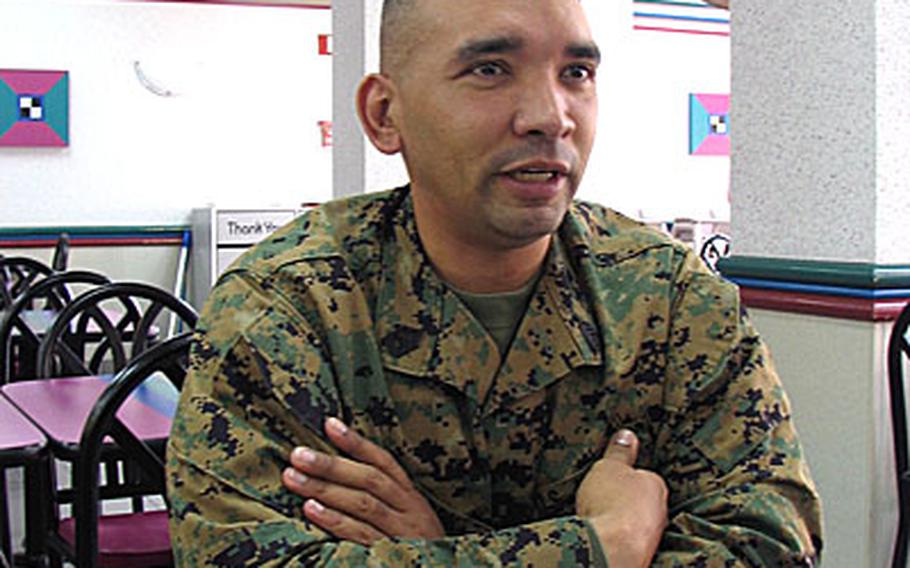 Growing up in Passaic, N.J., and Puerto Rico, he saw firsthand how some people tend to treat other people based on their skin color or their names. To a much lesser extent, he says, such bias also exists in the Marine Corps.

&#8220;When I was offered the opportunity to attend a 10-week course at the Defense Equal Opportunity Management Institute, I saw it as an opportunity to make a difference in the Marine Corps,&#8221; Irizarry said recently.

He said there are two ways to confront discrimination.

Irizarry is one of five Marine equal opportunity advisers on Okinawa. The others are assigned to the III Marine Expeditionary Force, the 3rd Marine Division, Marine Corps Bases Japan and the 1st Air Wing.

The most important part of his job is teaching awareness, he said.

&#8220;We have to make sure our Marines and sailors know discrimination can hurt combat readiness, damage morale and eventually affects the growth of individuals within the Corps,&#8221; said Irizzary, who also will speak to anyone with harassment or discrimination concerns. Since he came to Okinawa in January he said he has not seen any major discriminatory trends nor heard any complaints.

Irizarry said the goal of each equal opportunity adviser is to maintain high standards that ensure all individuals are treated with dignity and respect, &#8220;affording every Marine and sailor an equal opportunity for professional advancement based on individual merit.&#8221;