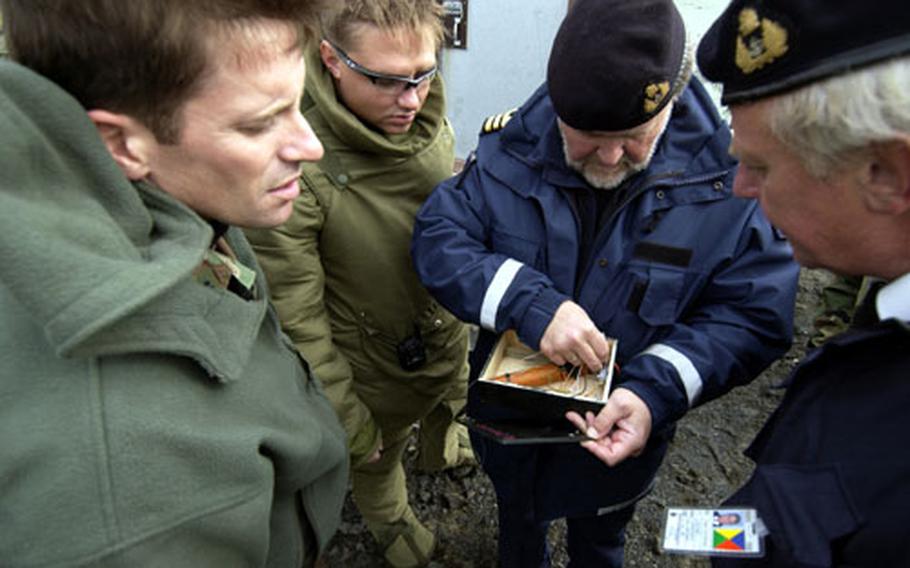 Dealing with one of terrorists&#39; most deadly weapons &#8212; improvised explosives &#8212; was the focus of a three-day exercise at Naval Air Station Keflavik, Iceland.

&#8220;Northern Challenge 2003 is an exercise conducted in coordination with the Iceland Defense Force and set up by a memorandum of understanding between U.S. and Icelandic EOD teams that we should train together,&#8221; said exercise coordinator Lt. Adrian King, of the Icelandic Coast Guard. He said the Danish team was added to share information with more NATO countries.

During the exercise, each two-man team was tested in a variety of drills involving hidden and booby-trapped bombs while being observed and evaluated by King.

King noted that terrorists around the world typically use the same bomb-making techniques so it is important for different countries to get together and share what they know about how terrorists make their bombs.

King said that even countries like Iceland and Denmark must be alert to terrorist attacks.