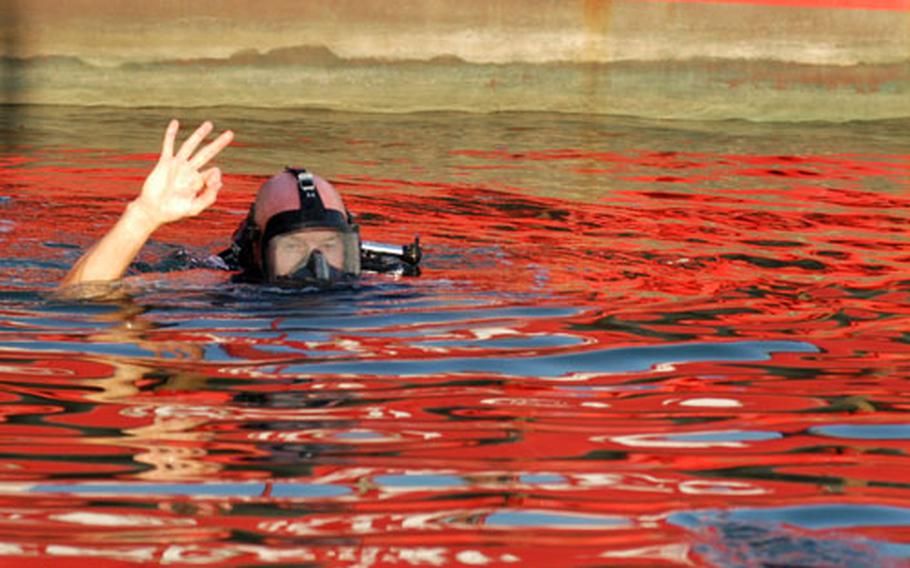 Petty Officer 2nd Class Mark Hickling gives the OK sign after completing a dive at a Kuwaiti port on the Persian Gulf Sunday prior to the arrival of a U.S. ship. Hickling is a reservist with the Navy’s Explosive Ordnance Disposal Detachment-Kuwait, which falls under Naval Coastal Warfare Squadron 354. (Jennifer H. Svan / S&S)

Petty Officer 2nd Class Mark Hickling gives the OK sign after completing a dive at a Kuwaiti port on the Persian Gulf Sunday prior to the arrival of a U.S. ship. Hickling is a reservist with the Navy’s Explosive Ordnance Disposal Detachment-Kuwait, which falls under Naval Coastal Warfare Squadron 354. (Jennifer H. Svan / S&S) 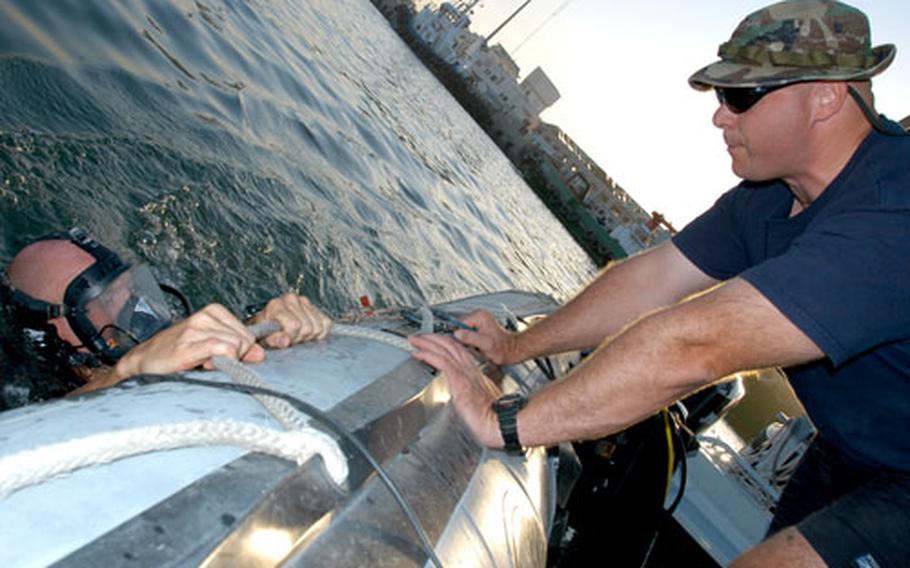 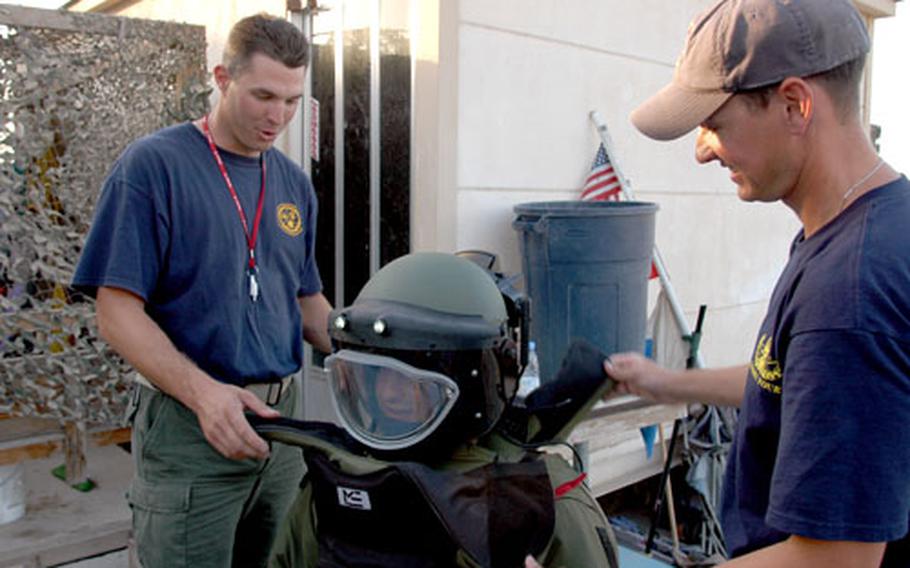 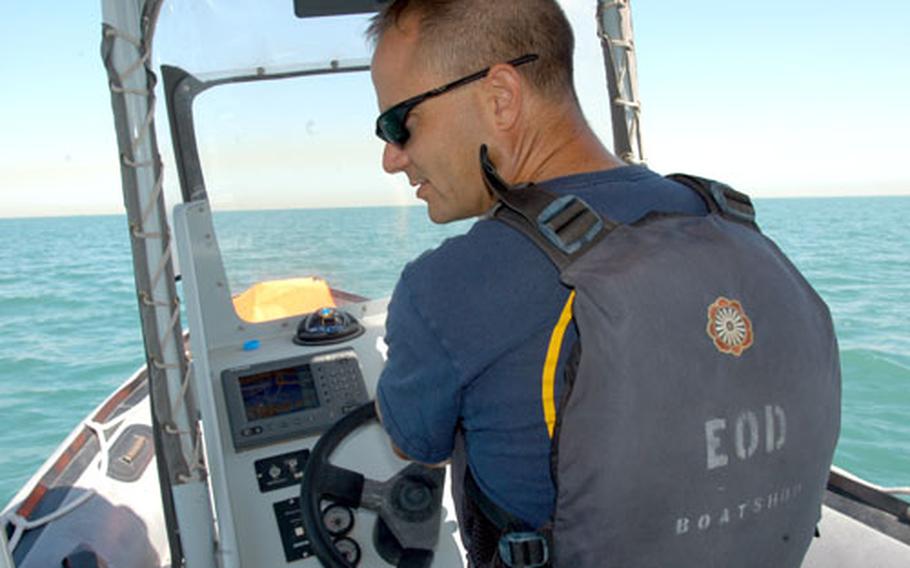 They have a good time together. On Saturday evenings, there are barbecues, usually with marinated fish caught from the salty Persian Gulf. They joke and laugh often, and sometimes play pranks on each other. Play hard, work hard.

When the next job could be the last, levity keeps things sane.

Reservists with the Navy&#8217;s Explosive Ordnance Disposal Detachment-Kuwait are keeping plenty busy on land and in water. Deployed to an undisclosed location near Camp Patriot in Kuwait, the reservists respond to any potential bomb threats on the ground or at sea in their operating area. Another job is disposing of old unexploded ordnance left over from previous wars such as Desert Storm.

As trained Navy EOD divers, they also search for underwater bombs in two Kuwaiti ports on the Persian Gulf, ensuring the pier and the harbor are safe for entering U.S. ships carrying war supplies.

They&#8217;re looking for anything from magnetic mines to a bag of explosives tied to a shaft, said Senior Chief Petty Officer Sean McLaren, the detachment&#8217;s officer in charge.

Since April, the detachment has completed more than 150 dives and spent more than 3,000 minutes under water. Bomb calls to date number about 20, although none so far has turned out to be the real thing. The most bizarre call was to check out a floating sheep carcass in the gulf.

&#8220;They&#8217;ve been known to use carcasses on [roads] in Iraq. They stuff them with explosives,&#8221; said Chief Petty Officer Kelly Davis, detachment team leader.

Davis, 34, and Petty Officer 1st Class Bryen Williams, 31, take the lead on bomb calls, while the other four divers, who have completed a portion of EOD school, assist with that mission.

The reservists share a huge tent near the beach. With about half the team over 40, physical fitness is an important staple of the daily routine. They lift weights, run and swim, mostly in a pool, to stay sharp in the water.

Dives can be at any time of day, depending on ship schedules. Night dives are just as they sound, said Petty Officer 2nd Class Mark Hickling: &#8220;Dark and spooky.&#8221; One of the biggest risks while diving under tugboats is an oblivious boat operator turning on the engine.

What Chief Petty Officer Gary Kvammen remembers most about dive school was push-ups in the surf, holding one&#8217;s breath and blowing bubbles under the water right after a hard run.

They find a way to deal with the risks &#8212; a reality they can&#8217;t escape even in Kuwait. Four EOD brothers, as Davis called them, have died in Iraq since the detachment arrived from Fort Story, Va., last spring.