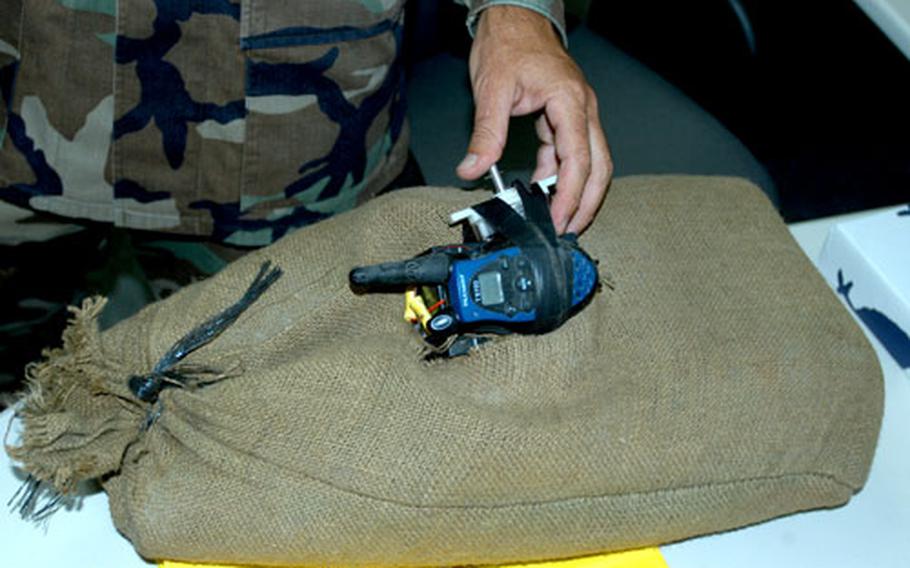 Explosive Ordnance Disposal technicians from Misawa Air Base, Japan, encountered homemade bombs like this during their December-June deployment to Iraq. Misawa’s EOD team recently was named best in the Air Force for 2005. (Jennifer H. Svan / S&S)

Explosive Ordnance Disposal technicians from Misawa Air Base, Japan, encountered homemade bombs like this during their December-June deployment to Iraq. Misawa’s EOD team recently was named best in the Air Force for 2005. (Jennifer H. Svan / S&S) 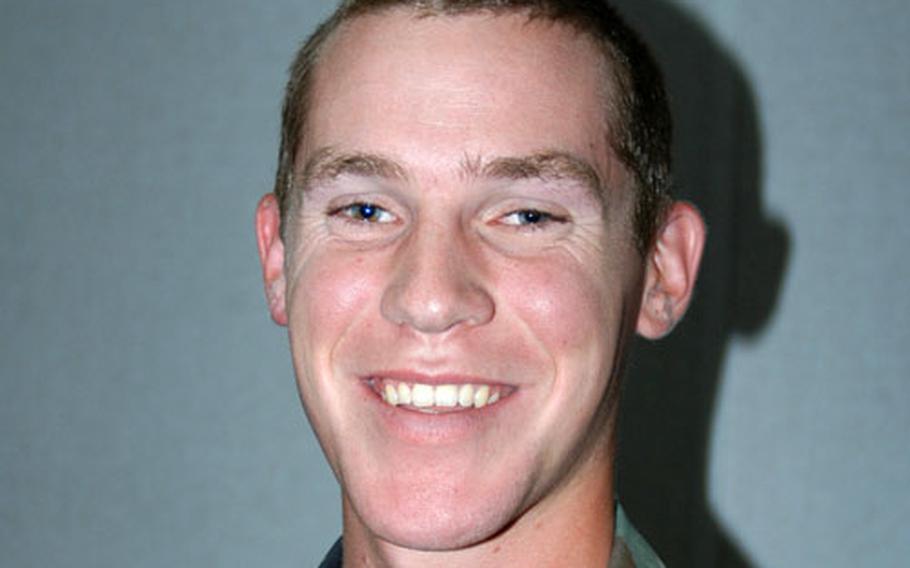 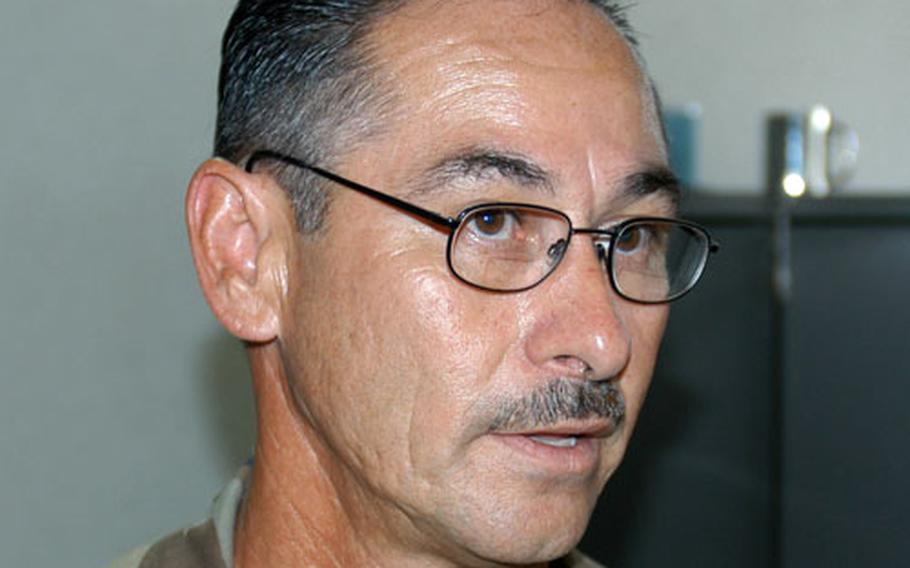 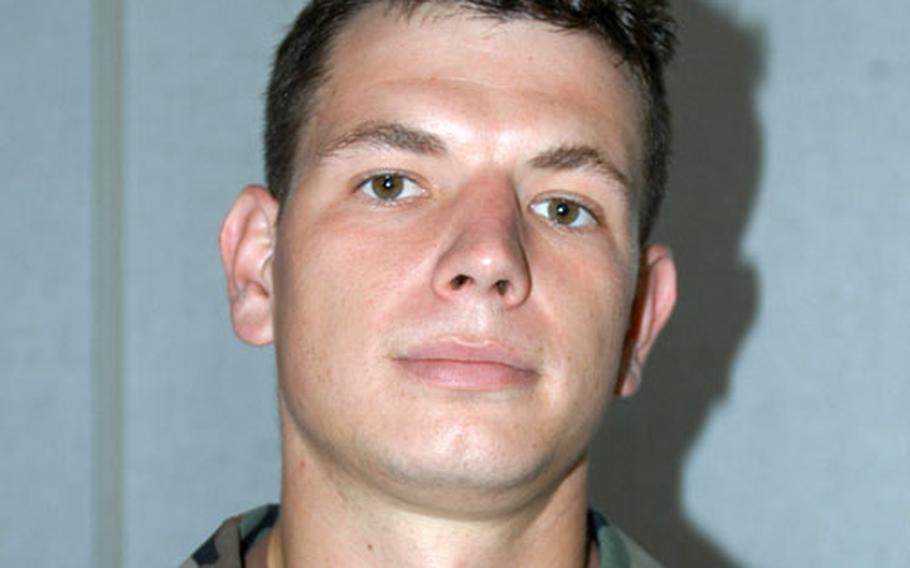 MISAWA AIR BASE, Japan &#8212; The news hits like a ton of bricks to the gut: Another explosive ordnance disposal specialist killed or maimed in Iraq by a homemade bomb.

It gets the 22-year EOD career man to thinking: &#8220;How did they get themselves in that situation?&#8221; Was it a mistake or an oversight? Or are the bad guys getting smarter?

Dominguez supervises Misawa Air Base&#8217;s EOD flight, a 16-member unit that recently was named best in the Air Force for 2005. The honor caps a busy year for Misawa&#8217;s bomb experts, one that began with Dominguez and five of his airmen deploying to Iraq from December to June.

&#8220;It&#8217;s a compilation of everything that the shop does throughout the year,&#8221; Dominguez said of the Senior Master Sgt. Gerald J. Stryzak Award, named for an EOD bomb technician killed with two others in a C-141 aircraft crash in 1980.

The experiences and lessons learned in Iraq, however, are shaping how the EOD airmen approach their jobs and training in northern Japan&#8217;s peace and quiet.

&#8216;You know you&#8217;re doing something dangerous&#8217;After a frenetic pace chasing down improvised explosive devices, or IEDs, while trying to stay a step ahead of insurgents, the slowdown for some is welcome. Others long for the front lines.

The job description isn&#8217;t for the faint of the heart. Misawa&#8217;s EOD specialists spent most of their downrange days disarming IEDs, the second leading cause of death among U.S. troops in Iraq.

The men say they saw death almost daily but didn&#8217;t think much about dying.

The calls were almost nonstop, heedless of hour. They included unexploded ordnance and post-blast assessments and mortar and rocket hits to their home base at the airport.

In one post-blast investigation, Jones and Dominguez responded to a Humvee that ran over an IED that exploded.

&#8220;The driver was lost instantly. The passenger behind him lost his feet. He also died because he bled to death,&#8221; Dominguez said.

McCrone recalls a fiery OH-58 Kiowa helicopter crash. He and his partner &#8212; EOD techs work in pairs &#8212; cut away and cleared seven rockets so Army soldiers could remove the two pilots&#8217; remains.

The IEDs were the trickiest of calls &#8212; and potentially the deadliest. Misawa&#8217;s EOD techs found bombs hidden in garbage, animal carcasses, an inner tube, a burlap sack, buried in dirt, concealed by concrete slabs. An Army security team accompanied them on all calls, surrounding their Humvees sometimes with Bradley tanks while they set up and operated their radio-controlled robot to disarm homemade bombs from a safe distance. But the safe area &#8212; what was deemed out of the danger zone &#8212; wasn&#8217;t always safe.

Learning lessons the hard wayDominguez lost an Army buddy, an EOD staff sergeant whom he met in Iraq. The two shared an interest in digital photography.

About seven minutes after the staff sergeant arrived on the scene, a secondary device blew up next to him.

Dominguez had his fair share of close calls. But one in particular continues to haunt him.

An Army tank commander reported driving by a black bag on a bridge. He told Dominguez he didn&#8217;t see any wires around it.

Dominguez high-tailed it. The device didn&#8217;t go off. He went to church the next Sunday.

It would be the most important lesson of the deployment, if not his career: &#8220;Don&#8217;t let your guard down. Whatever they tell you, whatever information you gather, you still have to go in completely protected.&#8221;

Dominguez never repeated that mistake. He, McCrone and LaFranca teamed to disarm more than 50 IEDs during the deployment. This fall, Dominguez was awarded the Bronze Star for his efforts in Iraq.

A slower paceBack at Misawa, the EOD shop&#8217;s primary mission is to support the base&#8217;s military aircraft.

&#8220;Anything that interrupts flying involving ordnance, we take care of that,&#8221; Dominguez said.