Envoy: Afghan forces will probably be able to go it alone after 2020 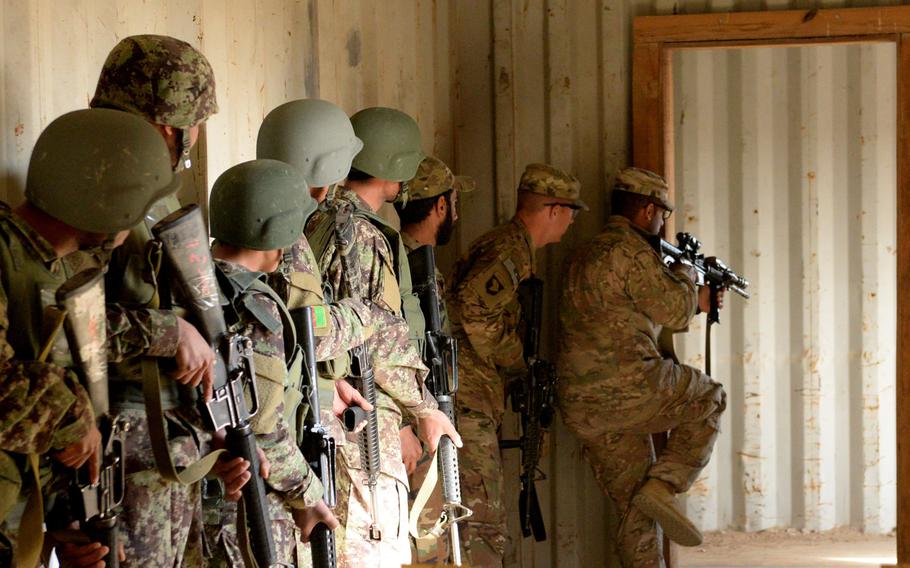 Afghanistan’s military will likely be able to fight the Taliban without foreign assistance within three years, a senior Afghan official has told USA Today.

Afghanistan’s military will likely be able to fight the Taliban without foreign assistance within three years, a senior Afghan official has told USA Today.

“By 2020, our security forces will be able to have what they need to carry on the fight on their own, for the most part,” Afghanistan’s Ambassador to the United States Hamdullah Mohib said.

The U.S. has about 8,400 forces in Afghanistan. Most of those serve in training and advisory roles, though a small number of special operations teams assist Afghan on the battlefield.

With the Afghan air force still in its infancy, the U.S. continues to provide close air support to government troops. The Afghan military needs better medevac capabilities and more special operations teams before it can manage the fight on its own, officials have said.

In February, the top U.S. military commander in Afghanistan, Gen. John Nicholson, told Congress he needed “several more thousand” troops to “break the stalemate” in the fight against the insurgents. Nicholson seemed to indicate that most of those would serve in training and advisory roles.

Most U.S. troops in Afghanistan serve in bases, but some continue to accompanying Afghan forces on operations. On Saturday, a Special Forces soldier, Staff Sgt. Mark De Alencar, was killed during a fight against a local branch of Islamic State in the east.

The brunt of casualties, however, continue to be borne by Afghan forces. Mohib told USA Today that 29,000 Afghan soldiers and police were killed or injured last year.