Environmental impact of Strykers being assessed 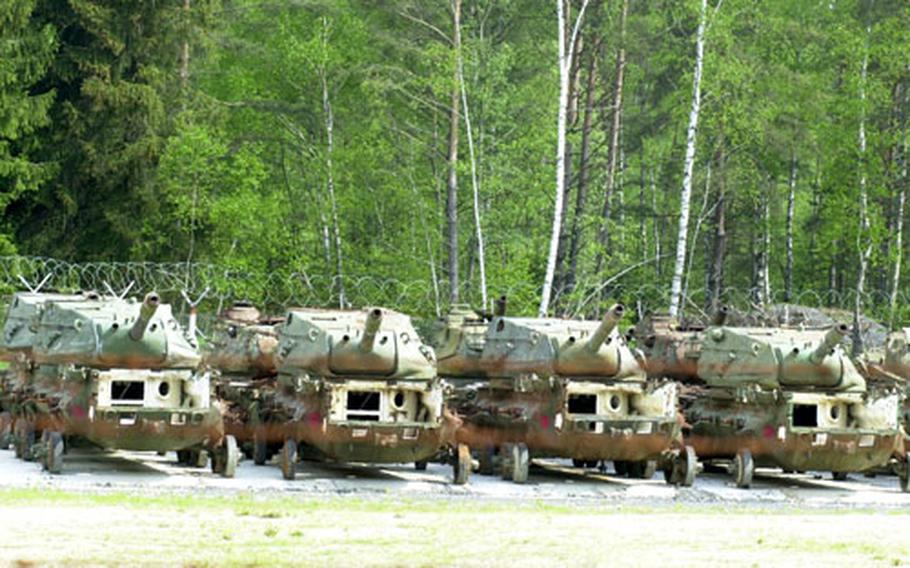 Old tanks wait to go to the range at the hard target holding area at Grafenwohr Training Area in Germany. (Seth Robson / S&S)

Old tanks wait to go to the range at the hard target holding area at Grafenwohr Training Area in Germany. (Seth Robson / S&S) 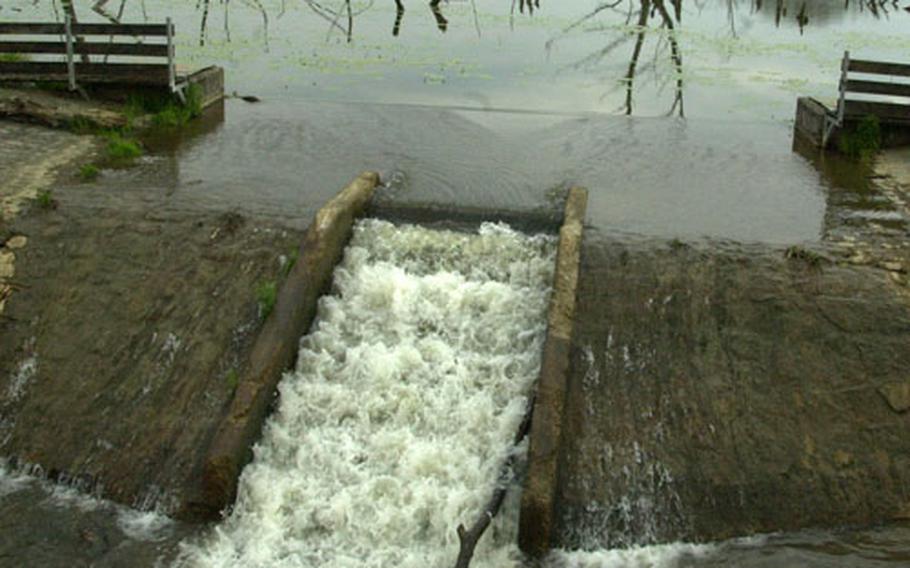 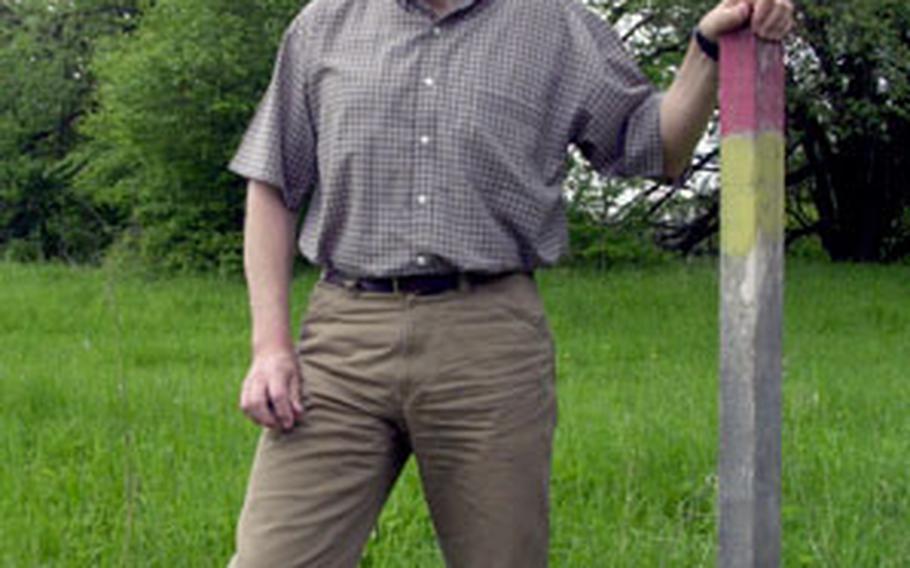 Manfred Rieck, chief of Grafenwohr Directorate of Public Works’ Environmental Division, in front of an historic fruit tree inside the training area. Orchards that grow next to abandoned villages at Grafenwohr are off limits for training. (Seth Robson / S&S)

GRAFENW&#214;HR, Germany &#8212; Environmental officials will compare damage to soil and vegetation caused by eight-wheeled Stryker armored personnel carriers and tracked vehicles in an effort to gauge the likely impact of 2nd Cavalry Regiment Strykers due to arrive this year.

Manfred Rieck, chief of the Grafenw&#246;hr Directorate of Public Works&#8217; Environmental Division, said Thursday his office had completed tests on the impact of tracked vehicles in a area inside the training area.

The test area includes the most common soil type found at Grafenw&#246;hr and a special mix of native German grasses bred for toughness, he said.

The results of the tracked vehicle tests will be compared to tests on the Strykers soon after they arrive, Rieck said.

Environmental staff think the Strykers will cause less damage than tracked vehicles at Grafenw&#246;hr because the landscape there is similar to the training area at Fort Lewis, Rieck said.

&#8220;We will also study the impact of the Strykers on threatened species. Tracked vehicles create a lot of puddles that are great habitats for endangered species,&#8221; he said.

The Environmental Division, which is this year&#8217;s winner of the U.S. Army Europe&#8217;s Outstanding Environmental Program Award, also is keen to find out how much hazardous waste Strykers produce, he said. There are 80 hazardous waste collection points at Grafenw&#246;hr where soldiers can deposit used oil, oil filters, oily rags, batteries, anti freeze and contaminated fuel.

Rieck said the goal was to make hazardous waste disposal as convenient as possible for soldiers so that they were not tempted to dump the waste where it might cause environmental problems.

The Environmental Division also oversaw the recent construction of 20 concrete refueling pads in the training area. The pads &#8212; each larger than a football field &#8212; have leak-proof seals and drain runoff into large concrete pools where oil and water are separated. Another eight pads have been installed as wash points for pop-up range targets, which can leak hydraulic fluid. The wash points also have separators as well as control ponds where outgoing water can be monitored for contaminants, Rieck said.

The Environmental Division spent $600,000 to build a &#8220;hard target holding area&#8221; where up to 150 old tanks are stored before they are sent to the range as targets. Hazardous substances such as fuel, batteries and grease are removed before the tanks go to the range, Rieck said.

Water at Grafenw&#246;hr is strictly monitored to make sure no contaminants escape the training area, he added.