Entire US fleet of F-35s grounded for engine inspections 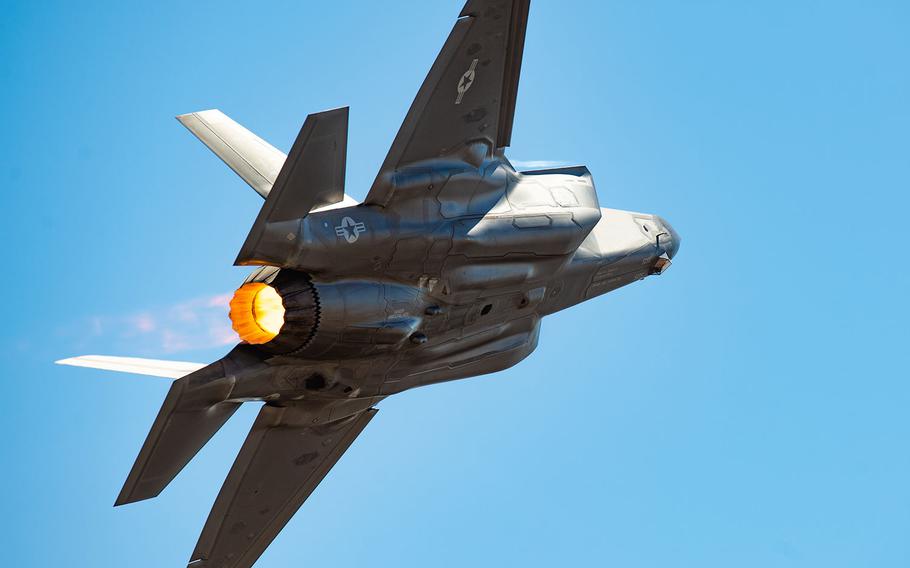 WASHINGTON — The U.S. military has grounded its fleet of F-35s following a recent crash in South Carolina to inspect the fighter jets’ engine fuel tubes, the Pentagon announced Thursday.

The grounding is in response to data from the ongoing investigation of the Marine Corps’ F-35B Lightning II that crashed near Beaufort, S.C. on Sept. 28, according to a statement by the F-35 Joint Program Office. The pilot was able to eject safely, but the aircraft was a total loss.

“At this time, the cause of the mishap has not yet been determined,” said Capt. Christopher Harrison, a U.S. Marine Corps spokesman.

However, the inspections are looking at a certain kind of fuel tube that is estimated to be in about half the F-35 fleet, U.S. officials told The Washington Post. There are more than 340 F-35s being used now by the United States and other countries.

The Marine Corps and Air Force have confirmed the grounding of their F-35s is a precaution so the aircraft can be inspected.

Inspections should be completed within the next 24 to 48 hours.

A day before the crash in South Carolina, another Marine Corps F-35B Lightning II was used in its first U.S. combat mission to strike a Taliban target in Afghanistan.

The Joint Program Office statement included “international partners” in the flight operation grounding, though the United Kingdom’s Ministry of Defence tweeted they have only “paused some F-35 flying as a precautionary measure while we consider the findings of an ongoing enquiry.”

The F-35 program, the most expensive weapon in U.S. military history, has been marred by delays and cost overruns and other mechanical issues. The F-35 program is expected to cost the Pentagon about $406 billion for 2,456 fighter jets that the services intend to buy, according to the Joint Program Office.

Rep. Mike Turner, R-Ohio, chairman of a House Armed Services Committee subpanel, said Thursday that he received a briefing from the Marine Corps on the crash in Beaufort, S.C..

“From the ongoing investigation, I am glad that the Department of Defense took swift and decisive action to keep the F-35 fleet and its pilots safe,” said Turner, who is chairman of the House Armed Services Committee on tactical air and land forces.

The F-35 grounding also comes a day after a Senate Armed Services Committee subpanel hearing on Air Force readiness that included the F-35.

During Wednesday’s hearing, Sen. Dan Sullivan, R-Alaska, raised questions on the troubles still facing the F-35 program and its readiness rate of about 65 percent.

“I know it’s a complex aircraft, only took almost two decades to procure and develop which, that’s a whole other topic for a whole other hearing,” said Sullivan, who is chairman of the Senate Armed Services Committee subpanel on readiness and management support. “But it does seem to me kind of ludicrous that we get new aircraft off the production line and within a month they are at 65 percent readiness.”

“And yet for the F-35 that’s a new airplane coming online, coming out into the fleet … in the mid-60s,” he said. “So why is there such a disparity between military aircraft, that are brand new, and commercial aircraft?”

Sullivan asked whether the F-35 could hit an 80 percent readiness mark within a year. John Pendleton, an official for the federal watchdog agency Government Accountability Office, said there hasn’t been enough focus within the Air Force on sustaining the F-35, instead of focusing on production.