Enthusiasts get fill of vintage cars 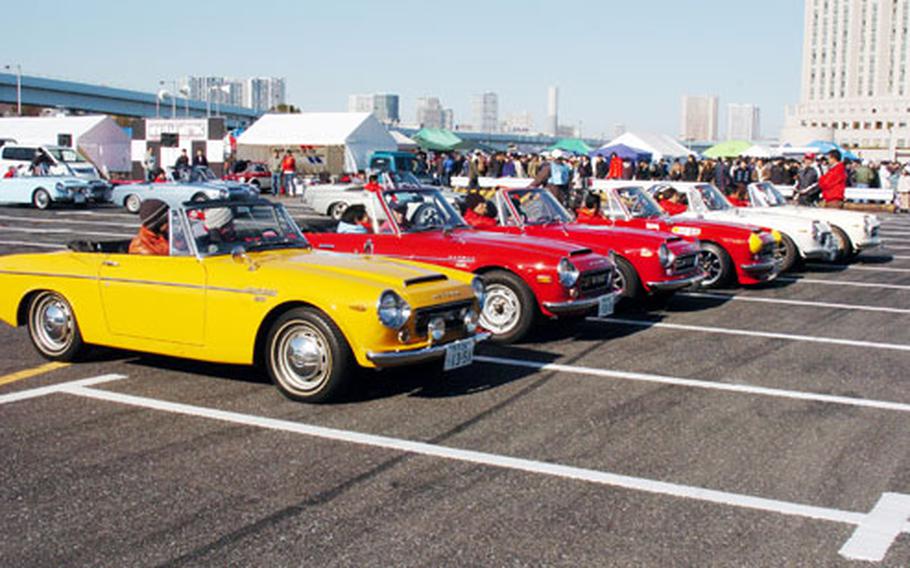 A row of Datsuns line up for a car parade at the Classic Car Festival New Year Meeting. Approximately 13,000 people and over 500 cars were expected to gather during this annual event where classic car owners get to show off their cars and mingle with other historic car enthusiasts. (Christopher B. Stoltz / S&S) 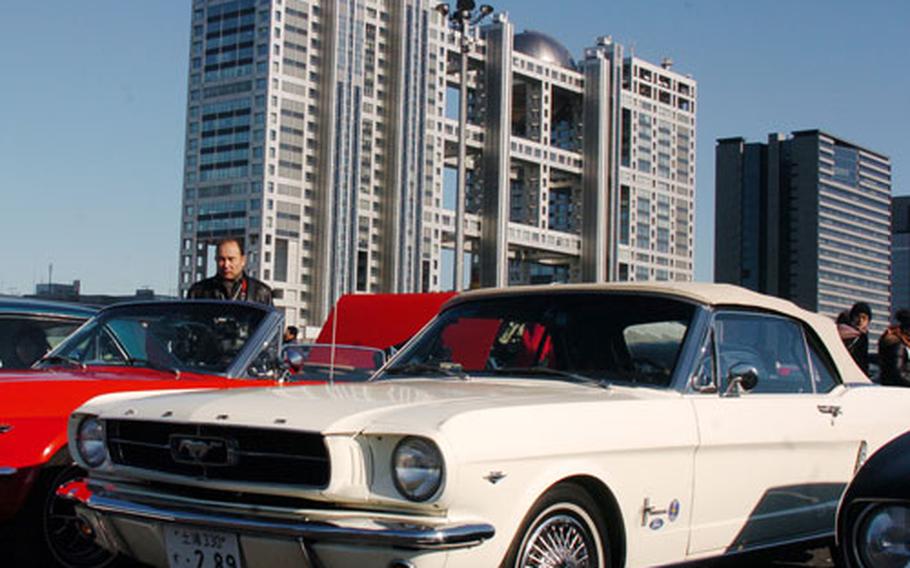 A 1965 Convertible Mustang 289-GT sits in a row of mustangs waiting to be judged. (Christopher B. Stoltz / S&S)

No, they were there to share experiences in restoring their own cars and to compliment other owners on how well maintained their cars were.

The annual event, hosted by the Japan Classic Car Association since 1977, is a chance for car owners to show off their well-maintained, polished vehicles and it allows others the opportunity to look at and sit in cars that they&#8217;ve only seen in magazines.

The festival was broken up into two areas: a display section where cars were parked for people to look around, and a booth section where individuals and companies sold goodies like old car magazines, model cars, stickers and hard-to-find old car parts.

To the delight of many, some cars paraded around the block surrounding the venue, giving visitors a chance to see them in action.

Despite the chill in the air, the event had a cozy atmosphere.

&#8220;I get to see the people I see every year and the new people, who love these kinds of rare cars,&#8221; said car dealership owner Hiroyuki Okane, who has participated in the event for the past 11 years.

The JCCA holds events throughout the year, but this is the only one that exhibits cars. Other events are usually classic car races. The next race will be held at Fuji Speedway on April 13. For more information, check out the Japanese-only JCCA Web site.

Some of the cars that took part in the Classic Car Festival on Sunday: