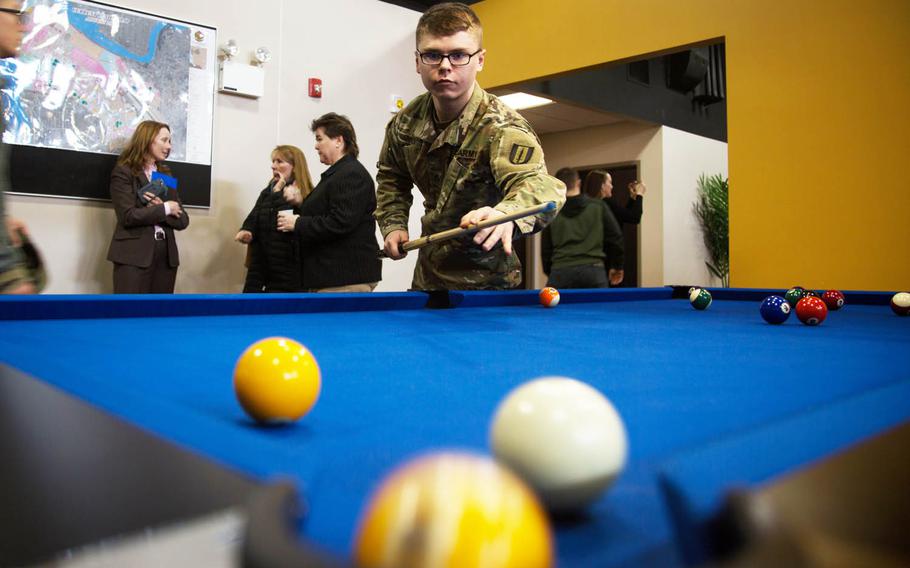 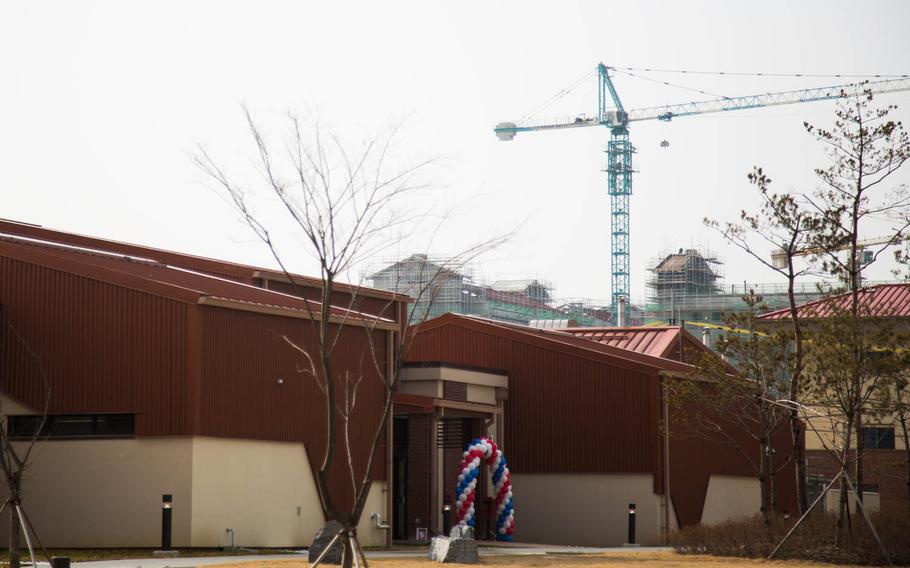 Camp Humphreys has opened a new entertainment mecca exclusively for soldiers, and it's the first of its kind for U.S. Forces Korea. (Marcus Fichtl/Stars and Stripes) 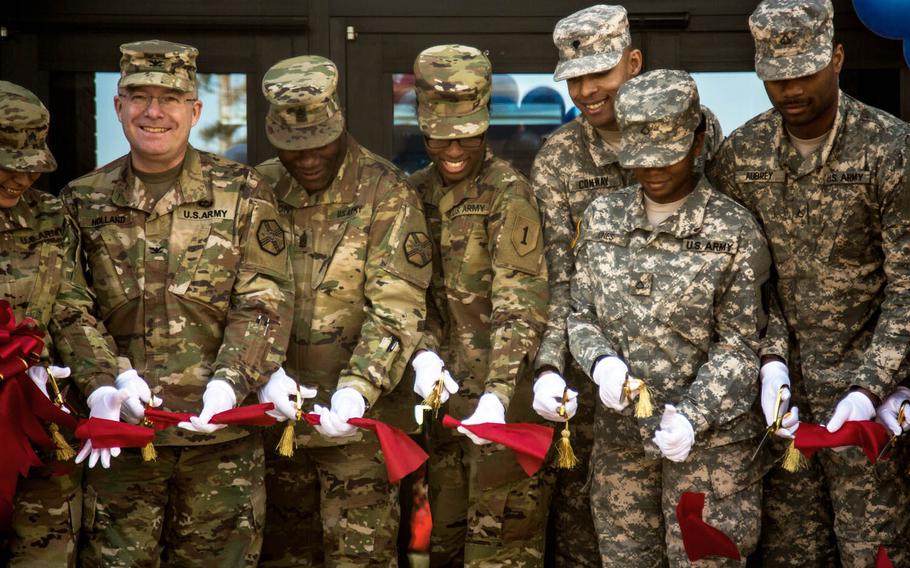 “Today we deliver to our soldiers a state of the art Warrior Zone specifically designed for men and women who are thousands of miles away from their homes in the United States, in many cases not accompanied by their families,” Col. Joseph Holland, garrison commander, said Thursday during the opening ceremony.

“Soldiers will enjoy a myriad of opportunities to have fun, relax and make new friends,” he added.

It’s the latest facility to open as part of the much-delayed expansion of Camp Humphreys, which will eventually house the bulk of U.S. forces being relocated south of Seoul.

Situated in the heart of the planned home of the 2nd Infantry Division, the facility is the first of two planned Warrior Zones. They are the centerpieces of a larger concept to be completed by the end of the year that Holland dubbed a “comprehensive resiliency complex.”

The complex will also include a chapel, a movie theater, multiple gyms and dining options.

The Warrior Zone, which is open from 11 a.m. to 10 p.m. on weekdays and until midnight on weekends, also provides a nightlife alternative to the entertainment district outside the gate that’s notorious for less-than-reputable bars and clubs.

However, Pfc. Manuel Adame, 25, said he believes attendance will be low until new barracks being built nearby are opened.

The 2ID soldier lives near the main post exchange and food court, which is about a $6 cab ride away.

“For some people on the other side [of post], they could care less about this because it’s so far away,” said Adame, a Sacramento, Calif., native who has spent most of his two-year career here.

“This can probably bring soldiers here instead of having them go out in the ville and get in trouble,” he said while checking out the facility at the grand opening.

Pfc. Malik Anderson, 21, of Delray Beach, Fla., who will soon be working across the street in the chapel, agreed. He said he will come to the Warrior Zone every week.

“It has everything I want,” the 2ID soldier said. “I would rather come here.”