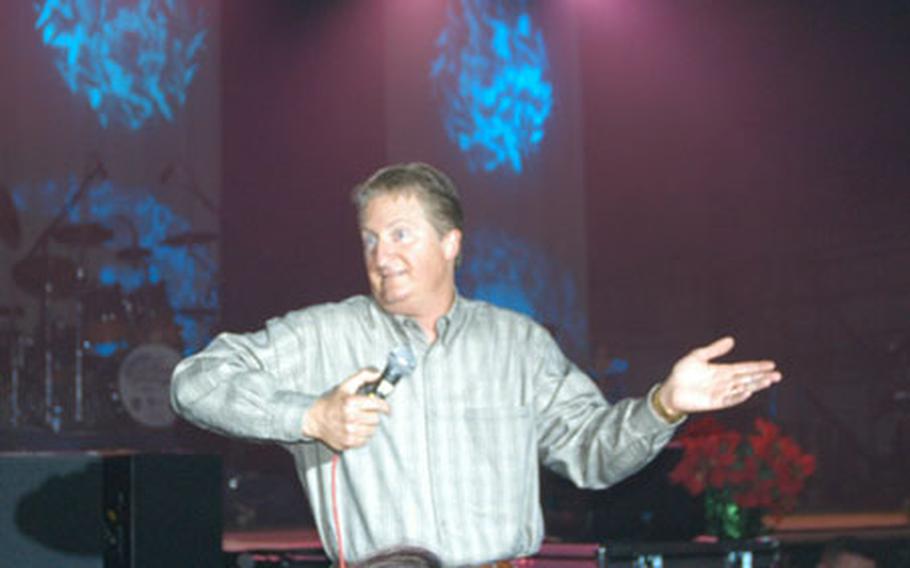 Comedian and author Andy Andrews makes a point Thursday during his stint in the Operation Seasons Greetings show at Aviano Air Base, Italy. (Kent Harris / S&S)

Comedian and author Andy Andrews makes a point Thursday during his stint in the Operation Seasons Greetings show at Aviano Air Base, Italy. (Kent Harris / S&S) 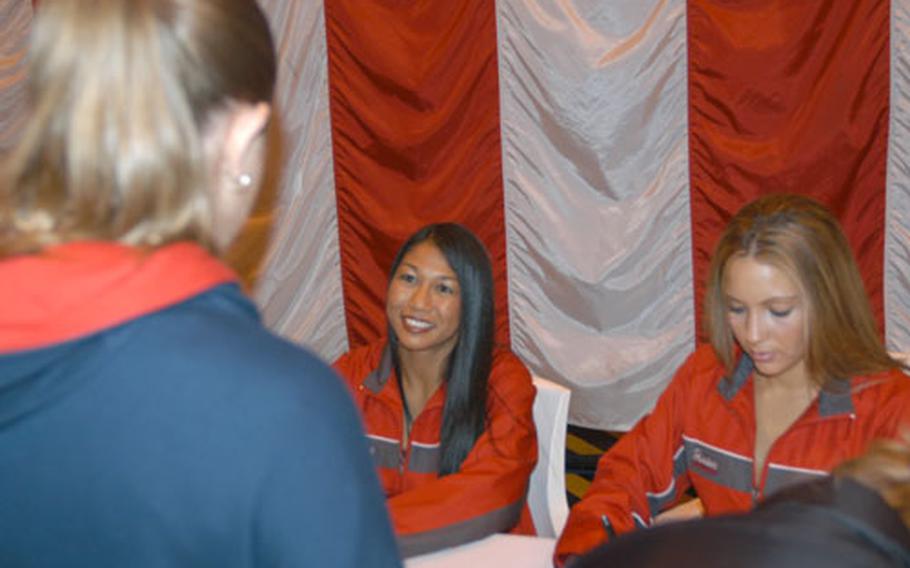 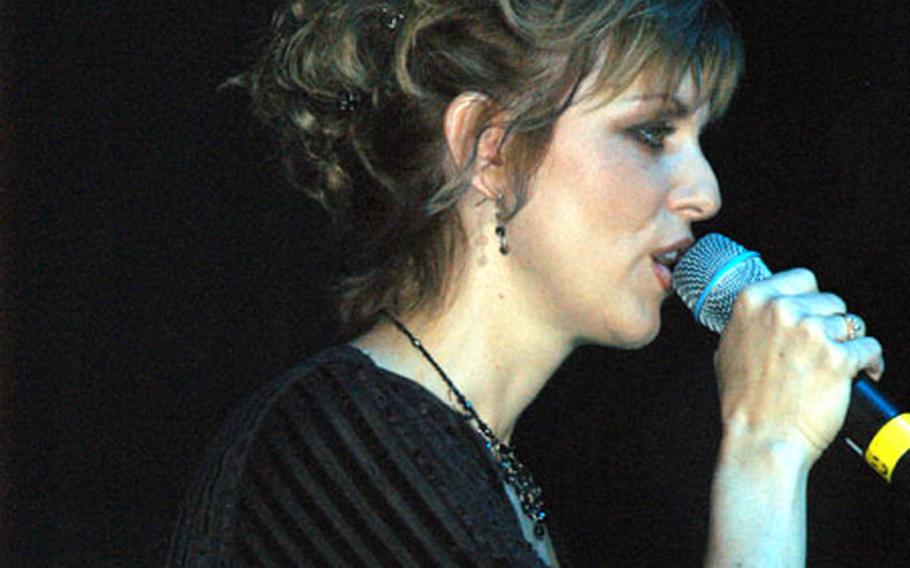 AVIANO AIR BASE, Italy &#8212; You don&#8217;t get to the top of the music charts multiple times without knowing your audience.

And Restless Heart, with seven No. 1 country music singles and a few crossover hits to its credit, is no exception.

&#8220;Following cheerleaders is tough with a military audience,&#8221; said Greg Jennings, a guitarist with the five-member band that&#8217;s close to celebrating two decades in the business.

Of course, it wasn&#8217;t like those attending the Operation Season&#8217;s Greetings show Thursday at Aviano Air Base ignored the guys from Nashville, Tenn. Far from it.

Jennings said he and his bandmates knew exactly what they were getting into. They headlined the show last year as well.

Andrews, like several of those performing, didn&#8217;t have a lot of ties with the military before signing on. He left two kids and a wife &#8212; and missed a wedding anniversary &#8212; in Alabama to come on the trip and will be spending Thanksgiving with a bunch of strangers in Germany. But he said he didn&#8217;t hesitate long when asked about the show.

&#8220;You quickly realize these guys over here are allowing us to live the way we want to live,&#8221; he said, referring to members of the military serving in places such as Europe and even farther from home in countries like Iraq.

Kristin Gauvin, one of the cheerleaders, laughs when she talks about her sacrifices to be on the tour.

Gauvin spent some time near Aviano this summer, visiting her boyfriend, who was living in Venice. Then it was back to classes at Assumption College in Massachusetts, where she&#8217;s near the top of her class academically.

But when the opportunity came to participate in this tour, she leapt at the chance. That&#8217;s due partly to a show she took part in at Fort Hood, Texas, in March.

Many of those on stage could relate because they wear military uniforms on a regular basis.

Senior Airman Aaron Stone, assigned to the 31st Security Squadron at Aviano, opened the night with a few songs he wrote himself and was followed by musicians from the U.S. Air Forces in Europe and Air Force Reserve Command bands.

All those involved stayed after the show to talk and sign autographs.