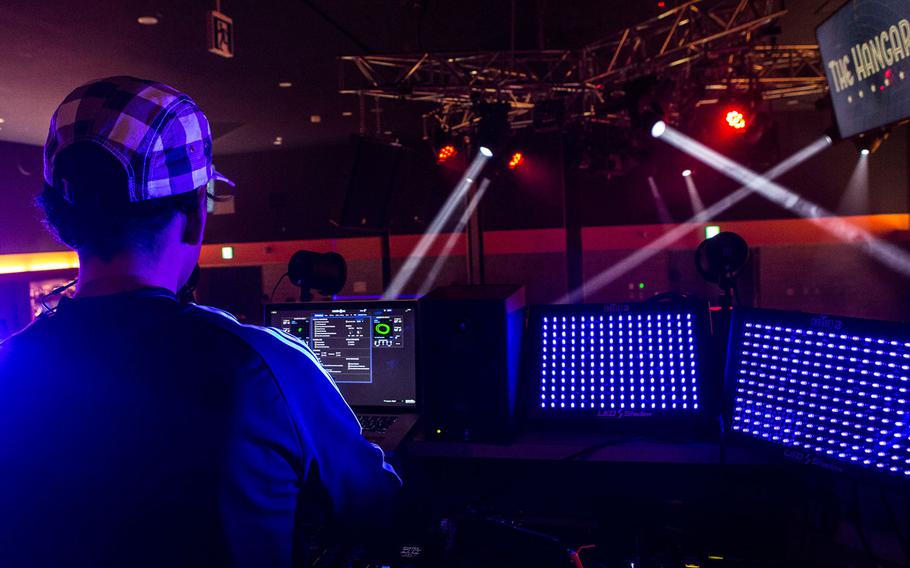 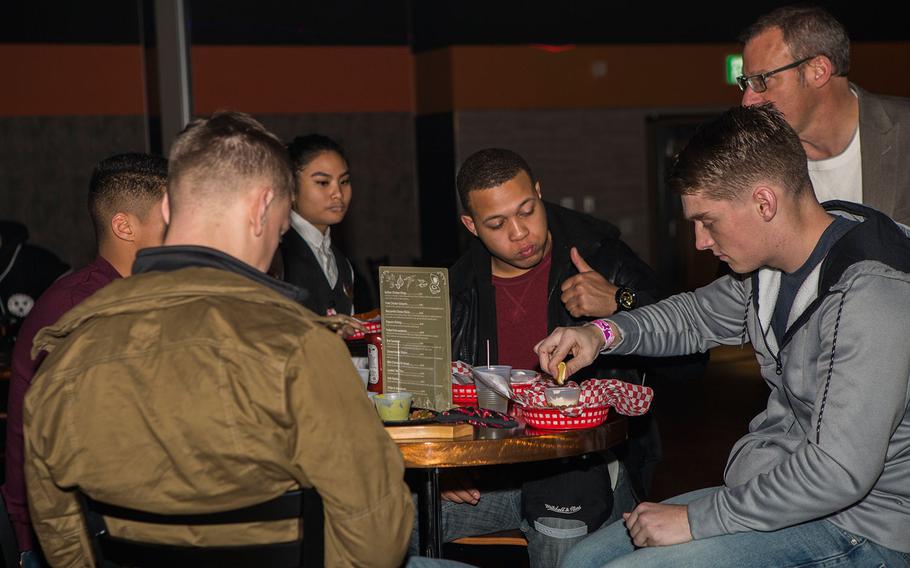 Two hundred and fifty Marines and sailors can fit onto the dance floor of a club that opened last week at Marine Corps Air Station Iwakuni, Japan.

The two-story Hangar E-Club for enlisted personnel E-5 and below boasts a VIP lounge, poolroom and food court on the first floor, and four bars and a large dance area on the second, a Marine Corps statement said. It’s a joint venture between the Defense Policy Review Initiative and Marine Corps Community Services.

“What we are trying to provide here, that we haven’t been able to provide at our other clubs, is an opportunity for servicemembers to experience those same types of club atmospheres that they might in town,” manager Moses Daniel said in the statement.

The Hangar — whose large dance floor is equipped with lasers, strobes and black lights — will host “big-named DJs from Okinawa, Tokyo, and other places around Japan,” the statement said.

Patrons in the lounge and poolroom can order drinks and food such as Irish nachos, pulled-pork sandwiches and chicken gizzards without having to go upstairs, the statement said. The VIP lounge features leather seats, high-top tables, high-speed internet, charging stations and dartboards.

The food court, which is slated to open this spring, will include a Taco Bell and Burger King.

“This will help bring morale up, and that’s a big thing to everyone,” Daniel said in the statement. “It’s hard to be living in another country, and we all want to make it better for everyone.”

The Hangar replaces an establishment called The Landing Zone at Club Iwakuni that also catered to enlisted servicemembers. Plans for that space have yet to be finalized, Daniel told Stars and Stripes on Thursday.