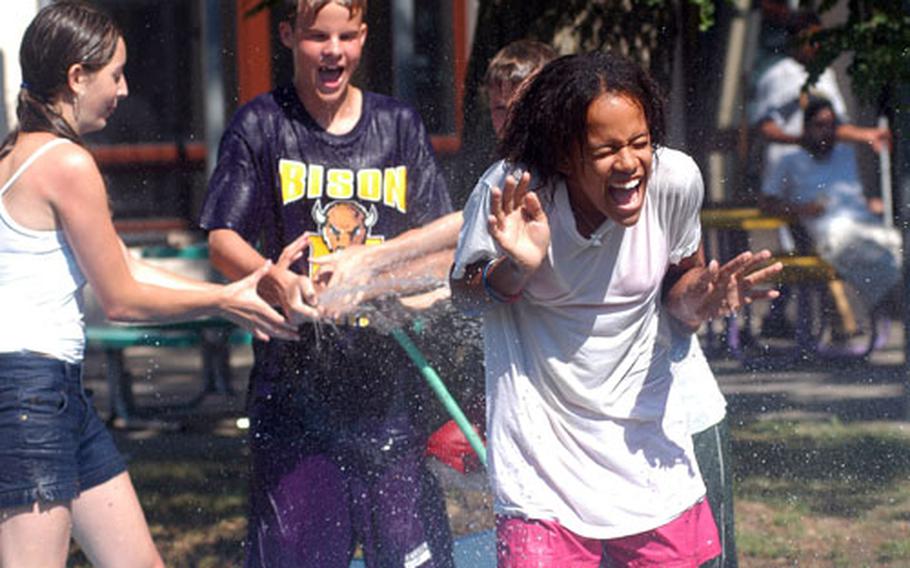 Britain is bracing for a record high temperature today as a heat wave sweeps across Europe.

Forecasters from the U.K. Meteorological Office said Monday that there is a 30 percent chance of breaking the national record on Wednesday as temperatures in southeast England could reach highs of 102 degrees Fahrenheit.

Although temperatures across Europe are not expected to break any records, much of the continent is expecting hot weather for the rest of the week. Germam weather Web site Wetter.de predicts European high temperatures of 96.7 degrees in Paris and London.

The meteorological office said in a release that the hot weather is linked to rising greenhouse gas emissions.

&#8220;Research conducted at the Met Office shows that there is a significant human contribution to these heat waves because of carbon dioxide emissions over recent decades,&#8221; it said. The report went on to say that the high temperatures will become normal by the middle of this century.

The hot weather is cause for concern because of its effect on people&#8217;s health.

Nearly 20,000 people, mostly elderly, died of heat-related illnesses during the Europe-wide heat wave in summer 2003, according to the World Health Organization.

Meyer said elderly people are most vulnerable because they don&#8217;t drink enough water, which lowers blood pressure overall. &#8220;When it&#8217;s this hot, we lose about a liter of water a day just by sweating. People should be drinking at least 2-3 liters of water each day.&#8221;

Not all U.S. troops in Europe have been melting in the summer sun.

The weather has been merciful at the Novo Selo Training Area in southeastern Bulgaria, where about 500 U.S. troops are training with 300 troops from Bulgaria and Romania. There, temperatures have only climbed into the high 80s.

Furthermore, there have been no heat-related casualties, according to Pfc. Shaun Smith, a medic with the Dexheim, Germany-based Company E, 123rd Main Support Battalion.

Despite the unusually high temperatures, people living in Europe may hold their tongues before they start to complain about the lack of air conditioning: Temperatures in the Middle East on Wednesday are expected to be about 20 degrees hotter than in Europe. Wednesday&#8217;s forecast for Baghdad and Kuwait City is sunny with a high of 117 degrees.