Engineers work to get Iraq's oil back on line 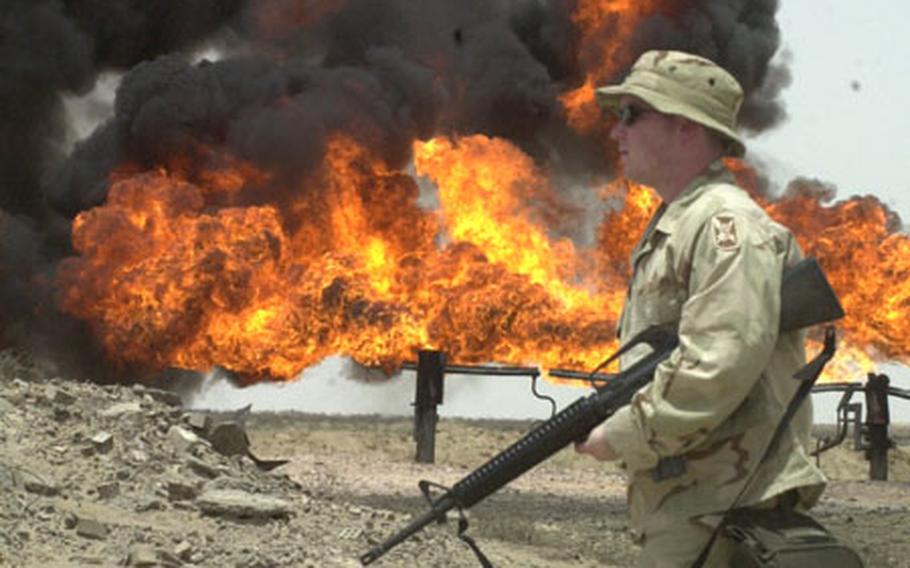 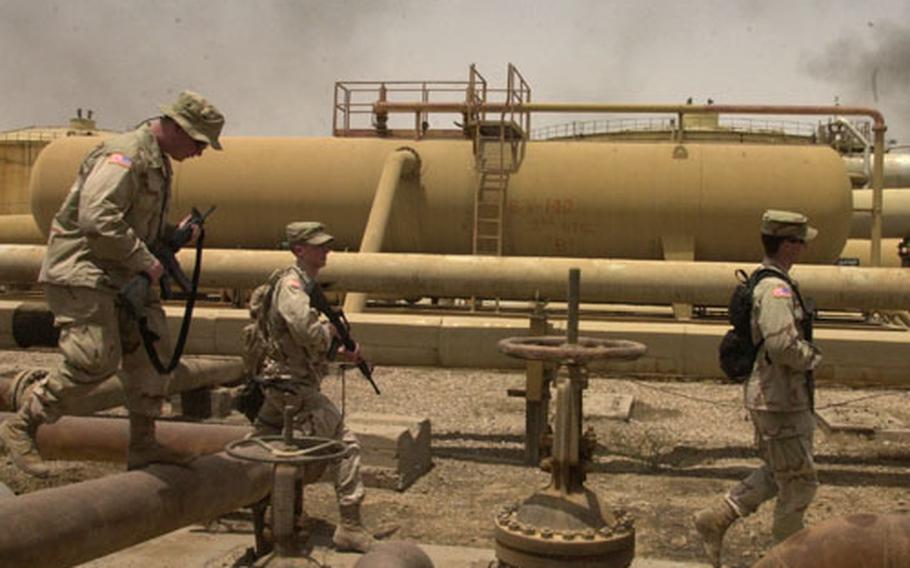 Military intelligence analysts who spent the war within the confines of Camp Doha, Kuwait got a chance to escape this week for a day’s adventure through the Rumallah oil fields. (Rick Scavetta / S&S) 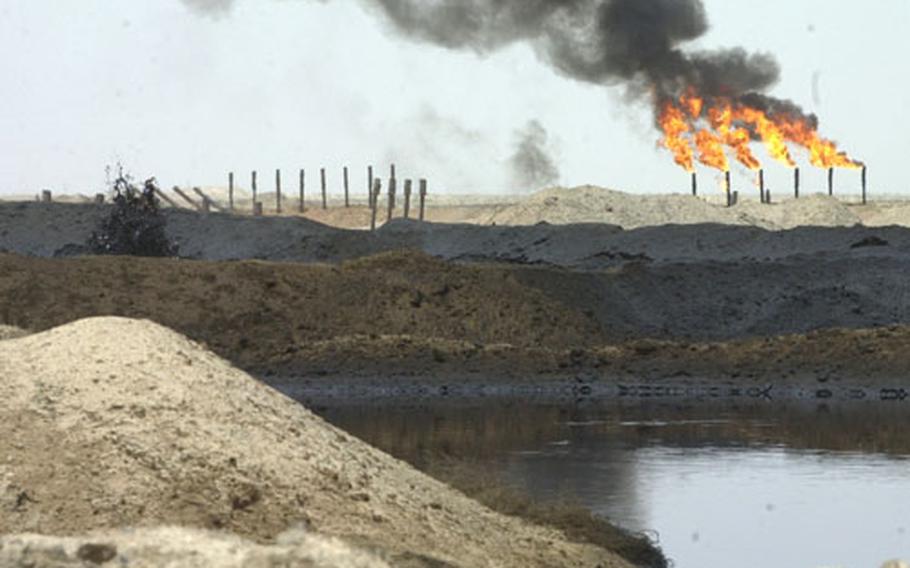 Lakes of bubbling crude surround an oil processing plant near Rumallah, Iraq, as necessary gas fires burn in the distance. The U.S. Army Corps of Engineers is overseeing a vast project to restore Iraqi oil and fuel production to help the local people. (Rick Scavetta / S&S) 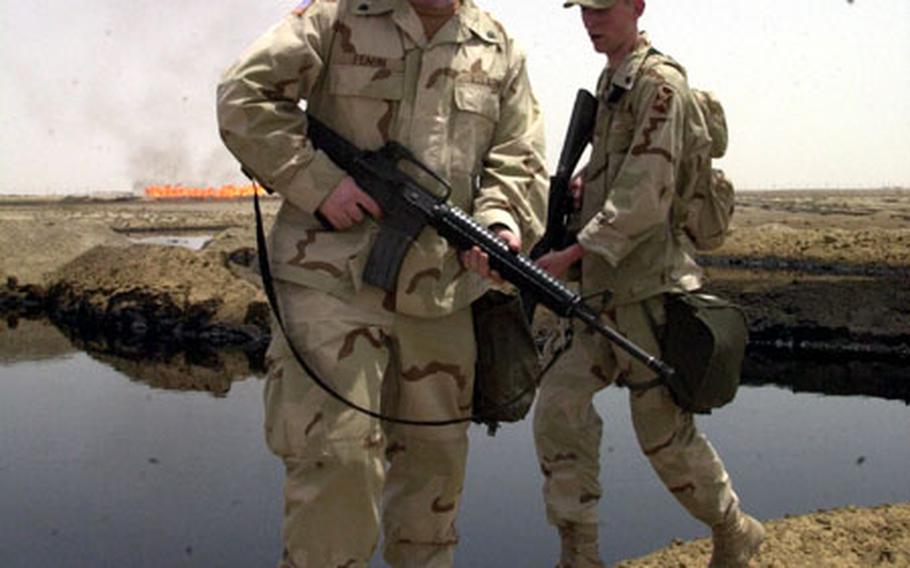 The teams arrived in Kuwait in February and followed U.S.-led coalition troops into Iraq.

Hanging around the engineers all day is becoming a learning experience, Michaels said. Already, he understands why naturally occurring pressure forces small lakes of oil to churn and spurt up like black geysers. And he can name the several gases burned off in 40-foot flames near the plant.

Each day brings a new mission, he said, often to major towns in southern Iraq. Over the past month, the Guardsmen have had shots fired at their convoy and rocks thrown through their windows.

But they are undeterred.