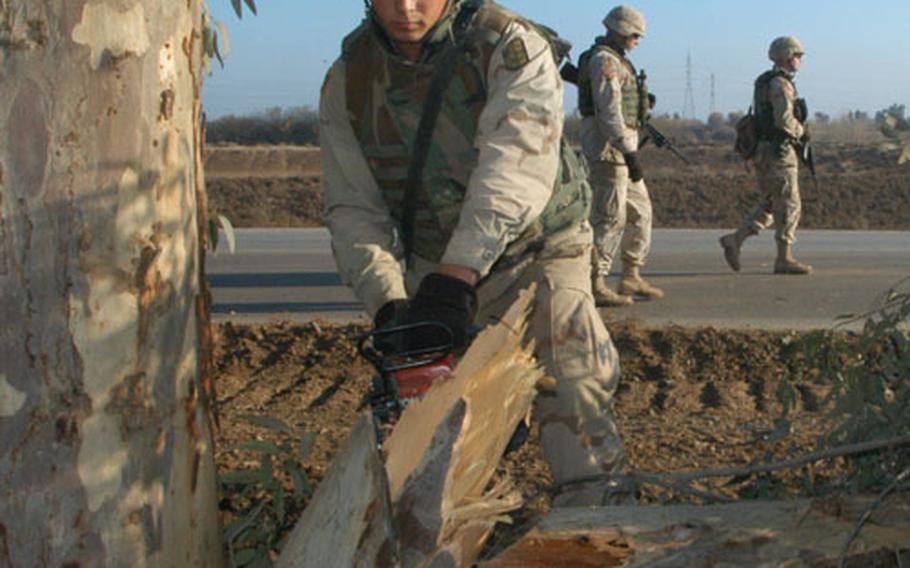 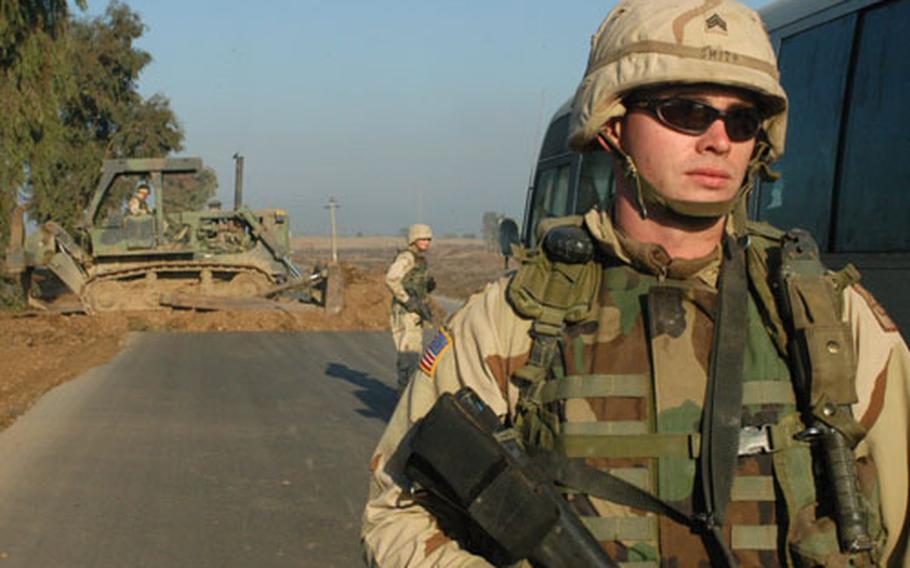 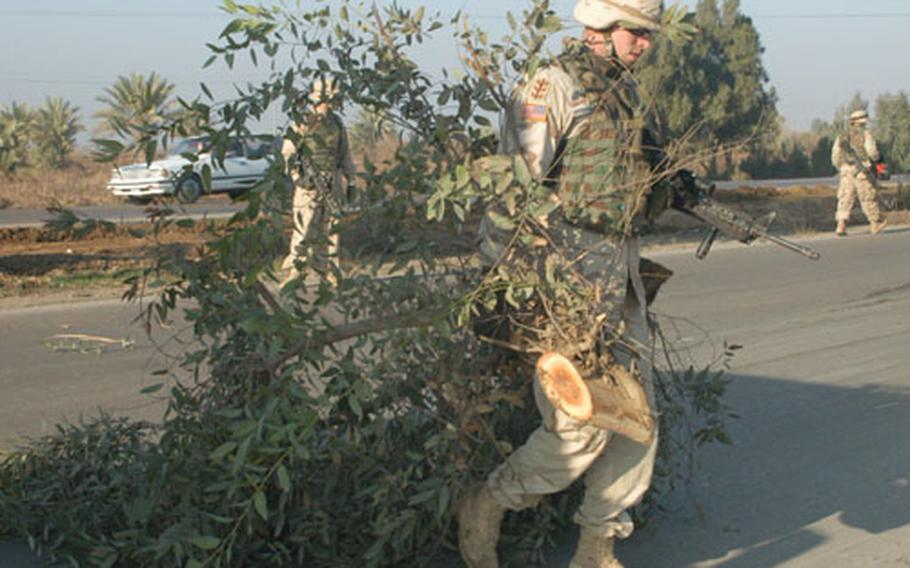 BALAD, Iraq &#8212; While most soldiers in Iraq cringe at the thought of encountering an IED, Army engineers are making it easier for them to do just that.

The engineers want to give passing troops a fighting chance to spot IEDs by flattening medians and shoulders along the thoroughfare.

The Arkansas-based Reserve unit began work several months ago near Bayji, north of Tikrit. Its goal is to clear the highway south to Taji, outside Baghdad. Similar teams are beginning work in other parts of Iraq.

The unit falls under the 130th Engineer Brigade based in Hanau, Germany.

Last week, when the 50-man team headed out at 7 a.m., a cold fog hung low to the ground, clouding visibility past 50 feet. The unit began just south of Samarra, a hot spot for attacks against U.S. troops.

Claunch, 37, who in civilian life practices personal injury law in Fort Worth, Texas, often is out in front of his team, peering into bushes and ditches. While the crew uses blast-resistant vehicles in their search, and bulldozers to plow the ground, someone has to look in the hard-to-get places. Most often, the bombs are found that way, Claunch said.

Each day out, the engineers make progress at a steady pace. Working together with little more than a nod or hand signals, soldiers anticipate one another&#8217;s moves to clear vegetation and provide security.

Driving his bulldozer through a row of shrubs, Sgt. Christian Dornhurst rams into a tree, cracking its base. Spc. Dusty Owens, 19, of Glenwood, Ark., revs his chainsaw and sinks it into the base of the snapped trunk and cuts away some limbs. At times, the engineers let the trees stand, Claunch said.

Nearby, Spc. Nathaniel Marler, 20, of Springfield, Mo., stops traffic so Dornhurst can use the bulldozer to push the trees and debris across the street into a ditch. Several Iraqis glare at the soldiers. Some gesture in anger.

The crew has received occasional rifle fire, but it is mostly inaccurate shots that don&#8217;t justify a response. The more immediate dangers are Iraqi drivers zooming their cars through the work areas, says Sgt. Joshua Smith, 24, a police officer from Joplin, Mo.

Up ahead, troops in the Meerkat minesweeper search for anything metal buried in the ground, followed by a Buffalo that digs up any suspicious objects.

So far, enemy forces have not attacked the small engineer force, which obviously is hindering the insurgents&#8217; plans to attack troops. Just in case, heavily armed squads of troops stand guard.