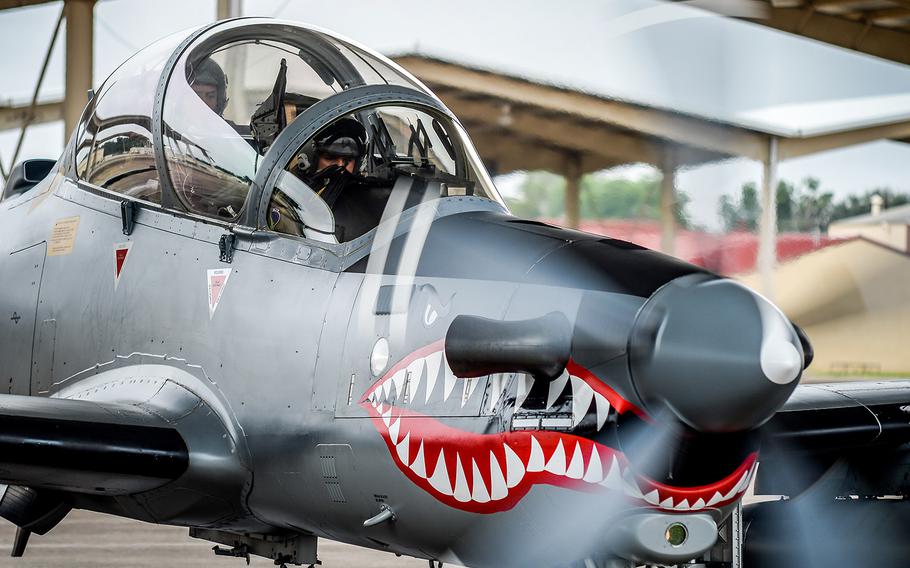 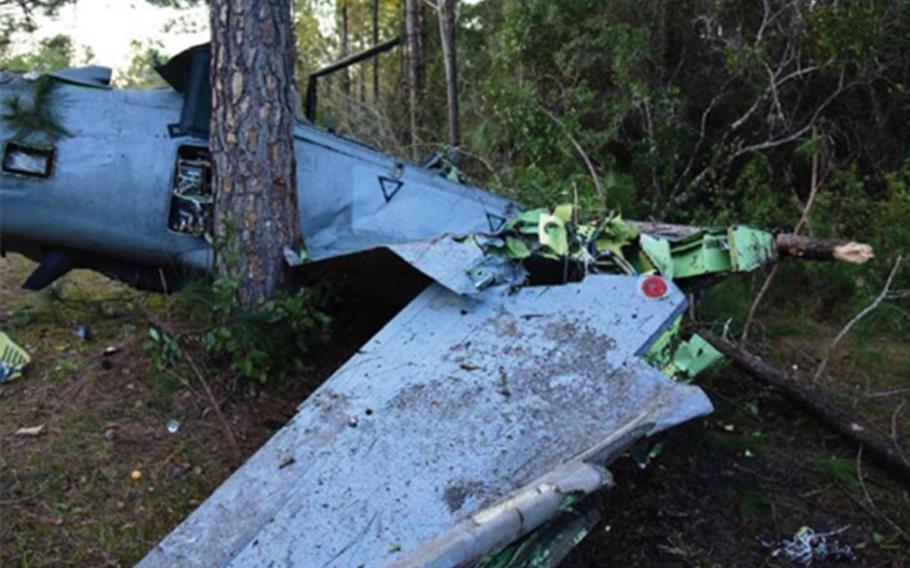 An Air Force A-29 Super Tucano crashed during training last year near Homerville, Ga. The pilots ejected and survived. (Courtesy of the U.S. Air Force)

The plane’s pilots — an Afghan student and an American instructor assigned to the 81st Fighter Squadron at Moody Air Force Base — ejected and survived the crash.

Air Force accident investigators reported last week that the more than $17 million plane had retained “some degree of thrust, but was incapable of sustaining level flight” before it went down.

When the aircraft started losing thrust, the instructor took control but eventually ordered the student to eject at an altitude of 300 feet. Visibility restrictions from the rear cockpit seat and task oversaturation were also factors in the crash, the investigators said in their report.

The Air Force is training Afghans to pilot Super Tucanos, light attack aircraft designed for counter-insurgency, close air support, aerial reconnaissance and flight training. The service is providing 26 of them to Afghanistan’s military, according to the plane’s manufacturer, Embraer.