End of an era: Camp Red Cloud is finally closing — for real this time 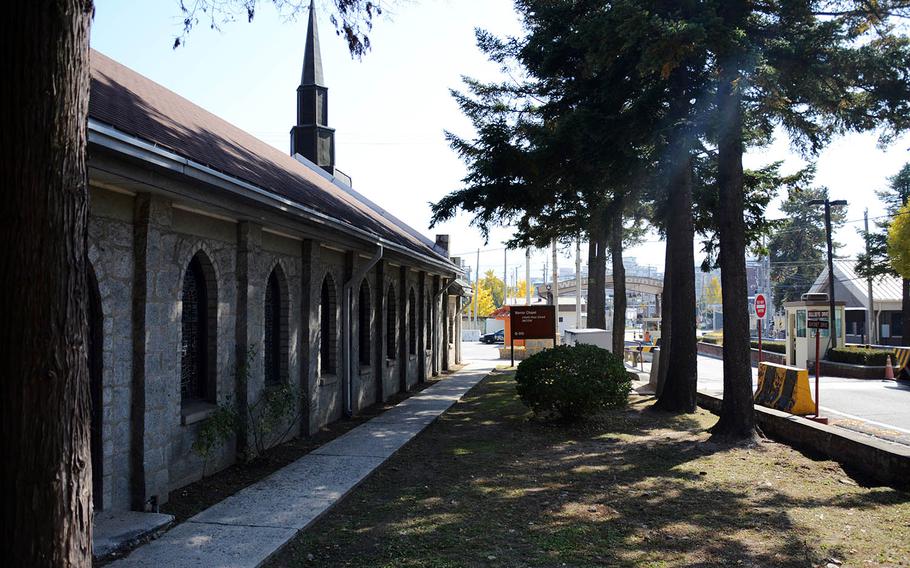 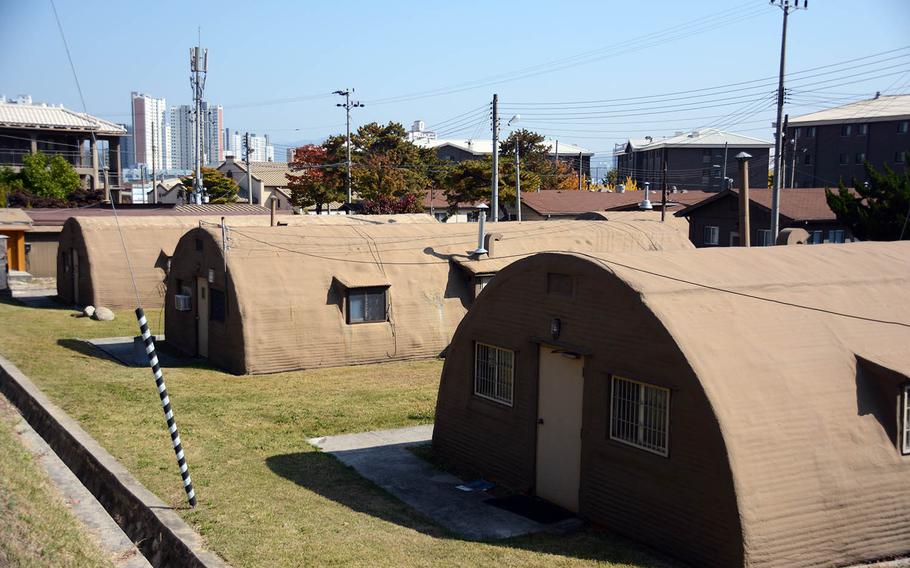 Buy Photo
A row of Quonset huts at Camp Red Cloud, South Korea, with a view of the surrounding city of Uijeongbu is seen Sunday, Oct. 21, 2018. (Kim Gamel/Stars and Stripes) 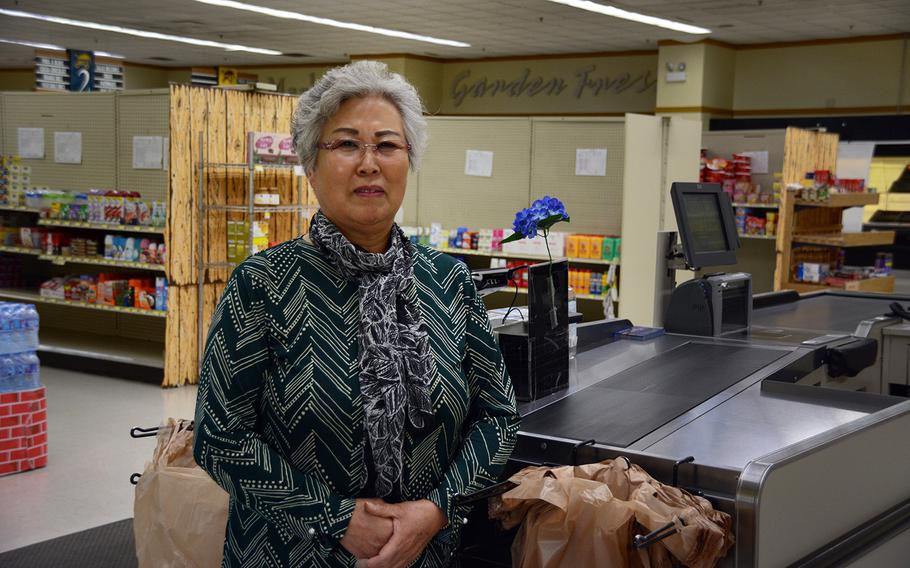 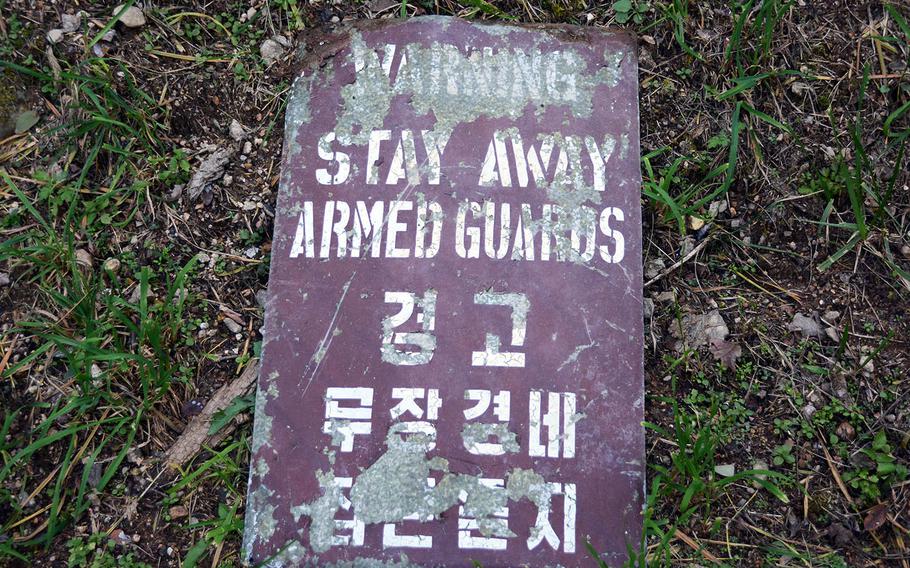 Buy Photo
An old sign lays on the grass along the Green Mile, a running trail consisting of steep stairs along the edge of Camp Red Cloud, South Korea, Sunday, Oct. 21, 2018. (Kim Gamel/Stars and Stripes) 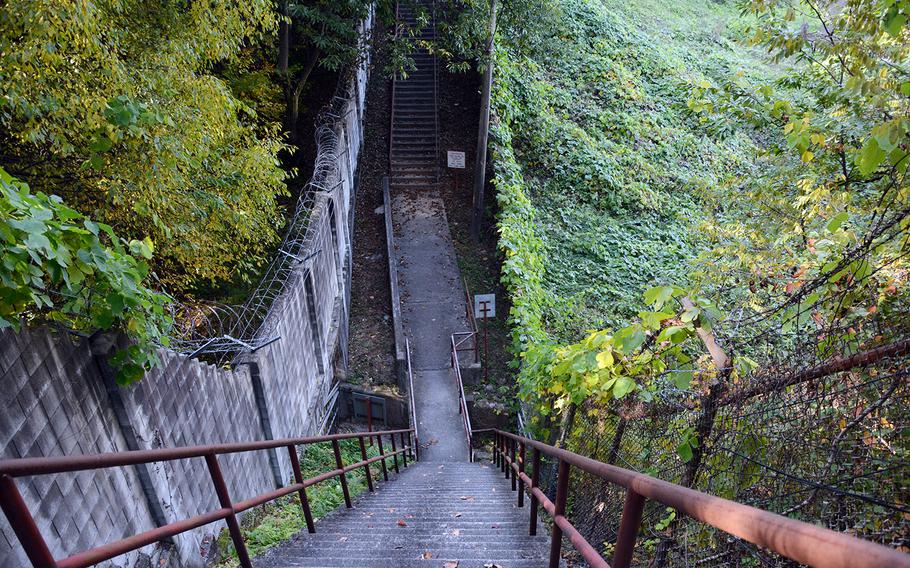 Buy Photo
A section of the Green Mile, a running trail consisting of steep stairs along the edge of Camp Red Cloud, is seen on Sunday, Oct. 21, 2018. (Kim Gamel/Stars and Stripes) 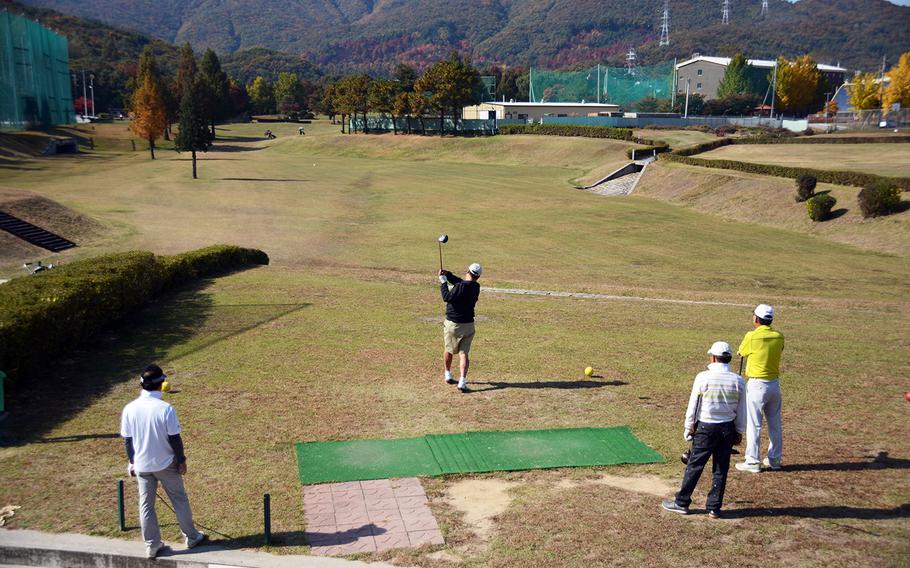 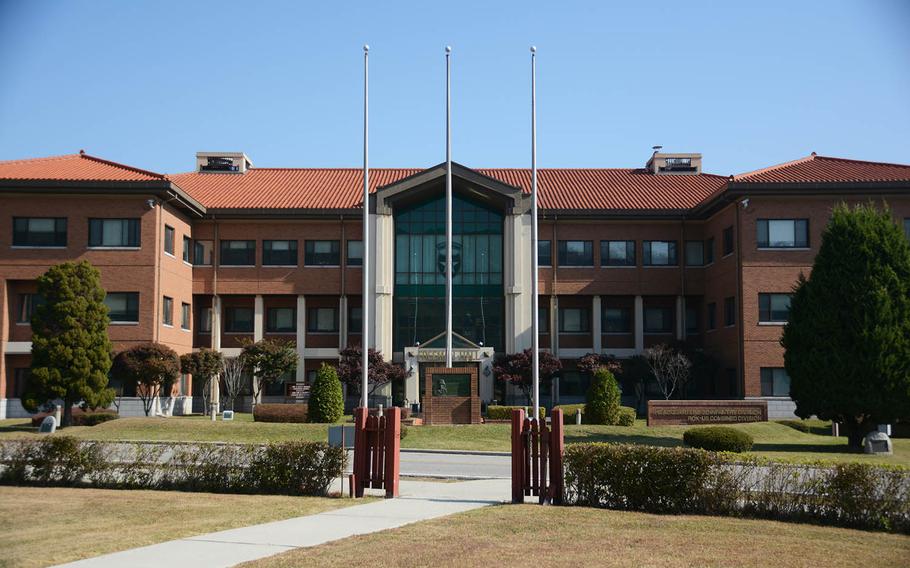 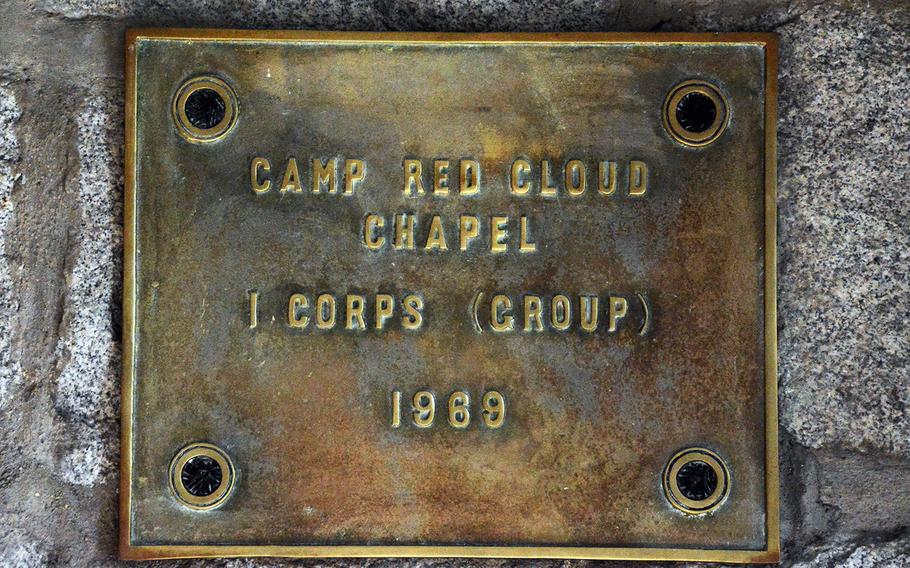 Buy Photo
A plaque shows the year the Warrior Chapel was renovated at Camp Red Cloud, South Korea. The chapel was decommissioned in a ceremony on Sunday, Oct. 21, 2018. (Kim Gamel/Stars and Stripes)

CAMP RED CLOUD, South Korea — The nine-hole golf course is thriving, but the rest of this historic base north of Seoul resembles a ghost town as the U.S. military prepares to return the land to the South Korean government.

Camp Red Cloud, which has been a hub for American troops deployed near the front lines since the 1950-53 Korean War, is finally shutting down as part of a frequently delayed relocation plan.

The 2nd Infantry Division officially closed its longtime headquarters building, known as Freeman Hall, at the base on Oct. 16, lowering the flags and firing a cannon for the last time as the sun set.

About three dozen soldiers and civilians also gathered Sunday in the Warrior Chapel for a ceremony to decommission the white stone building with arched, stained glass windows and a steeple.

The long-anticipated closure of Camp Red Cloud will mark a milestone for a 2004 agreement to sharply reduce the U.S. military footprint north of the Han River. Most of some 28,500 U.S. servicemembers stationed on the divided peninsula have been concentrated in Seoul and bases near the heavily fortified border with North Korea.

Camp Casey, which is farther north, will remain open as the home to the 210th Field Artillery Brigade and other residual forces.

The relocation was initially supposed to be done by 2008 but had to be postponed several times as the largely South Korean-funded expansion of Camp Humphreys was plagued by construction and quality control problems.

The garrison held an inactivation ceremony for Camp Red Cloud in June, but that was a largely administrative bid to consolidate resources.

The Indianhead Division officially moved its headquarters to Camp Humphreys, some 40 miles south of Seoul, last week, becoming the last major command to do so, after the Eighth Army and U.S. Forces Korea. The grand opening of its new headquarters building, which will also be called Freeman Hall, is scheduled for next month.

Camp Red Cloud is on the northwestern edge of Uijeongbu, which was home to the real-life unit that inspired the popular TV show “M.A.S.H.” The base was originally known as Camp Jackson but was renamed in 1957 in honor of Medal of Honor recipient Cpl. Mitchell Red Cloud Jr.

But the shuttering of facilities is only the start of a lengthy transition process, including the capping of utilities and fuel tanks, negotiations over environmental cleanup requirements and other issues related to the status of forces agreement between the two countries.

“It’s estimated that the earliest that CRC will be able to be returned to the [South Korean government] is sometime in January/February 2020 if all of that process goes through and there are no issues,” said Paul Hubbard, the garrison’s lead base-closure analyst.

Hubbard said it has taken between three and 15 years to hand over other bases that have been closed due to disagreements over obligations for environmental cleanup and other issues.

The land will be turned over to the Defense Ministry, but city officials say they’re hoping it will be developed as a security-themed park.

Meanwhile, remaining employees are feeling nostalgic as they preparing to vacate the rest of the facilities.

The only part of the base that was busy Sunday afternoon was the golf course, with several South Koreans taking advantage of a sunny day with fall foliage covering the hills in the distance.

The golf club, with annual fees ranging from $300 to $1,000, is open to active-duty servicemembers, retirees and South Koreans who work for the military or are part of outreach programs. It’s also due to close by the end of the year.

The commissary, which is now full of empty shelves, will close Monday, according to the two remaining employees. Checker Sunny Avery, who will transfer to Camp Humphreys, said business has slowed to a trickle over the past few months.

“But it’s so sad that it has to close,” she said. “It was really friendly and kind of like family; everybody knows each other.”

Lee Jong-sook, 69, has worked as a bagger earning tips at the grocery store since it opened in 2001.

“I’m looking forward to retiring, but I’m sad about leaving all these good people,” she said.