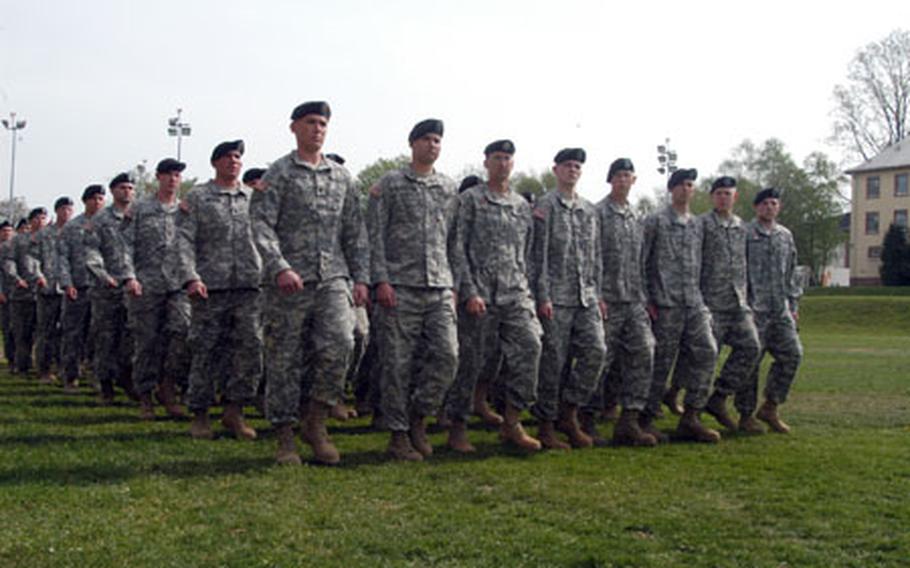 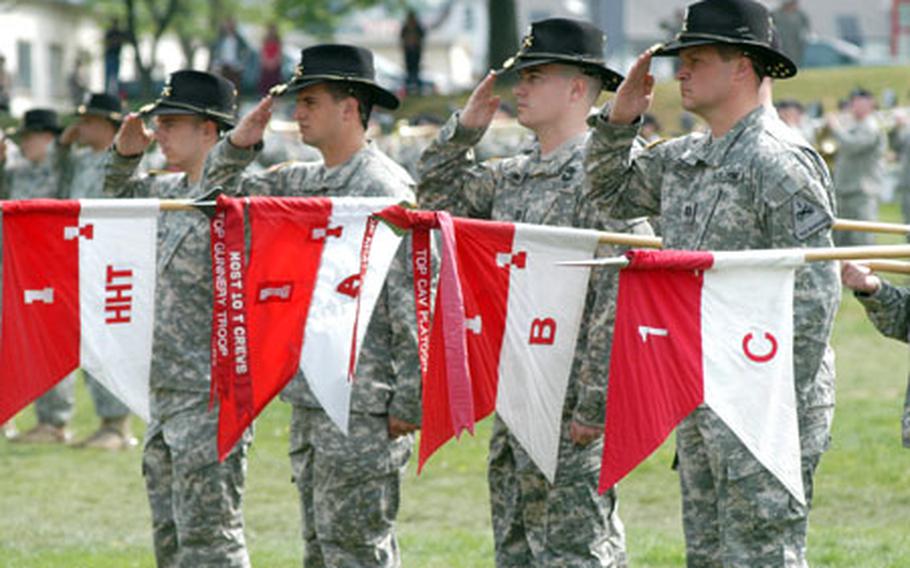 The 1st Squadron, 1st U.S. Cavalry Regiment, the oldest and most-decorated cavalry squadron in the U.S. Army, cased its colors Tuesday in a ceremony at Armstrong Barracks, a longtime home for U.S. cavalry units in Germany.

&#8220;This inactivation will be temporary because you cannot keep a good unit down like this,&#8221; Col. Darryl A. Williams, commander of 1st Armored Division&#8217;s Division Artillery, said during the ceremony.

The ceremony, the second inactivation for the squadron in its 174-year history, also signaled the end of the U.S. Army in this sleepy valley town.

The history of the unit &#8212; a story that took about five minutes of narration during the ceremony &#8212; began in 1833 and included involvement in every major U.S. war since, with the exception of World War I.

Most recently the squadron deployed to Iraq in 2003 and served a 16-month tour during which it lost three soldiers, including its top enlisted soldier, Command Sgt. Maj. Eric F. Cooke, who died in combat on Christmas Eve.

Since returning from Iraq in July 2004, the unit has served as U.S. Army Europe&#8217;s Immediate Reaction Force, deploying to South Korea, Romania, Bulgaria and the United Kingdom for training exercises. When its members weren&#8217;t abroad, they were training here in Germany.

The job kept them busy, but it also kept them out of the wars in Iraq and Afghanistan, which many troops were eager to experience.

The history of the U.S. Army in B&#252;dingen is another story. For the past 62 years, soldiers have walked the streets here as neighbors, becoming de-facto citizens, sharing Christmas, Thanksgiving, Fasching and other celebrations.

Before squadron members deployed to Iraq in 2003 they slogged through floods with the townsfolk, sandbagging the historic parts of the town from rising water.

Roberts stayed for a number of reasons. The German girl he met is one.

McKenna summed up the rest of it best: