En route to the Middle East, 'Ike' makes a call in Naples 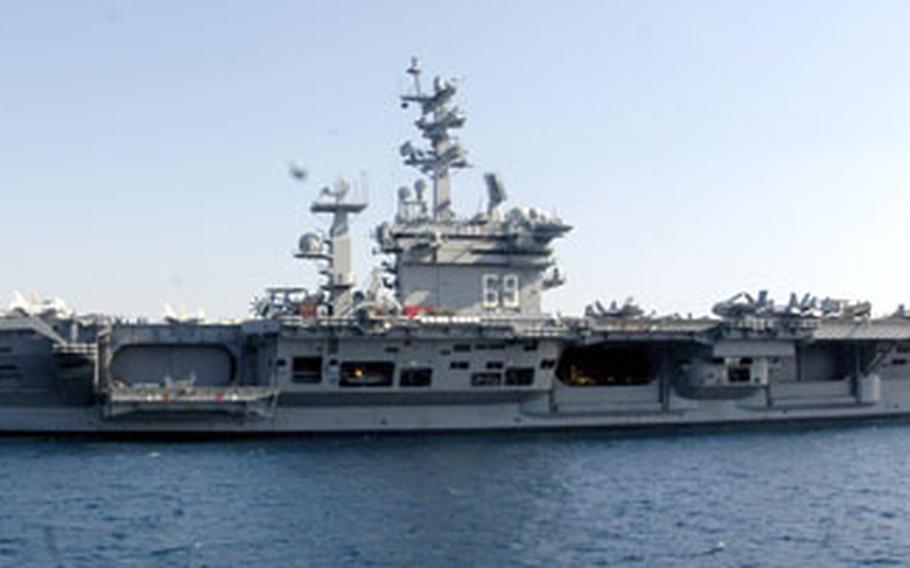 The aircraft carrier USS Eisenhower, anchored about a mile from the downtown port of Naples, Italy during port visit on Tuesday. (Sandra Jontz / S&S)

The aircraft carrier USS Eisenhower, anchored about a mile from the downtown port of Naples, Italy during port visit on Tuesday. (Sandra Jontz / S&S) 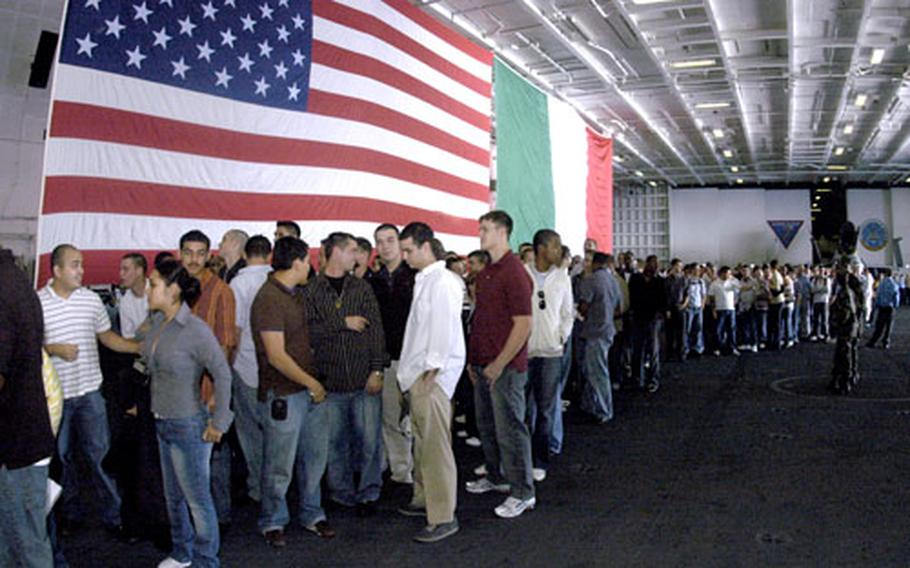 Sailors waited in line for more than an hour Tuesday afternoon to leave the aircraft carrier USS Eisenhower as the ship made a port visit in Naples, Italy, the vessel&#39;s first port call since leaving Virginia on Oct. 3. (Sandra Jontz / S&S) 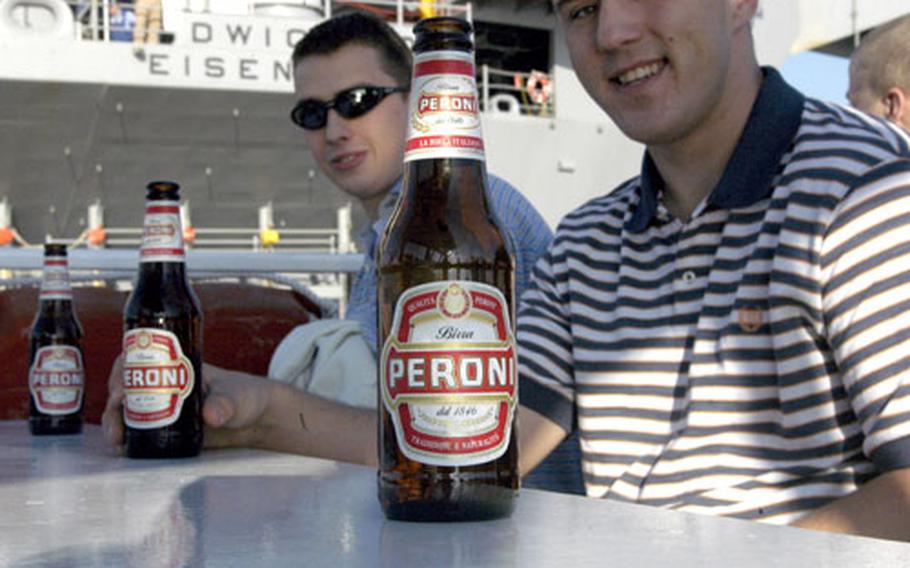 Savoring a popular Italian beer, Peroni, was one of the first things some sailors did after boarding ferries that took them to the port area in downtown Naples for their liberty call. (Sandra Jontz / S&S)

On Tuesday, the 41-year-old sailor with dual-citizenship arrived in Naples &#8212; several hundred miles north of her Sicilian home. But she&#8217;s only staying a few days as the ship on which she serves as an assistant dental technician makes a port visit.

This is the first time the aircraft carrier USS Dwight D. Eisenhower sails to the Middle East to join the fight against terrorism. The &#8220;Ike&#8221; last deployed in February 2000, returning to its homeport of Norfolk, Va., in August of that year for scheduled maintenance and refueling of its two nuclear reactors.

On Tuesday, the Eisenhower and the guided-missile cruiser USS Anzio arrived in Naples for a port visit, their first since setting sail from Norfolk on Oct. 3.

The 29-year-old carrier, which celebrates its commissioning birthday Wednesday, leads Carrier Strike Group 8, made up of Carrier Air Wing 7, Destroyer Squadron 28, and four other Norfolk-based ships. The others include the guided-missile destroyers USS Ramage and USS Mason and the fast-attack submarine USS Newport News.

They are slated to relieve the Norfolk-based aircraft carrier USS Enterprise and its strike group, now in the Arabian Sea supporting operations in Afghanistan.

It&#8217;s been a long two weeks of wall-to-wall gray, said Airman Chima Uwamechuna, who stood in the liberty line for about an hour Tuesday to make it off the carrier and into downtown Naples. With the wait so long, the 21-year-old said he was annoyed that he&#8217;d have to be back at the Fleet Landing by 10 p.m.

Like about 70 percent of her fellow sailors, Petty Officer 3rd Class Shavondra Heyward is on her first tour.

Sightseeing was at the top of most sailors&#8217; agendas, both in Naples and in Italy&#8217;s capital city of Rome.

For Petty Officer 2nd Class Andrew Howard, the visit highlight likely will come at tee time Wednesday at the U.S. Navy&#8217;s recreational facilities at Carney Park, where he&#8217;ll test out his new, custom-made set of clubs fashioned entirely by hand on the ship by Petty Officer 1st Class Lewis Mesta.