Employment a key to solving problems in Iraq, Chiarelli says 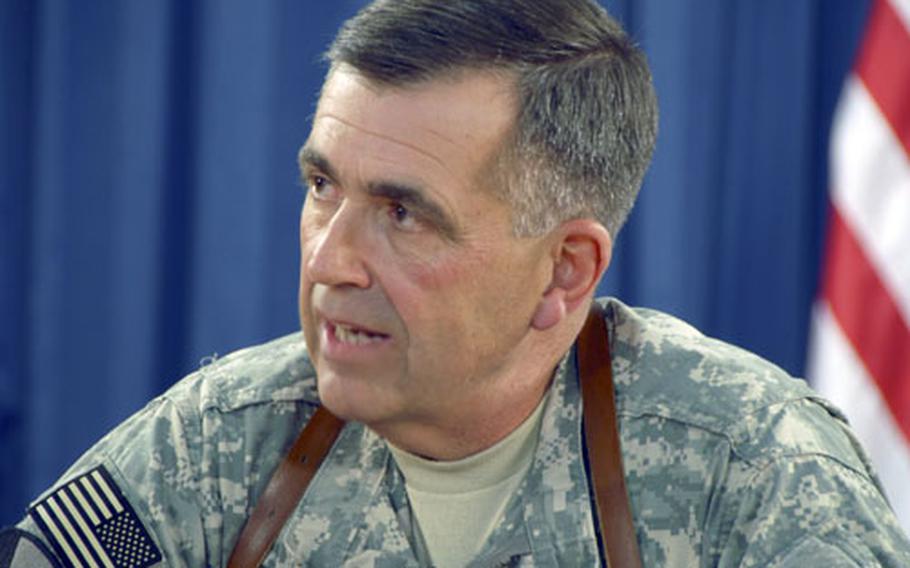 BAGHDAD &#8212; The outgoing U.S. combat operations commander in Iraq said Tuesday that addressing economic issues &#8212; unemployment chief among them &#8212; would have a greater impact on security in the country than increasing the number of troops.

&#8220;I don&#8217;t necessarily believe that adding forces is the answer to every problem we have over here,&#8221; Lt. Gen. Peter Chiarelli said at a news conference in the Green Zone.

He stressed that the solution to the rampant violence is not a military one.

&#8220;I know everybody wants us to charge out there and make everything OK,&#8221; Chiarelli said about the quality of work the military is doing.

But this &#8220;singularly unique&#8221; conflict in the nation&#8217;s history requires a more dynamic approach, the three-star general said.

He said even a small decrease in unemployment would have a &#8220;tremendous effect on the level of violence.&#8221;

Chiarelli said progress with basics like picking up trash and making potable water available, opening factories that were abandoned during the invasion in 2003, and reintegrating members of militias should be the focus of efforts in Iraq &#8212; not combat operations.

Economic, reconstruction, transitional, governance and military factors have to be dealt with simultaneously. It can not be a sequential progress.

With a maturation of the other operational lines, the military can tackle those Chiarelli calls the &#8220;irreconcilables,&#8221; the people who won&#8217;t be happy no matter what is done in the country.