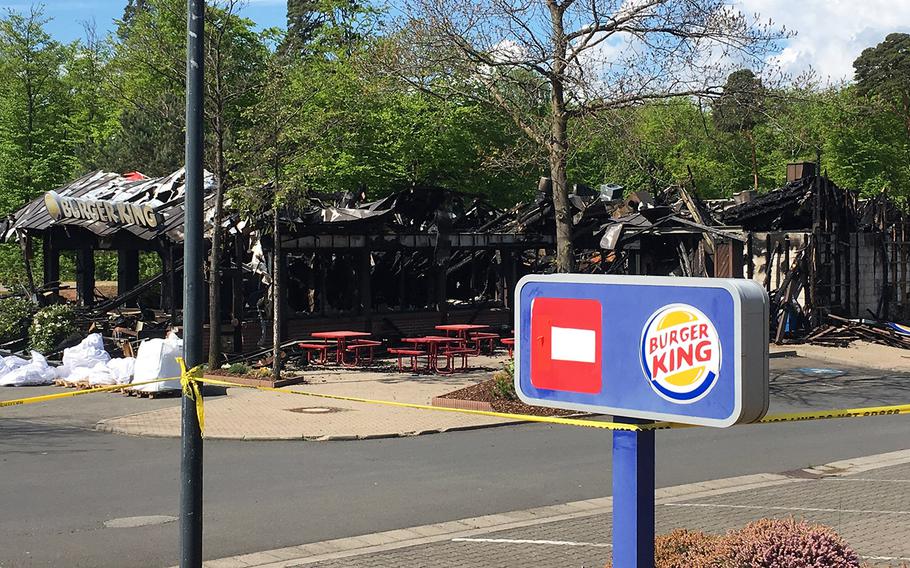 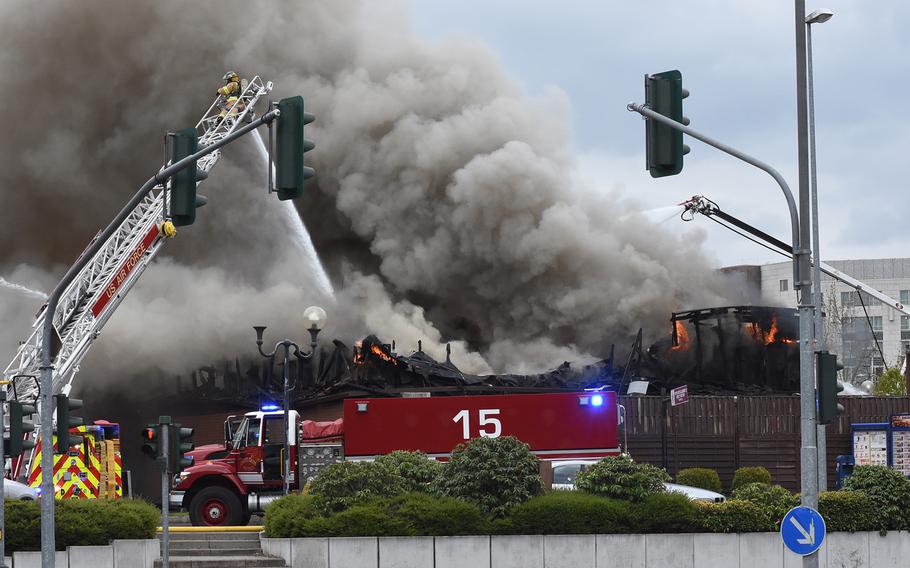 Buy Photo
Heavy smoke rose from the Burger King at Ramstein Air Base, Germany, on Sunday, April 16, 2017. A German employee of the Burger King sparked the fire with a small torch used to kill weeds, according to the German prosecutor's office. (Jennifer H. Svan/Stars and Stripes)

KAISERSLAUTERN, Germany — The Easter fire that destroyed the Burger King on Ramstein Air Base in April was started by an employee using a blow torch to kill weeds outside the building, German authorities said Monday.

The investigation into the fire’s cause determined that a 36-year-old German accidentally sparked the blaze, said Thomas Lissmann, senior public prosecutor with the Zweibruecken prosecutor’s office.

The blaze quickly consumed the building and burned for hours, gutting the restaurant. Army and Air Force Exchange Service officials estimated the structural loss at $1.6 million.

Lissmann said it’s not certain whether the employee will face charges for “negligent arson.” At minimum, the man could be required to pay a fine or receive a written warning without any further penalty.

Blow torches for lawn care are popular in Germany, where the use of potentially harmful chemicals is generally frowned upon. The typical device consists of a hose and nozzle attached to a propane tank and releases a small, but powerful flame.

Lissmann said that people often underestimate how quickly a fire can start when using these burners. “Especially, when it is dry and someone is using an open fire, something can happen very quickly,” he said.

Despite Burger King’s location on a U.S. military facility, German authorities had jurisdiction over the investigation because no U.S. military member was involved, Lissmann said.

Military officials “did not pursue an independent investigation because the incident was not an on-duty accident or mishap and it was not connected to the duties of Air Force personnel,” Capt. Kay Nissen, U.S. Air Forces in Europe – Air Forces Africa spokeswoman, said in a statement.

AAFES already had plans to demolish Burger King, which was built in 1989 and last renovated in 2008. A new combined Burger King and Arby’s drive-thru is scheduled to be finished by August 2019, AAFES officials said.