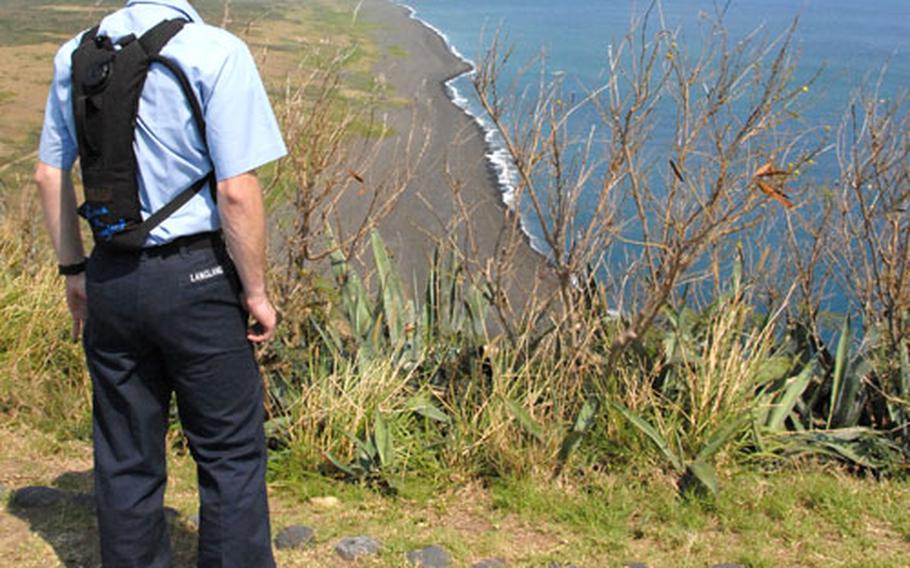 Seaman Joshua Langland gazes out onto the sands of Iwo Jima, where his grandfather fought in World War II. (Megan McCloskey / S&S)

Seaman Joshua Langland gazes out onto the sands of Iwo Jima, where his grandfather fought in World War II. (Megan McCloskey / S&S) 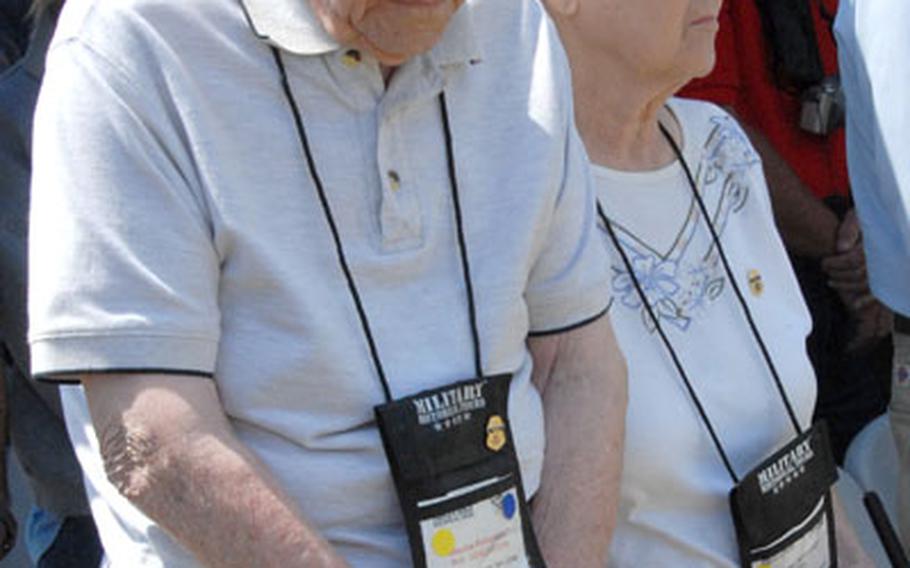 Iwo Jima veteran Maurice Richardson stands during a moment of silence for those Japanese and American servicemembers who died during the battle for Iwo Jima. (Megan McCloskey / S&S) 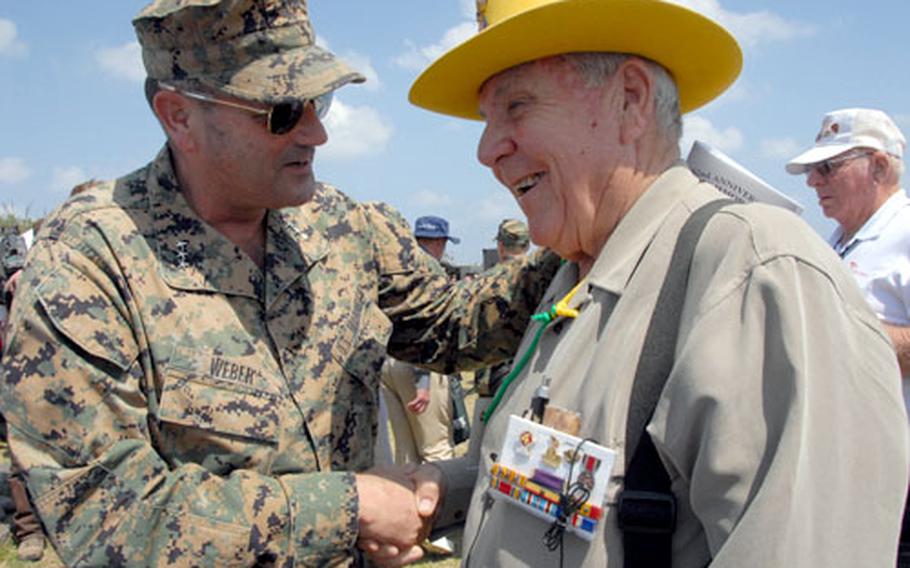 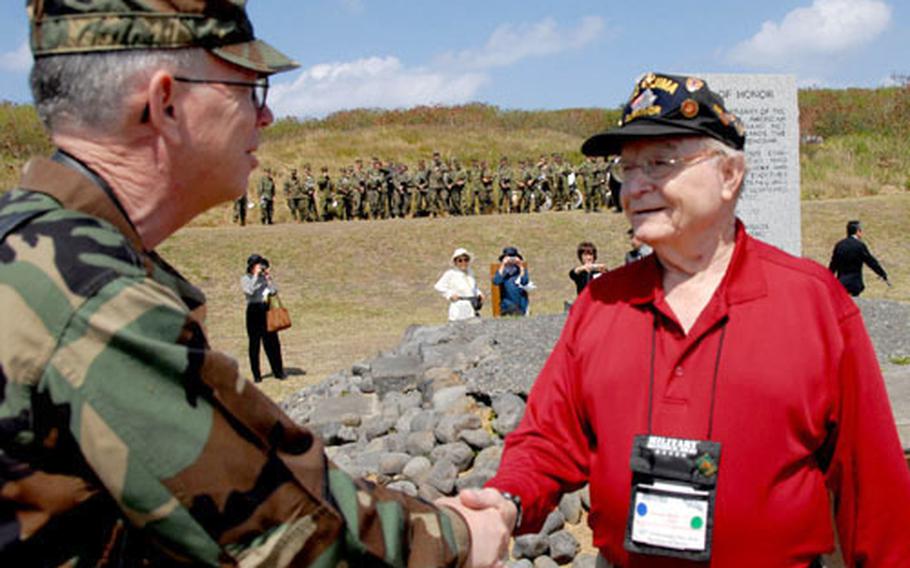 The Okinawa-based Marines embarked from USS Harpers Ferry on Saturday to travel to the small island off Japan&#8217;s eastern coast.

King said the last year has been a long sprint for his Marines with nonstop deployments around the Pacific to places such as Thailand, the Phillipines, Cambodia and South Korea &#8212; some of them more than once. So when the opportunity arose for the unit to go to Iwo Jima, King jumped at it.

The Marines spent most of their time on the island prepping for the ceremony, but they also had a chance to do a little exploring.

&#8220;It&#8217;s an honor to set foot on that black sand,&#8221; said Lance Cpl. Jenzen Espanto, who helped teach a Japanese servicemember how to perform his role in the color guard presentation at the ceremony.

Cpl. Josh Curran, a fifth-generation Marine whose grandfather lost a leg in the battle, wanted to see as much of the island as he could. His grandfather died in 1998 and hadn&#8217;t shared much about his experience at Iwo Jima, he said.

Along with many of the Marines placing dog tags and chevrons at the memorial atop Mount Suribachi, Staff Sgt. Matthew Frisvold planned to raise an American flag he brought with him.

For Jonathan Yenic, who is still working on his first stripe and is just a few months out of boot camp, the commemoration was his first official color guard ceremony.